Time to give some hope back to the PC User?

Let’s be honest, It’s been a rough year for the PC User. Personally, I was involved in the Alpha testing process and was filled with much hope at that time for a sim that could do it all. Amazing graphics, decent flight models out of the box, and the incredible weather system. Sure it was never perfect from the start, ATC was a disaster, the airliners were unflyable and there were definitely a number of game breaking bugs. But there was hope back for the future, for updates that would continually improve on the user and sim experience.

What we have recieved is sadly the opposite. Updates that are now feared among the flight sim community because we don’t know what new bugs will be introduced. A massive downgrading of LOD and graphics upon each sim update. It’s clear the focus for the past year has been predominantly on the release for xbox.

Now it’s been released, I think it’s time the PC community who have been (mostly) patient to date get some love. Asobo, show us what the sim is capable of with modern hardware. Allow us to experience how the sim can run without all these constraints. Give us some hope that the future of the sim can and will cater for both xbox and PC

I never lost hope. It’s better than ever for me. LOD and graphics are better and everything as far as I am able to tell. I remain fully confident that with each update going forward, all the other little things will begin to fade away into the history books.

It’s clear to me that the focus for the past year has been predominantly to make the sim run smoothly and take care of inevitable bugs.

I’ve always held faith in the ultimate goal of each FS version.

Imagine being someone who played Madden for years and the game got worse but yet more expensive with more glitches every release(yearly) with zero support. I think a lot of you would be very thankful for the free updates, the free planes, the free improvements, all for some temporary inconveniences that will more than likely be addressed and fixed, for free.

The game keeps getting better with every update. I spent $1k on a new pc, video card, joystick and game and I haven’t had many problems. However this newest update is causing my game to crash a lot and it’s disheartening but I am positive it will get addressed and more than likely soon and when it is fixed, the game will be better than it previously was.

In summary. $uck it EA, thank you Asobo.

I will wait until I apply the “hotfix” but right now I have had more CTD in the past two days than in the whole time FS2020 has been out. I hope the “hotfix” solves that. By the way I have NO add-ons and my community folder is clear.

I wouldn’t hold your breath. Clearly the drive has been for the XBox version and clearly there are issues with that, as well as the PC version, so I can only imagine they’ll be primarily focussing on getting their money-maker version working first, and hopefully at least patch the PC version so it’s vaguely playable by the majority in the meantime.

Interesting - and disheartening - that stuff you mentioned from the Alpha seem to still be issues 2 years later. Doesn’t bode well.

Allow us to experience how the sim can run without all these constraints.

You realize that there’s a tremendous volume of PC users who were going on about dreadful performance, right? Even on high end platforms. Users who gladly welcome smoother performance and higher frame rates.

There is no “PC Version” vs “Xbox Version.” There is just one platform. That’s how it’s going to be.

As I mentioned in another thread, cross-platform software engineering is the direction everything is going, particularly for Microsoft / Windows related stuff. As it should be, honestly. Silly to develop and maintain two code bases if you don’t need to.

Their testing and QC process certainly still leaves a lot to be desired, but that’s a separate topic.

PC guys have to start getting heavier and stop running their hands on the microasobo’s head. 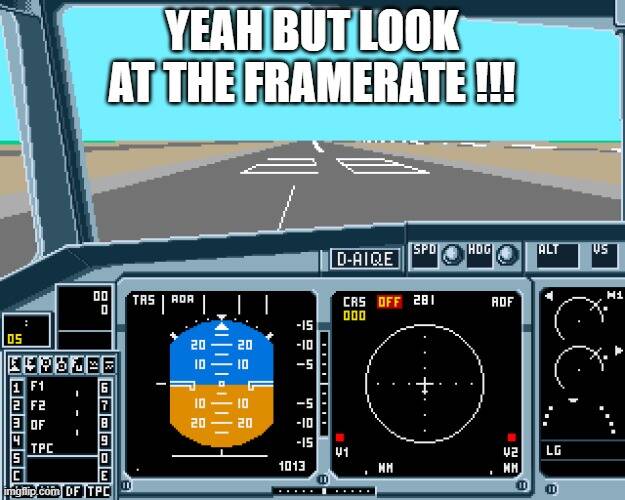 So why their fps boost must come at expense of those, who didn’t need it? This is not about fps, this is about visual downgrades with no possibility to adjust it back. Both parties should be happy, not only those who needed more frames desperately.

There is no “PC Version” vs “Xbox Version.” There is just one platform. That’s how it’s going to be.

PC has always been the platform to give the user freedom over own graphics settings and the choice if framerate or perfect visual eye-candy is prefered.
Both parties should be happy and many many PC users prefer absolute photoreal visuals and no pop-ups and no visual quality compromizes over games-running-with-90FPS.

That´s why enforcing one-software-for-all (based on the weakest hardware) solutions and downgrading ultra-settings which are dedicated for ultra-high-end-PCs for absolute enthusiasts who buy a 3000$ PC and 1000$ periphery like joysticks or halfway cockpits on their desks to enjoy this flight sim to the absolute ultra-max has brought so much hate last week.

Absolutely true, and to be frank I never thought somebody would have had such a crazy idea. Give us sliders, give us the possibility to play according to the specs of our computers.

Technology should go ahead, not back…never seen something like this before

For me this Update was a good one.
Have locked the FPS to 30 from the start, so with the last update i’m able to increase my settings.
For me the graphics are now much sharper and the drawing distance also increased.
For me the sim looks better than ever. Also i noticed that the controls are not that sensible than before.
So for me the positive points are clearly obtain a majority

ATC is, like in every other SIM, not really worth it.
But on the Plus side. Dynamic Weather with local rain that you can see in the air and avoid. Stunning visuals and a Stock Flight Model that is not bad at all.
Maybe some should see it from a different standpoint. The new Xbox customers are the ones that will help to make the Sim last longer.
The few Hardcore Sim People are hardly enough to pay for the demanding infrastructure that the Sim needs. Even if it is Microsoft, they don’t have money to give away

For you…with the greatest respect for people that are experiencing a downgrade in visual settings just to have more fps that for them were in any case not a problem I believe there are not many points to be happy. I can play now as before, but now the graphic is poor in respect to the SU4

for me, everything is perfect now, except for the live weather bug.

For you…with the greatest respect for people that are experiencing a downgrade in visual settings just to have more fps that for them were in any case not a problem I believe there are not many points to be happy. I can play now as before, but now the graphic is poor in respect to the SU4

But i don’t understand how you will develop and make progress when there are no radical steps?
All should know by know that the development of the SIM is a really fluid Process. So you prefer to stand still on SU4? Maybe the changes that where made are mandatory to make other things happen?
I’m quite impressed that MS / Asobo was able to react for the second time in nearly no time with a hot Fix.
I’am also not happy with all the changes. But I’m happy that there is progress. It seems there is a Goal they wan’t to achieve. For me it is not normal that a piece of software is maintained in such a fast manner.

The Only downside is that MS should have communicated that the MSFS is some kind of early Access Software. One Year after release it is still in Beta status.

that still looks better than P3D 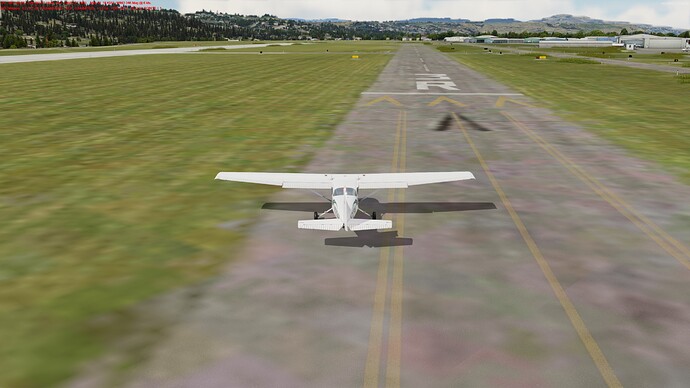 You know yours are at the end just assumptions cause they simply don’t say anything and honestly this is not fair at all. I don’t see any progress at all, my framerate was good enough before, the MODs were working and the graphic perfect. We have instead asked since December to increase LOD and check photogrammetry (melted buildings at distance) and as a reply they perform a downgrade for people that were running the SIM on ULTRA on new computers? and this without saying anything. I don’t think is fair 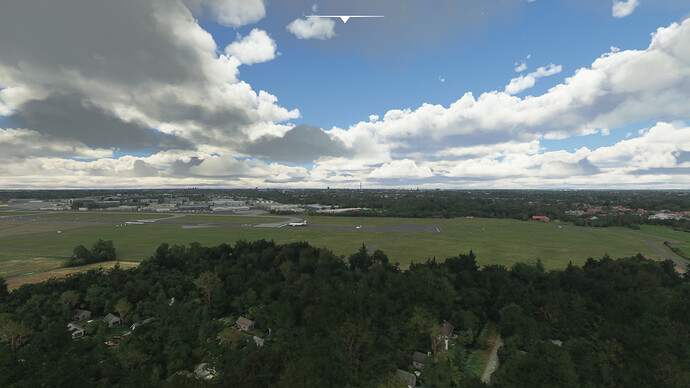