The view is pointed to the entrance of the bay (called Boca da Barra) from the control tower of Santos Dumont Airport (ICAO: SBRJ).

You can admire the sea and air traffic on this area and see the evolution of the sky with beautiful clouds for about ten hours.

I compressed the video to have about 1 minute for each hour. 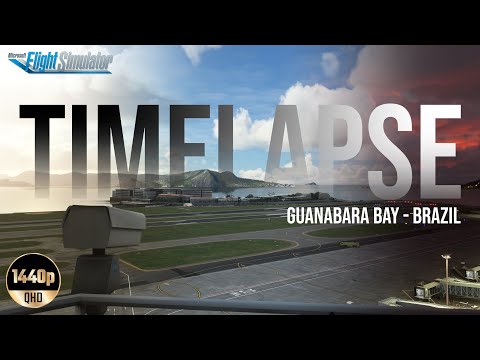 A bit of history…

Guanabara Bay, where the city of Rio de Janeiro was founded in the 16th century, is the second largest bay in Brazil in terms of surface area (380 km2), after Bahia Bay (the Bay of all Saints).

Carved out by nature inland, it is almost 30 km deep and almost as wide.

Before the arrival of the Portuguese, the indigenous Indians called it Iguaa-Mbara

Addons used with this video :

If you like this video don’t hesitate to put a Like, it will be nice of you

See you soon for a new video

This Sim is beyond amazing!!