It’s just an update, nothing more.

A work around is not an excuse for not correcting it as it have to be. Besides it is not practical for everybody.

much appreciated for confirming this

And if you complain 500 x more here, the update will not come earlier.
Apply to the Beta or use the workarounds - SU8 (which bring no new features, it is just for bugfixin) will come in JAN-22

And dont get me wrong, I am also anoyed about the bugs and using of workaroudns, but you cannot change it by further complaining.
Just a hand full of users send the zendesk tickets to MS - thankfully more have voted this topic up.

SU8 (which bring no new features, it is just for bugfixin) will come in JAN-22

Incorrect, SU8 was last slated to come in February, the next World Update is in January.

I heard it here: 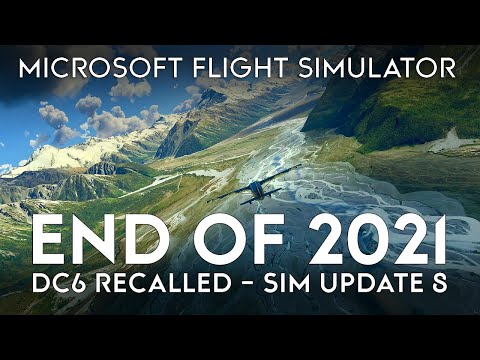 It’s well known that SU8 was due to come in February with the Australia World Update in January, they even mentioned it in a Q&A, either way the current beta “should” be released to the public long before that if MS/Asobo decide to pull their fingers out.

The lack of a Hotfix for this and other game breaking issues in SU7 is appalling quite frankly, relying on people to enter a Beta as a workaround is not the answer to correct customer service.

See here for the February quote:

[Developer Q&A Twitch Series: November 17th, 2021] All credit goes to @N316TS for this summary! Jorg – Game of the Year is coming out tomorrow. We won a few Game of the Year awards. Benelux just won “Best Game of 2020-2021” from Tweakers, a tech site. Yesterday, we got a nomination for Best Sim and Best Strategy Game for the Game Awards. GOTY is meant as a “thank you” to the community for your feedback and support and for making this game better. Reno is coming out tomorrow. We h…

I can see that you have not yet experienced VR in the FS2020. You can still use a mouse, yoke, throttle and rudder in the VR mode. Though, you don’t need to use the VR controllers. You only need the headset. What you are missing the true reality of 3-D views of your environment (airplanes, airports, scenaries, clouds, and the world in genetral). You don’t need multiple displays (as it was done in the old days) to see front, side, back view). All you need to do is turn your head around. I was as pessimistic about the VR until my boys got me one for my birthday. I will never go back to old ways of flying. Knowing that, you would appreciate the frustration of VR users, and now I am one of them. Don’t miss out on using VR when it is fixed. You won’t be sorry…

So the beta is going public tomorrow, but no mention of the “new” mouse Bug in VR that needs urgent attention. According to the announcement the patch notes will remain the same.

I, for one, hope that we don’t have to create a new thread just for this new bug in beta and that it’s already on the internal list and won’t require a Voting System to have it fixed for SU8…

We still have a toolbar bug. Clicking the VFR map causes loss of input to throttle, rudder etc. until clicking elsewhere in the cockpit.

SU8 (which bring no new features, it is just for bugfixin) will come in JAN-22

Incorrect, SU8 was last slated to come in February, the next World Update is in January.

RELEASE NOTES 1.21.18.0 If you are playing on PC, some packages in your community folder may not have been updated and, as a result, may have an unexpected impact on the title’s performance and behavior. Please move your community package(s) to another folder before relaunching the title if you suffer from stability issues or long loading times. Stability Several crashes have been fixed across the title Weather Improved management of high proximity METARs to avoid hard weather transit…

Correct, this is not SU8.

Gimme a bat cos it’s my turn to beat this dead horse: I’m experiencing this too, and the ctrl+0 fix I’ve seen a few times doesn’t seem to work.

I’ve just tried the update, even if you leave the VR pointer on a control, all inputs are frozen.

I tried the new update, and everything seems to be working pretty well. I primarily manipulate panes like ATC w/mouse though.

pls take the same input as before update

than you can take the yoke

uh? Sorry, I don’t understand what you mean…

This issue is fixed. However the team is working on fixing a related issue: VR - when mouse cursor hovers a panel, no input from rudder, throttle, propeller, etc. Ailerons and Elevator OK