I have traced the problem with fuel dropping to zero. I went through settings one by one until I found the fix. Went to Assistant Options in Menu. Went to Aircraft Systems. My settings were on Hard. I changed the settings to Medium, no change. I changed the settings to Easy and the problem was solved, fuel and throttle worked as normal. I would be interested if you are able to repeat this. I hope this helps.

Are you sure It is not an Alternator or APU activation problem by your side?

Im flying the Raptor without assist since release date and never face this problem.
Just sometimes I turn ON Alternator but It is coded to activate automatically when switching ON Master Battery so im not turning on but shutting off and the plane dies instantly.

In Aircraft Systems the Unlimited Fuel needs to be switched to ON. This rectifies the problem. All other settings are at Hard in all the Assistant Options

This appears to be a problem unique to your setup. We’ve had no other reports of this issue and in all of our testing we’ve never seen this problem. At least you have a work around, but there’s something very odd going on for you. There’s nothing inherently different about the engine and fuel configuration of the Raptor build than from the default aircraft in the game that should cause that issue for anyone.

If you can’t duplicate it then there must be another variable in my setup. I did rename the community dir so I could open another and just put the f22 in. And I still had the same problem. I am not going to try and find the problem as I have a work around that is easily implemented. There are so many options in the main game that it is not worth the effort, and it is not affecting any other aircraft. I have a couple of purchased planes and a couple of freebees and they all work fine.

Greetings everyone. As promised, here are a few teaser photos of our pre-beta Premium project. Keep in mind that it’s a work in progress and these photos may not represent the final product. Beta testing should begin at the end of the month. 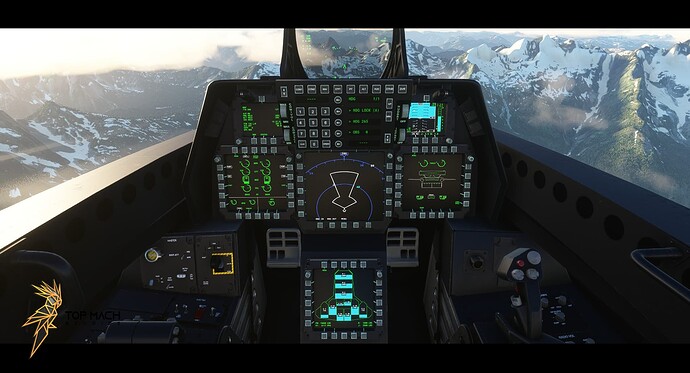 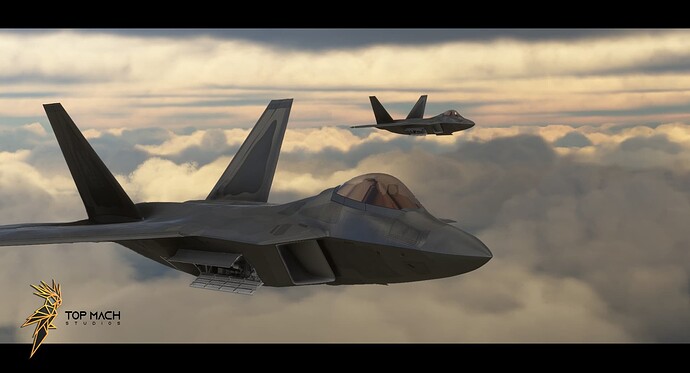 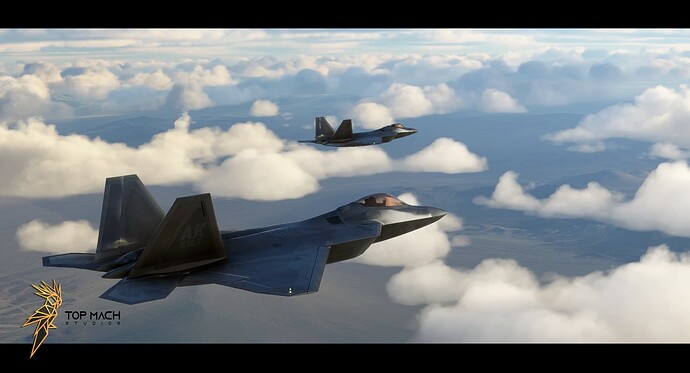 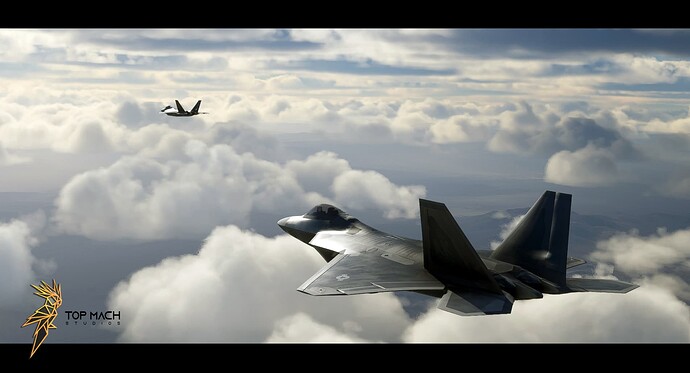 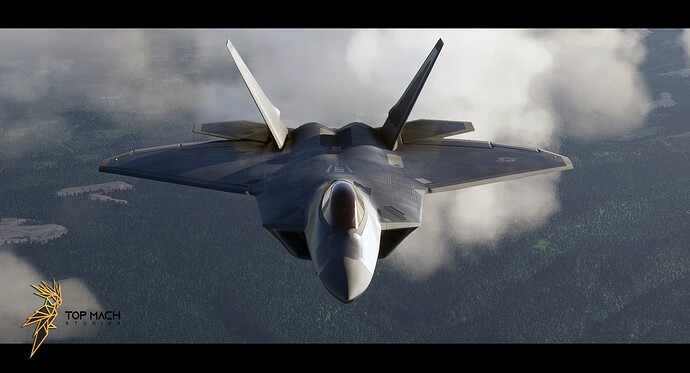 It looks so real

I look forward to your promotional video

Will it use the same identifiers in-game as the freeware edition, so that people running the freeware one will see users with the premium plane still as F-22?

It will still show F22 as the identifier.

Out of interest, are you guys planning to create a website/facebook where one could comfortably follow your news releases, or you’re going to continue using this thread to post updates?

Good question. We are presently working on launching a web site. It should be up in the next few days. There will be a lot more information, images, and details about the project there. We will also be launching a FB page once we are ready for our beta release.

Awesome, it’ll be easier to follow for my news reporting

Which marketplaces will it release on? Orbx, simmarket, justflight?

Will it support AI Piloting in s better way? The freeware version has some weird speed glitches when using AI Piloting.

Looks awesome guys! Can’t wait to chuck it about the sky’s

Can you expand on the speed glitches a bit?

It should be fairly easy to reproduce – but basically just turn on auto-piloting with the jet and you’ll notice once it’s taken off that it doesn’t maintain a constant speed when cruising and also doesn’t seem to go as fast as it could when there’s no speed limit from ATC.

I’m at least seeing this when creating a flight plan from any airport to any airport and then turning on AI Piloting at the very beginning once in the game.

See my answer above. I forgot to press the reply button.