I have been flying in VR since the start with good results after each update, generally making only minor adjustments but today is the day where it all has gone wrong.
With update 10 VR is now unplayable with poor graphics , major stutters and a seriously wobbling screen all of the time.
My FPS jumps all over the place between the range of 20 - 40.

I have spent the last 3 hours making adjustments but nothing works.
I have installed the new Nvidia driver and removed the OpenXR Toolkit.

Has anyone else experienced any such issues?

I get the same bad performance. Sadly. Had great hopes for this release. The best performance I get with sticking with TAA, but also with a lot of stuttering I didn’t see before.

I have had a windows update as well today. I can see that this has had a bad effect for a lot of people. So the problems might not be SU10 related?

Windows update do change the setting on Nvidia on gameplay overlay.

-After installing update and driver reboot your system
-Check your MSFS setting Graphic option. if they did not got changed, sometime they are reset at default, rolling cache enabled, I disable.

Set as what you see: 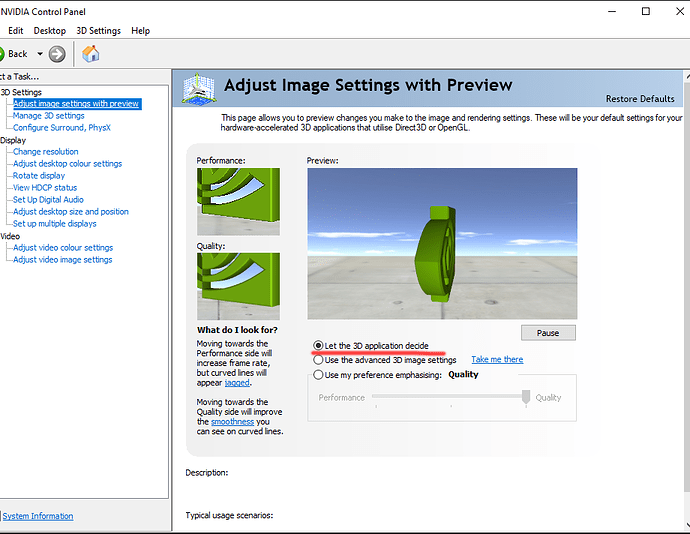 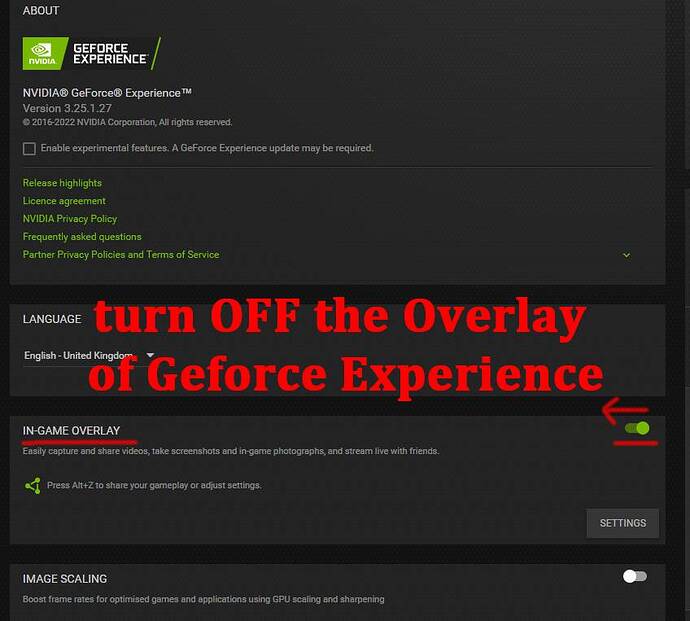 Thanks. Will have a look tomorrow. With regards to the GeForce Experience overlay, I don’t have that at all. Removed it long time ago as it gave me a good performance boost. So that’s not the reason for the stuttering.

I’ve had just the opposite experience.

I thought there would be an NVIDIA Driver update published with SU 10 to optimate the Performance with DX 12 ?

Are you on Win 11? The latest Windows update apparently causes stutters and other issues.

OK. Sorry to hear of your problems, I have the same CPU but a Radeon 6800XT and I’m getting good stutter free performance even with DX12, so you should get better performance with an nVidia 3090, at least in DX11. Hope you figure it out.

Wobbling? Disable motion reprojection and it will go away & framerate will become stable.

There was an NVidia driver update. Go to their website and get the studio driver that was released a few days ago, it has the fix for MSFS if you read the release notes. You don’t need the “game ready” driver as many mistakenly think as in this case NVidia put the fix for memory mgmt inside of the studio driver. There is a thread on this that has a lot of posts already with folks seeing good performance now in dx12 using su10 and the new NVidia studio driver 517.40.

Unfortunately I also observe heavy stutters after SU10. It had been perfectly smooth before, now it is unusable in VR. I’ve also tried tweaking, lower settings, playing around with settings in OXR-Toolkit, but to no avail. I have no clue whatsoever. And I made a weird observation: Whenever I move my view away from the sun, fps go down to 7-12, HMD turns partly black. This does not happen when I move my head in the opposite direction, i.e. towards the sun.
I am running on Win 11 22H2, have a GTX 2080 and CPU at 4.8 GHz.
I wonder if all that only has to do with msfs 2020 or rather with the OS or WMR. As I have no other games on my machine I cannot easily test VR on other apps for now.

And yet not a single word from MSFS team.

Have you tried removing all the mods from the Community folder to see if there is any incompatibility with the new version of the MSFS?

FWIW, I was in the SU10 beta and upgraded to the GA release last night. I use DLSS Performance setting and stay with DirectX 11. I experimented last night with removing Open XR toolkit and not having OXR generated significant stutters. I reinstalled OXR and fps in the Renton/Seattle area returned to 55-60+ with many settings on Ultra or High. I had the same fps during the beta.

I deleteded my terrain cashe, renamed the community folder and systematically added back adon’s and found the culprit and removed it.

Now all works very well using DLSS. I set my OpenXR render scale to 110% to restore lost clarity. So nice to have Foreflight and near realtime traffic back in my virtual flights…Just like my IRL flights.
My system i7 8700k, OC to 4600mghz , 32GB Ram, 3080ti. Thrustmaster, Warthog HOTAS, Throttle, Pendular peddles. Cheers!

Yes, SteamVR no longer works so my ability to display Foreflight in the cockpit is gone(use OVR Tool Kit). The terrain in certain areas is a leap back two decades. I have experienced too many CTDs. The VR view is much less sharp than when using Update 9 (Reverb G2). These issues must be impacting many Sim pilots. Hopeful that a hot fix is on its way.

Sorry you’re having issues - I’ve had the opposite experience. At least using DX 11, I have the best performance in VR I’ve ever had (I also use the OXR Toolkit, not sure why you decided to remove it) - I can generally get a solid 40 FPS in a lot of the world with a mix of high and ultra settings on a 9600K, 3080, 32 gig, and Valve Index. I run SS of 150 in SteamVR, and use DLSS in MSFS.

Exactly the same problem here, and gets unplayable in final approach. Everything works great first, got 40-50 fps steady, but suddenly it comes crazy with 1 or 2 fps, unusable

Hi, have same issue with VR ( poor graphics , major stutters and a seriously wobbling screen) i hope they drivers help…