Trees in the Glide Path

I feel like I’ve run into AI generated trees in glide paths way more than I should. Sure, in bush flying there are plenty of approaches where you are not following a typical glide path, but when you are landing at a paved, illuminated, papi equipped runway, you’d expect them not to let trees grow in the glide path.

I get the AI isn’t perfect and don’t expect it to be, but I feel this is a little bit of an issue. I just flew an MB339 into a tree I thought I was clear of with 3 whites on the papi and AOA dead on. What are your experiences?

Since the last update it happend to me two times. I’m usually quite good at not hitting them but sometimes they seem to span at the very last second.

I just had this happen on final to 12R at MMUN (Cancun, Mexico) after flying around in Hurricane Ida.

Been there. We need the Lumberjack guy who helped fix this in FSX. Sometimes, the clearway is sketchy in real life but not at a well used municipal airport (and larger).

I was perplexed by the placement of a particularly problematic palm on approach into La Palma. 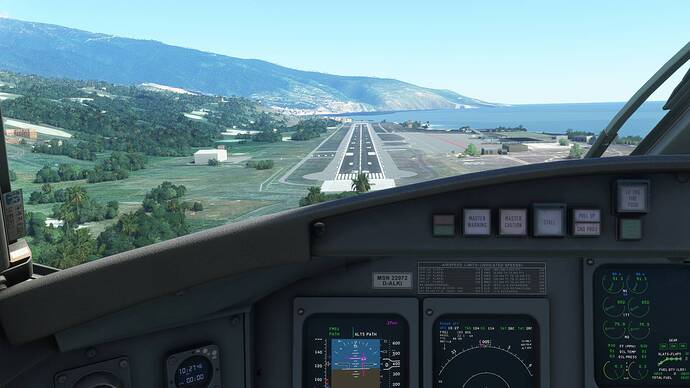 At first I thought you were trying to put down an a320 on a runway that short.

You’re teasing me with the CRJ and Xbox portrait!

That must be the palm the airport is named after🤣

Are there several at GCLP?

7200ft runway. Should be fine with A320 for landing and flex thrust takeoffs below 30c

Really?? That does not look like 7200’ from your screenshot - yeah, plenty of runway.

But I don’t pay for fuel or maintenance in sim world. Toga! Toga! Toga!

True, runway looks short because he’s artificially high (4-whites on the PAPI) due to the dumb placed trees on the approach. Such bugs prevent landings that should be possible.

Yes, I have seen trees and even houses (tall houses)

In reality, the OLS (Obstacle Limitation Surface(s) - imaginary lines with a specific angle emanating up and out from a runway that obstacles cannot impinge, depending on intended use of the runway, i.e. with/without an instrument approach) are tightly regulated.

I imagine this could be simulated effectively in MSFS, whereby the height of auto-gen scenery could be automatically adjusted to ensure it remains below these surfaces.

Seems to be a few trees on short finals into EGBJ on runway 09 that could do with a visit from the tree surgeon.

That’s why they call it la Palma

Hi guys I have also experienced this problem with the trees that even go close to the runway, is there a way to get rid off these trees?

Here was my approach into WATT 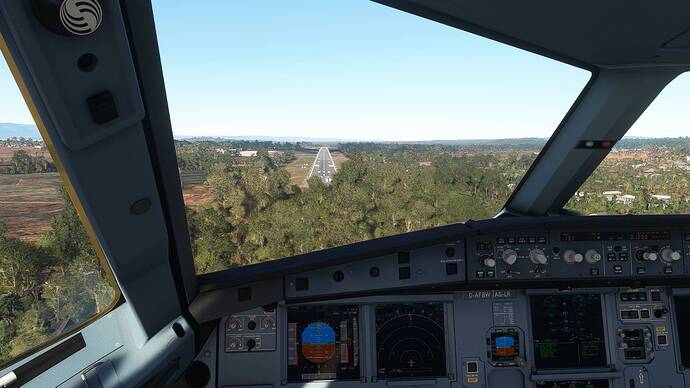 I had some trees and grass in the middle of the Gibraltar runway today. Well, since people have been sitting in the houses since Corvid, I wasn’t surprised either. Nature always wins.

I’ve had the same issue and it’s very annoying. I have just had a thought that maybe reducing the tree density in the graphics settings may help and get rid of them. I’ll give it a try when I’m next in the sim.

It seems this could be solved procedurally with an exclusion polygon (or whatever that is called these days) at the end of each runway with its dimensions determined by the runway length. Could probably be done as a mod even, but with the usual mod conflict issues resulting…