Turns out you can land in severe icing using synthetic vision alone!

Well, sort of. To be fair, I’d probably have stayed on the runway better if I’d remembered to put my gear down! Couldn’t see a thing, it was in the middle of mountains and there were no navaids. And no ASI, of course. Nor lift. Quite exciting! (This is somewhere in Oregon, after I foolishly conjured up a snowstorm at Crater Lake to see how pretty it looked). 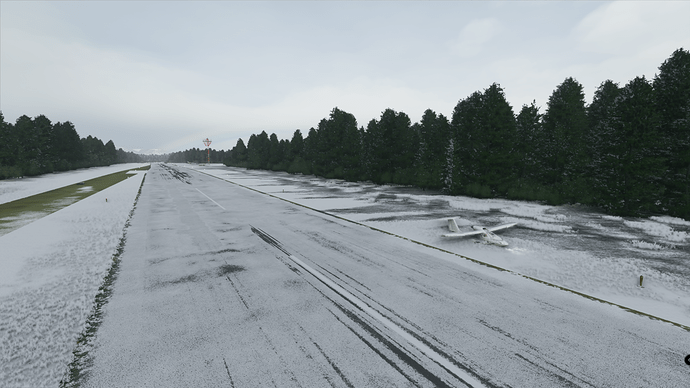 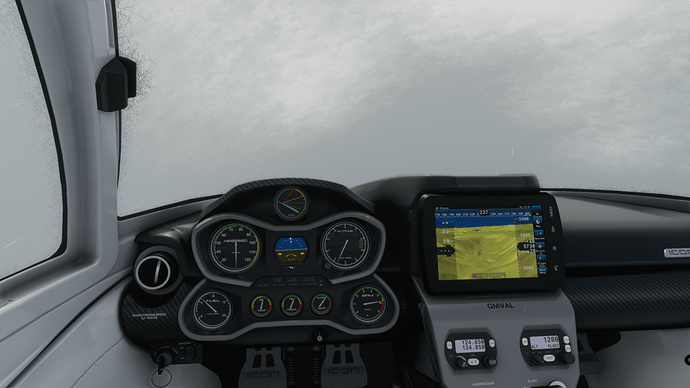 That looks really cool! But ye landing gear is quite important haha

Yeah, it is, but to avoid big mountains, rather than to land on a tiny mountain strip when you don’t know if there are trees or hills in the way. If my wings hadn’t been so iced up I would have gone to an airport with ILS, because then you know there’s a safe glidepath. Instead I had to come in like a helicopter!

Plus it was fun to try it! I wonder whether anyone’s done it in real life? All my real flying has been VFR and “maybe a bit misty” is the worst viz I’ve ever had to contend with…