Unwanted modification of a custom scenery after update 1.15.8.0

Hello,
A few weeks ago I created a very small fictitious airport with SDK 0.9. Two hangars, a control tower, a static vehicle, and a static plane were added to the runway and taxiways. A partial view is given in the first screenshot. 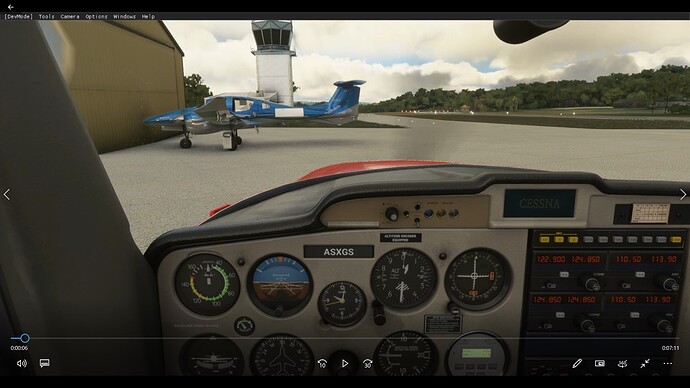 After the update 1.15.8.0 (and 1.15.7.0) this scenery looks like the second screenshot. Most of added objects are not present. Only the static plane is still here. 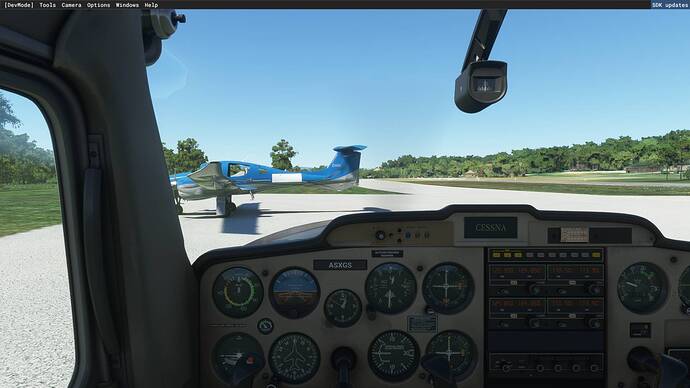 Updating also the SDK to 0.12 version does not change the problem as I guess I have now to create again the scenery. Nevertheless I would like to have some explanations relative to these unwanted modifications.
Thank you very much for comments.
Best regards

You’re probably better off asking this in the SDK subsection of the forums. You can move it there yourself by clicking on the pencil icon next to your post, and editing the tags from there.

We’ve moved your post to #sdk-discussion:scenery where it may receive better exposure.

Are those object still in the object library? Maybe you used objects that are no more in the sim…

Hello,
Thank you for answering. To make such a search is it needed to open a project with the SDK or is possible to do this without running MSFS and searching in folders on the PC ?
Best regards

PS later : When opening the project with the SDK I noticed that 4/5 objects were labelled as unknown. It looks abnormal as these objects are classical (2 hangars, 1 control tower, 1 car) …

You found the problem…
But I do not have an answer to solve that problem.

Maybe you can try this:
Close MSFS2020.
Go to “C:\Users…\AppData\Local\Packages\Microsoft.FlightSimulator_8wekyb3d8bbwe”
Delete Content.XML (Or place it in another map on your computer)
Start MSFS2020. It makes a new Content.xml
Try your scenery.

You probably need to re-build the project so that the objects are recompiled. After that they should appear in Dev Mode at least.

ScuffyDuck is right, first. try project Rebuild (watch the console and repeat if needed !) and then click Load Assets again.

If that don’t help… Question: did anything appear instead of your lost scenery elements ?

Hello,
There is nothing at the location of missing objects. I’m thinking to compile again the project but before I’ll try the idea of @JAERS7899 .

PS later : there is no change when deleting content.xml file. I think I have to create again the project as I have not found how to replace the “unknown” objects (choice panel not displayed).

Hi, I’m using the offline build functionality to build the sceneries and airports. And I re-build all my projects each time there is a version change. I have about 20 projects and no issues so far following this basic concept. Have you tried this? Regards Guido

Yep of course. I compile every time after I open my project.
Btw I don’t have a content.xml in Community folder.

Sid I say that the file is in the cimmunity folder? I don’t think so…
“C:\Users…\AppData\Local\Packages\Microsoft.FlightSimulator_8wekyb3d8bbwe”

Hello,
Rebuilding the project was unsuccessful but I’m not sure to have followed the right procedure (no console displayed).
I tried another thing: giving (lat,lon) coordinates to fly to my fictitious airport and when landing everything was OK (hangars, control tower, car). That is very surprising (for me). I guess there is an explanation.
Best regards

PS later: another MSFS session and standard selection via the map. OK for all objects !!!