If you don’t have VR, please don’t comment, as you wouldn’t know.

That’s why i said i don’t have VR and didn’t proceed to comment on it. I only said there is flickering without VR, which doesn’t disagree with your statement.

Good thing we have forced updates. That way no one can compare in real time. Cuts down on the number of before-after screenshots. Makes it easy to ignore.

I never had any issues until SU5 and always felt sorry for lots of people reporting problems after previous updates as I never had any. My experience was amazing, amazing graphics and visuals, super crips VR experience etc. No CTDs.

I never mitigated or disqualified anyones comments though, just because I did not experience them myself (especially if so many in the forum agree and even show evidence by posting videos etc). Since SU5 I am experiencing issues myself, and many other are too. These need to be addressed as they have resulted in me hardly flying in the sim anymore and my VR headset is collecting dust. I am very capable of comparing my experience and the quality of the sim pre and post SU5. And it’s major.

I am very capable of comparing my experience and the quality of the sim pre and post SU5. And it’s major.

It’s not about how capable you are. If people communicate about problems, and you want to turn that into something useful, you have to show the issue so they can fix it. They don’t know what they have to fix now because your description of the problems are vague and not objective.

Yep, this is a thing. I’ve done many such posts since the launch in Aug last year, and none have shown any material degredation. There have been changes and differences as we’ve gone along of course, but no major downgrading. I got to the point where I stopped doing them because people who believed there was a downgrade refused to accept the evidence I was showing, so it was a bit of a waste of time. Of late I’ve been doing comparison videos, although they also get used and twisted by those with an agenda too unfortunately (especially one where the “before” video had the London Landmarks pack included, but because there was an issue with that in SU5, the “after” didn’t and this was used by some to argue that the graphics had been downgraded).

See here for a comparison I did in June between the version then and launch in August last year:

And my latest pre/post SU5 and WU6 comparisons: 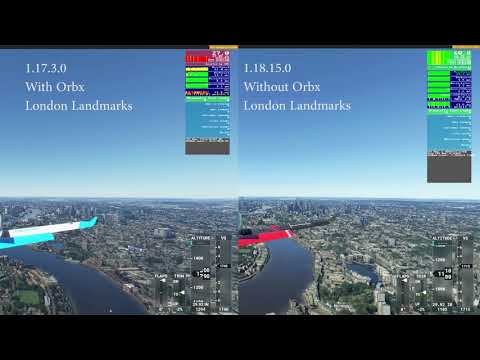 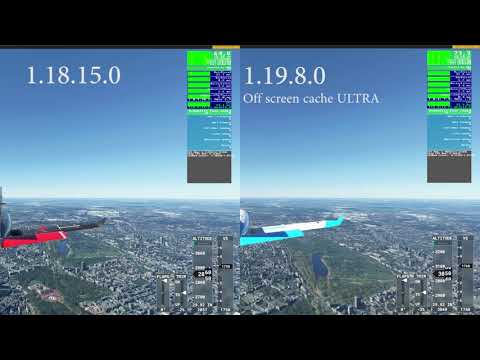 Sure, it would be easier if you can take screenshots and videos of future problems,

Kidding apart some times we do (follow the link for footage)

Did you read through the posts I linked to above? The shimmering/AA issue has been commented on and voted for by over 130 people, and has been documented by screenshots and videos.
The purpose of this post is not to make a aware of new issues, but just to outline existing, documented issues so they are not forgotten in the next Q&A.

I’ve done many such posts since the launch in Aug last year, and none have shown any material degredation. There have been changes and differences as we’ve gone along of course, but no major downgrading.

Yet… there has been a lot of degradations if not generally at least on night lighting.

I think that’s all fine, but I think we are asking you to recognise that these issues are not prevelant for all users and hence statements like

Let’s not start a discussion if these exist or not, because they do exist, and there are countless forum topics (incl. those linked above) that prove this.

are fine if you add on the end - “for some people”

Google search and this forum gives a lot of screenshots you can go to the same place and reproduce the same image. It looks more or less the same to me, which is a whole lot better than any other sim.

But we still have a lot of missing features and a long list of long standing bugs.

Personally i think the best and fastest way to improve this sim is to fill the gap it has compared to the competitors.

The trees in X-plane are flat, but here there are hundreds of posts about trees.

It wasn’t just a caching issue. There’s been a downgrade in the clouds. They went from being thick and volumetric to thin and tiled in live weather. There’s an odd blur effect when anything passes in front of them. Upper-level clouds look like marshmallows. The clouds also have odd color banding like compression artifacts. 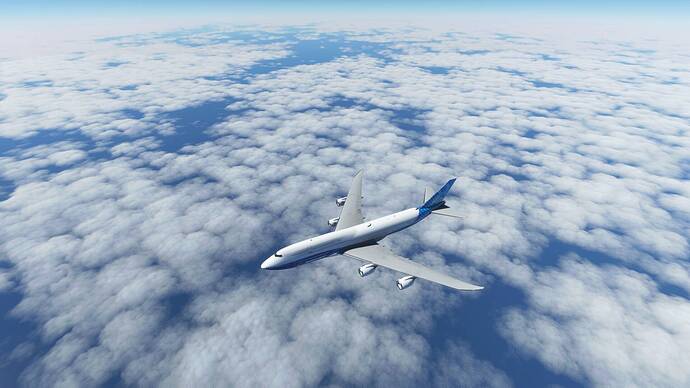 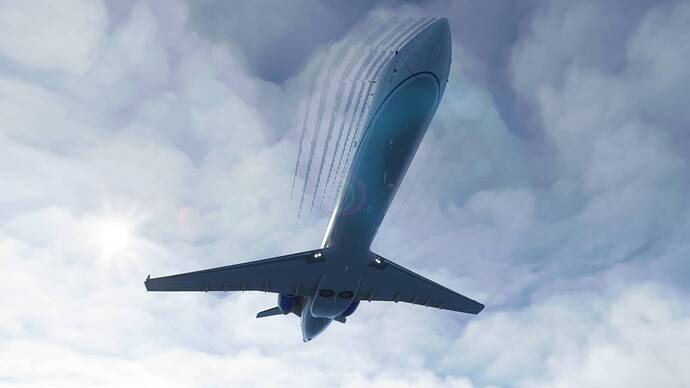 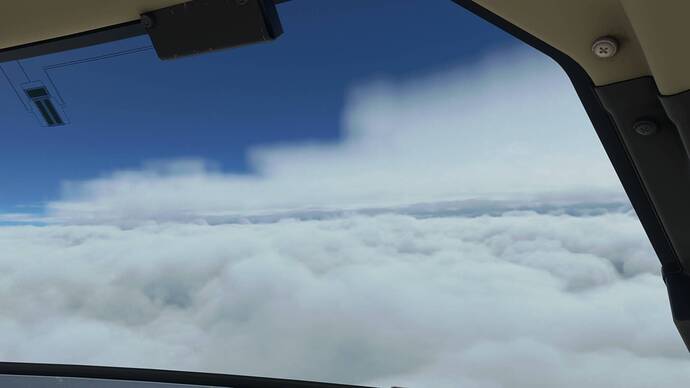 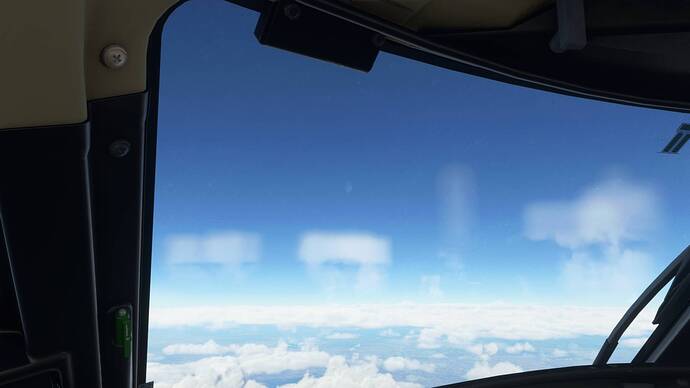 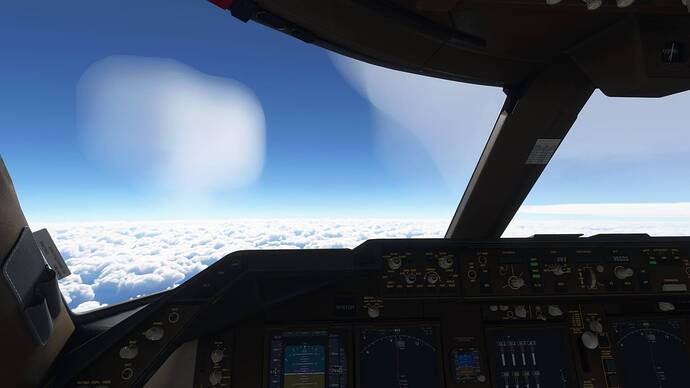 I never claimed that all issues are visible to everyone, especially as everyone is using different hardware and not everyone has a high-end PC, uses VR or has settings to Ultra.
I merely outlined issues that have been widely proven and discussed in the community, so much that they were officially logged as bugs, and listed them here for the upcoming Q&A so they are not forgotten or ignored. That is why I stated that this should not be a discussion about whether issues exist or not, because I only mentioned 3 issues that are sufficiently documents and logged already. Discussions about the issues themselves can be done in the relevant forum posts about the specific issue.

“I can’t see it, so it isn’t there” isn’t very sound reasoning.

OK, but this is why you are getting others saying there are other issues they would rather support and not necessarily agreeiung with your questions. As I said in my first post, the only question you’ve posed that I would support is the 4th one.

This is, of course, a lot of the issue with the voting and other ways of asking questions on this forum. Everyone’s priorities are different. Yours appear to be fairly visual/graphically aoriented - others more about the flight model, or the siulation quality generally, or the ATC, or the weather…

Not easy to solve!

These issues were solved for me with a recent nvidia driver update - can’t remember the numbers I went from/to, but I’m currently using 471.96 and don’t see these issues (but I did at the time of SU5)

Definitely sounds like we need a little all-around improvement.

Oh boy… Just because something is better than X-Plane doesn’t mean it cannot or should not be discussed or improved.

Again, the issues mentioned in this post are quality issues that were not present before SU5, and have seen a huge degradation without any changes to hardware, software, drivers or settings. If an update downgrades visual quality, and hundreds of users are confirming this, it is definitely something that should be taken seriously by the developers and the people that are affected by it would like to see it being addressed and discussed in the Q&A session. If it doesn’t apply to you, why even comment here. I never said that future updates and improvements should not be discussed and are just as important.

Not what I’m saying - the OP seems concerned that people are not supporting their questions. I;m trying to explain why I think that’s the case.

My issues were the same as yours before SU5. If everything works well, why get caught up with things that I don’t see. But others may be having issues that are real, so I never talked them down anywhere. Instead I skipped talks about the issues I am not seeing, and simply focused on the improvements that interest me.
Now I am experiencing major issues myself though, and so are others, so we deserve to voice these and have them addressed, especially as they have been voted to the top of the ladder (Shimmering / AA issue is in the Top4 in the VR feedback snapshot).

Please, instead of discussing issues people are having and questioning their existence here, just add the items that are important to you, instead of talking down issues that you do not experience yourself.
The issues I have outlined here are real and have already been proven and discussed in the posts I have linked (some even logged as bugs). To discuss these issues, please do so in the corresponding posts, not here.