I hope Asobo is reading these forums. They are already using Bing maps for satellite photos, why not use Bing POI database for generating Autogen? It could affect how AI generates a building that has any POI in it. It can then use building blocks that are themed for specific buildings and structures. This would make aready good VFR even more amazing! Think how great it could be for any objects that can be identified this way:

This is just what I could think of while writing this post. I’m sure even more varieties can be done by cross-referencing Bing maps with buidling shapes. This would add so much to VFR that it would look almost real. Seeing a hospital or a power plant as a distinctive building is actually very useful for VFR. They would need more models and building blocks to generate good-looking objects with appropriate shapes, but think how mind-boggingly amazing the world would be!

I feel like this is definitely something blackshark plans on doing, and the current state of the world is only using the most basic information and techniques.

I hope so, but they didn’t say anything about that in their interviews and videos… The list I made can go on, there can be distinctive models for city halls, museums, concert halls, art galleries, resorts, oil refineries, prominent statues etc. The world can be almost real. Most objects can be identified by AI from keywords in the names and categories of POI. If they can legally use branding, then hotels, big chain stores, restaurants, gas stations, car dealerships etc. can have branding and logos and neon signs that add realism. I’m sure some VFR pilots can use giant “M” letters as a navigation landmark. Even if they can’t use branding, they can think of some generic signs and building colors to use. If a shopping mall looks like a shopping mall and hospitals have helipads on the roof, it would add so much. Resorts can have people on beaches, Zoos and safaris can have animals walking around - there are so many things that can happen.

BTW also, in Europe and North America there are often rabbits near airports, and the birds in the air too - that could be modeled as well.

I doubt smaller animals like rabbits will ever be implemented, but birds are likely.

Birds would be nice. Also, the birdstrikes could be modelled then as an option.

I would add cathedrals to your list. Here in Europe they are another significant landmark (as I am sure Asobo will be aware!). I am really enjoying the sim but their absence is marked. In Bristol there is just a space where their should be and no sign of a space at all in Bath for the Abbey. Would also add bridges, which we seem to be short of, and piers. The latter are visible as smudges in the photo imagery but would be great if they modelled.

Notwithstanding the London pack controversy, is this a space being open for 3rd party devs to fill?

Very good idea, I was surprised this is not implemented yet! Public swimming pools would be another example, where I currently often see a blue building instead of the actual pool. And as the previous commenter said, churches and cathedrals are really one of the most obvious things missing in many cities.

Yes, absolutely. Most old world cities, and some north american too were kind of built around the cathedrals. The actual difference between town and city is a cathedral. Those should easy to identify for AI by POI names. And a couple of generic gothic cathedral models would add a lot to immersion and VFR quality. I’m sure those are nice navigation aids for places without skyscraper-filled downtowns (many european cities). There are other subtle cues AI can take, for example in the areas around cathedrals there should be much more old buildings and not many of newer city blocks. It could determine the historical ciry centres that way. Cathedrals are always in the center of the old town basically.

MSFS could use BING map information to assist the AI in placing buildings. There are information available about churches, hospitals, shopping malls, etc.

Those things are often used as navigational aids, so it would improve the scenery a lot.

I hope MS considers improving the scenery overall (not just parts of the world).

At my local airport some of the hangars are Shown as multi-storey apartments or houses. On Openstreetmap (what bing used for poi) these buildings are the only ones not labeled as a hangar but just as generic buildings. So I think it’s possible that there is some poi data going into the autogen right now (beyond just aerial photos), but it’s probably very basic and nothing outside of aero/non-aero structures. I hope I’m right on that, there’s such a huge potential using POI with AI!

I have the same issue with my home airfield (EGUO) where the hangars have now become a housing estate. I made the mistake of starting my very first flight there and was pretty underwhelmed by the new sim to begin with as a result. Have not had a chance to check other airfields as got distracted by the areas that really do work but it seems a bit surprising that the AI cannot yet identify airfield structures.

Yeah I had exactly the same experience!
Can you share with me which airport that is? I wonder if it’s because of the way openstreetmap is categorising the buildings? If so we may be able to fix it, though I have no idea how long it’ll take for bing maps and MSFS to update.

It would be nice to have an engine where people could manually fix some AI mistakes and share it with the community, and get upvotes if it’s good, with the upvoted changes being included with the future updates.

So on openstreetmap this building is not labelled as a hangar but just a generic building, as well as a few others around the airport. Does this match up with what’s in MSFS? (Is check myself but I don’t have access to it now 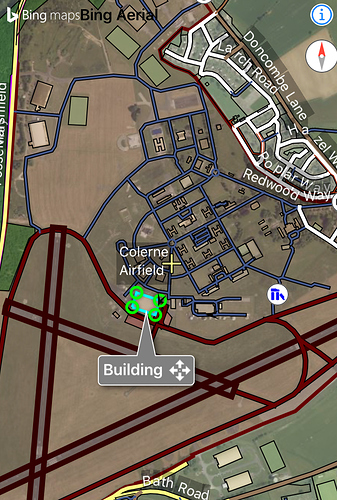 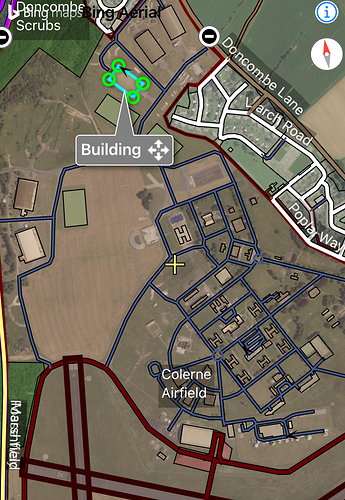 There are some simple rules for AI that could be introduced even without POI: for example the buildings and city blocks right next to the airport should be warehouses and low industrial buildings with very high probability, and residential buildings are very low probability. At least in a larger city and a larger airport. So in this case even without knowing the exact type of the building, it would render as a warehouse. This would look more believable than a residential building. In a general case there should not be residential neighbourhoods next to airport. IRL there are exceptions of course, but as a general rule of thumb this would look much more believable. There are other rules one can devise with this logic: in Europe the city centre around the central catherdal should have older historical buildings, and outskirts should mostly have modern buildings. And so on.