It depends on if we should have Gusts and Turbulence at the Flight or not. Good Weather Conditions, no Problem. If there should be some Gusts, there is now this overshooting Behavior. The whole Flight over although there should only be a few ones.

I’m flying now, I had gusts at ground and when inside the cloudlayer. Above it got stable. Then about the frequency may need some tuning when there is gusts as you say. I think the issue is that it goes up and down all the time. It should be some stability in between the gusts. We have reported that in the beta. To me this is a good foundation to build on. Pre su10 there were always constant winds at ground. Thats far from realistic. There should be some fluctuation in winds all the time even in calm winds. Calm winds may not affect an airliner but a paper plane may be affected even in really calm winds.

Then if 1KTS has same force in the sim as IRL i’m not sure. But they can tune the aircraft to have more mass and that will make the aircraft less affected by gusts. I think that is a big issue with some planes that they have too less mass.

Most of my GA add-ons are unflyable now due to the new SU10 gusts. One gust today almost rolled my Bonanza upside down in the pattern, despite full opposite aileron. It’s like flying through constant wake turbulence.

I won’t purchase anything more for this sim because I never know when Asobo will break something else. I watch my investments fly out the window (when the winds gusts don’t make them hit the wall instead).

Indeed, gusts right now are happening at a very unlikely rate, it appears there is no weighing of the frequency of random spikes with relation to their severity.

I mean, as of now, gusts of large magnitudes can happen with the same probability as those of smaller ones. The result is unsmooth, jerky motion. Very unpleasant, quite unrealistic too.

It makes flying more difficult, yes, but NOT more realistic.

There must be something to smooth out these rapid shifts. What happens now feels like White Noise (a function that generates randomness uniformly across an entire frequency spectrum) - The correct behavior would be more closely approximated by a Perlin Noise function instead.

In other words, the random selection probability of gusts should be inversely proportional to their magnitude. Small changes should be the most frequent, while the rarest would be those that shift all the way from baseline wind speeds to the maximum gust values reported.

Until then, the gusts feature is not a realistic addition, only one that makes it harder and less pleasant to fly. In this case, a smoother flight would be indeed MORE realistic.

The present behavior would be convincing if used for flight inside clouds though.

Twice in the same flight so far, I’ve had massive wind changes at high altitude (FL360), causing either near-stall or overspeed, and massive altitude changes.

This sim is always two steps forward a five backwards. Can the devs actually focus on things related to flying the airplanes? It’s nice that we have DLSS or whatever other new ‘thing’ will get people a few more FPS, but we still can’t have proper WX radar API or stable weather transitions. It’s getting pretty old.

i fly almost GA. Since SU10 i cant do it cause i have extreme weird turbulence in the air except on final.
There is no possibility to land “normal”.
The nose fall down or want to be a rocket.

i use REX in the newest version.
is there any workaround at this moment for this ?

I agree with all of the above. If you are using real weather it is not possible to fly GA. Hard to believe this made it through beta. Not realistic at all. Not even close. I have about 600 GA hours mostly in a C182. All kinds of WX (not current). I used to seek out gusty crosswinds (within reason) for practice. Come on, you guys can do better than this.

Those hard updates of wind data is the worst thing to me. Not the gusts feature. 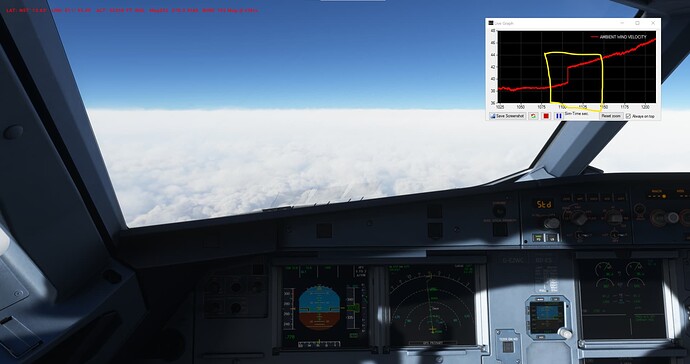 Has been around for a long time before su10.

MODERATOR EDIT: This post was merged into this topic. Hi, For many flies, wind change very very suddenly, like 180°/60kts to 340°/50kts… Plane enter in overspeed, of course… How to solve that ???

Just had a horrific approach to KSHD. Wind was reporting 060/5, the gusts were okay, but then during the flare the METAR updated to 360/6, cutting my aircraft out and losing me all lift as the wind was now 60 degrees from the left instead of 10 degrees from the right. Some sort of smoothing needed please also at low alt!!

Also experienced that change between metars. 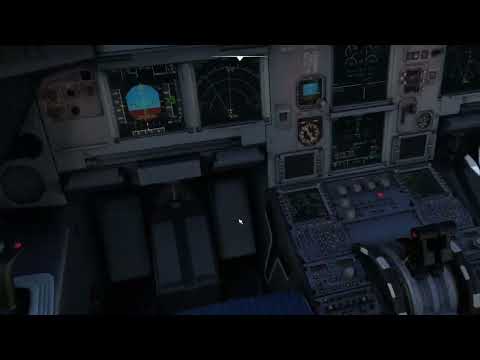 Very clear to see. You can see the wind vane on the ND switch 60 degrees to the left…

I had the METAR change earlier on approach though and it were more the winds that changed for me. I don’t remember the METAR but it were first reported calm winds then it changed to around 20KTS instantly as in my graph. Meteoblue updates behaves same when that updates as you could see on my earlier posted screenshot with the graph. It happened at 14:00Z yesterday. Maybe it will happen again today when it’s updating. Really good with those graphs. Makes the wind visible.

I would also like them to add smoothnes to those updates. METAR and Meteoblue winds doesn’t need to update that fast.

Yes, even without following the steps.

So I assume this thread is about the then-beta SU10 back in July. Now it’s almost October and SU10 went out of beta and it’s still there. The gusts AND wind shifts are just way too abrupt, with up to +/- 10 knots of fluctations in as short as 0.1 second, making smaller aircraft basically unflyable. For the smallest ultralight we’re looking at up to 5~10 degrees yaw oscillation in less than half second routine. And that’s in the most fair weather. Can I land it without crash? Sure, but the landing run would be very, very ugly. Should it behave like that? No, not in the smallest bit.

MODERATOR EDIT:
This post was merged into this topic.

Are you running live weather? If so you may just have to adjust for wind change.

Do you use Rex Weather Force?

Run a weather preset and you shouldn’t run into this happening at all.

Hi,
I’m using the default weather of FS2020, si yes Live Weather.
No addons for that.

It happend to me over Canada, without overspeed.

Yesterday and today I performed two flights from ESSL to EHAM. I had live weather and traffic turned on and cruising altitude was FL380. During both flights I encountered multiple sudden changes in the atmospheric conditions, all happening above approximately FL350.

I have encountered this behavior before but not with this regularity. It really ruins the experience!

Flying the UK yesterday and today with live weather gave me also these fluctuating winds in the fwb32x. Something is off.