I am having a strange performance issue with the game.

When running the game (windowed or full screen doesn’t make any difference) its showing 50 - 60 FPS flying a 172 around JFK/NFC. However the experience is full of stutters and the game feels like its running at far less frames. Its basically unplayable.

The strange this is this… When I hit the windows key as shown below in the youtube video, the game in the background instantly smooths out, the stuttering dissapears and it looks AMAZING. But I can’t play with the start menu open!

Any help is much appreciated. 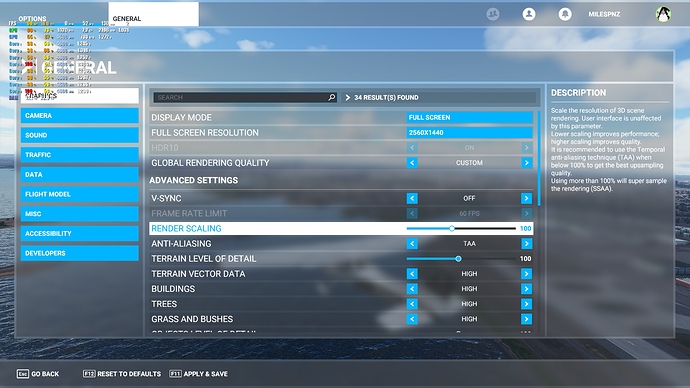 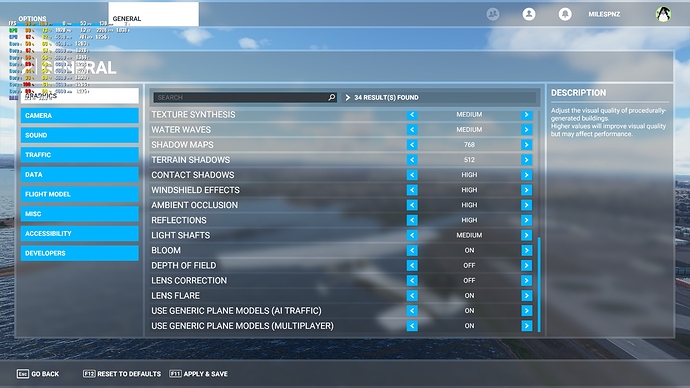 Sorry to hear you’re encountering these performance issues. Many of us are at the moment, unfortunately. We’re still super early on in release though! Optimizations will come. I’m confident.

In the meantime, others encountering smoother gameplay while minimized have tried the following solution with mainly positive results:

Are you playing on your main desktop or on a second monitor? I usually get the massive FPS drop or visual lag if I try to run any game on secondary monitor.

Other stuff that made me have similar stutter is floating windows on top of my game (like the temperature widgets), or the floating windows you can drag from the game on other monitor. I just close that because if I drag it out my fps inmediatly drops around 30.

On the other hand, your program shows peaks at 100ºc on some cores, even if it’s for 1 second it could involve thermal throttling.

Try to run only the game on the main monitor see how it reacts.

I do have a second monitor but it doesn’t explain why the game would run so well when I press the windows key and then runs badly when in the main window.

The numbers you were seeing are CPU core usage, not temperature. Temps are all around 55 - 65c and very stable.

I will try these later on and see how I get on.

In the mean time I have to say that this whole thing is pretty frustrating.

I am sick and tired of people tell me that “We are still super early in release” or “oh its just not optimized yet”. I’m sorry but this game is being sold as a complete and working piece of software. This isn’t the ALPHA and it isn’t the BETA. The things that people are having to do to make this game run are ridiculous.

I am running this on a Lenovo legion laptop, by description it would be the lower end hardware. However I am running it on Ultra settings with no performance issues. I’m not sure how that worked out but I’m happy.

I’m thinking this is maybe a monitor sync issue. If your fps is high, but looks like that, then maybe your monitor refresh rate is not what it should be?

If you have g-sync (or other types of sync) turned on for MSFS, but not for your desktop, that might explain why the problem goes away when hitting the windows key.

Does the game look smooth if you record it, with i.e. Shadowplay at 60 fps? 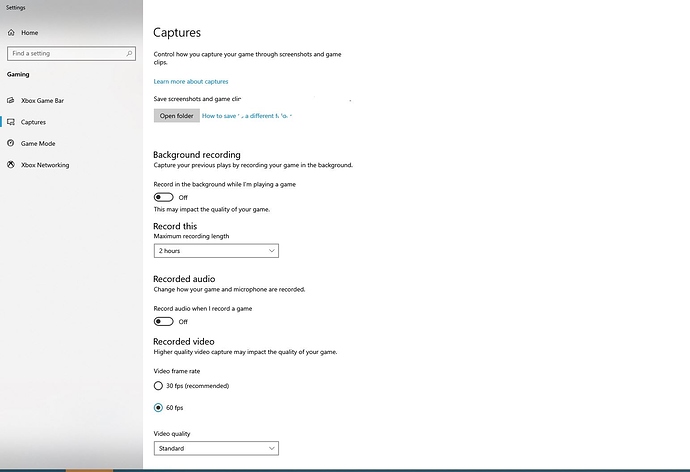 Are you guys having a frame loss in the sim while using onair airline manager? I’m having a critical 20fps loss while using onair manager. I have to relaunch the sim to be able getting a fresh fps by default without onair. Otherwise in any airport I got below 20 fps and worst case even drop to 6 fps which is unplayable. When I relaunch with fresh start without on air, I get 40+ fps at the same airport. Weird

There were those that had issues with window focus and Gsync, try turning it off?

I pretty much have the same problem, I thought it might have been some driver issues, so I just reset my Pc, clean installed Windows, made a clean install of every driver, pretty much everything. Didn’t change anything.

Everything is installed on SSDs.
Also I am running dual 144hz Monitors - Benq XL2411P

Framrate wise Nvidia Overlay is telling me I am getting 40 to 80 Frames in the cockpit and up to 200 Frames outside (787) But it doesnt look like it what so ever.

Besides that I very much enjoy this game, already logged more than 30h flight time.

Just checked the developer settings: INTERESTING, its telling me “Limited by MainThread”

So Nvidia is telling me I have 70 Frams in the 787 in the cockpit, the dev fps is telling me I only get max. 20 mostly running around 15-17, and thats over the ocean in the middle of nowhere.

Looking at other peoples FPS, I feel like mine should be higher than avrg 18 frames in the cockpit of the 787 in the middle of nowhere 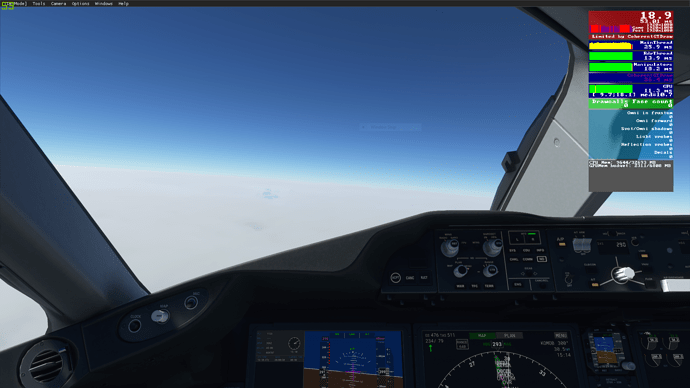 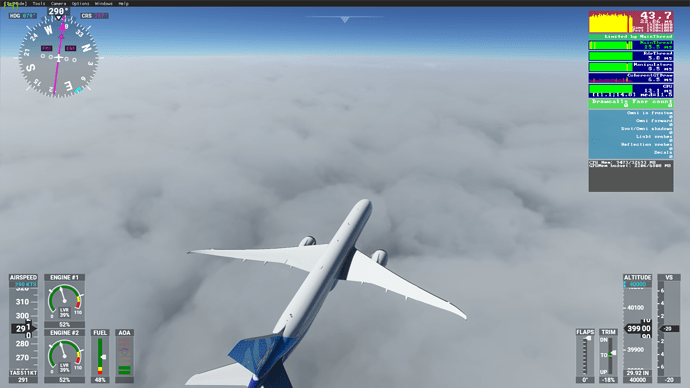 Something weird going on, have you tested most settings? Lower the cloud coverage and quality just for testing.