Since SU9 or WU9, I’ve been getting incredibly slow loading of photogrammetry.

I was flying around Rome last night without realising it, as it looked like Minecraft.

After pressing escape and waiting a minute or two, I’d suddenly get a burst of photogrammetry loading in around me. I’d unpause and fly a little further and encounter again very low resolution photogrammetry. Flying back to where I had that burst of good photogrammetric data, that data had already unloaded and it was back to lego bricks.

A broadband speed tester showed I had 200 Mbps.

I don’t have any data throttling in the MSFS2020 settings.

I do have developer mode turned on.

Is anyone else having a similar issue or know if a setting could be causing this? Much appreciated.

Flying back to where I had that burst of good photogrammetric data, that data had already unloaded and it was back to lego bricks.

Did you disable the rolling cache or something? If so try enabling it and/or raise the size.

As far as low streaming performance it could be on Microsoft’s side, or the internet route to servers, etc.

I wouldn’t worry about it. Probably server side that will get better with time.

Looks like I switched off rolling cache trying different settings to see if the problem was a setting. That wouldn’t have helped. I’ll put it down to a server issue for now. Thanks for your help.

w streaming performance it could be on Microsoft’s side, or the internet route to servers, etc.

for sure thats a microsoft poor service

I have the same issue, photogrammetry and textures overall look very bad.
I have a very good bandwidth (400mbps) and a good laptop config.
My settings are set on high/ultra but it seems msfs doesn’t use my bandwidth enough.
I tried many solutions but it still doesn’t work… see the screenshots 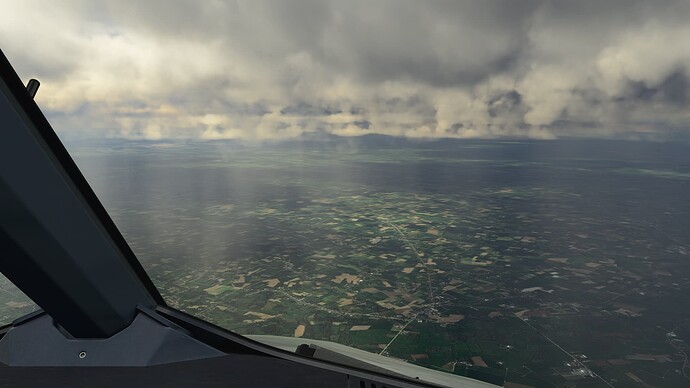 I would say it looks bad because of the rain. Up closer to the aircraft it looks ok but the farther you go out the blurrier it gets due to the rain.

I would like to but no it happens in every scenario. My data consumption is not increasing a lot then I think it’s due to an issue with my internet or Microsoft servers. I can’t attached more screenshots so it’s difficult to show you…