Bringing up the VFR map just shows green. Water and Terrain is not shown. It is no longer a map but a green box.

Picture is off the coast of Southern California. 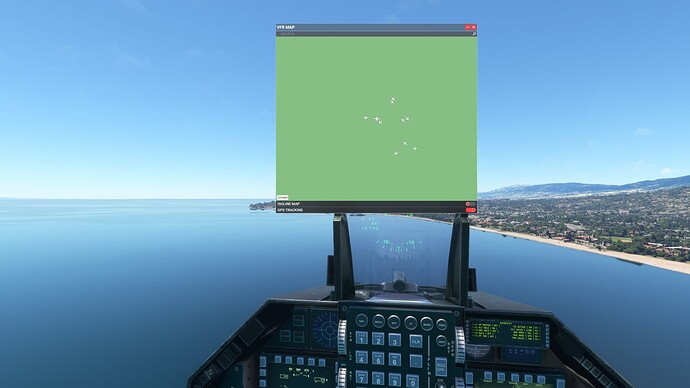 Just launch VFR map. I’m not sure if this happens all the time but I have noticed this issue pretty often recently.

Yes intermittently. Some flights it works ok and others not.

I did. I have had this issue every time I open the VFR map since the day SU10 came out. But after seeing this post and that others were having the same issue, on a lark, I just re-loaded the sim without addons. (i.e. safe mode) I’ve loaded into 3 different locations now, and the VFR map shows the expected content in all 3 places. I have a bunch of addons so I can’t confirm which is the problem (unless someone thinks I should take the time), but it appears to be an addon issue. 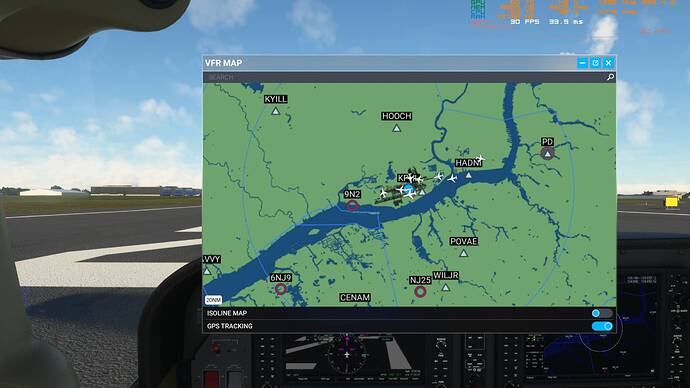 I seem to remember running into this problem when I had the GTN750 installed (or was it the GNS530?), and removing it solved the problem.

After removing only the pms50-instrument-gtn750 folder from my Community folder, I can see the VFR map consistently. Thanks for the help. I was frustrated that I couldn’t check out all the new map features until now!