Was wondering as the future testing plans of FS releases are they still keeping Alpha / Beta testers on for that or will the game updates such as the one this Friday just be brought into the wild.

VR is already working and coming in October, they started working on VR just after Seattle announcement in Summer 2019 “https://www.youtube.com/watch?v=2Rl_onmgoV8&feature=youtu.be&t=2997"

Who says there is an update on Friday I thought they said they was just going to update us on the 27th when the update to fix all the current install issue’s is due to be released. 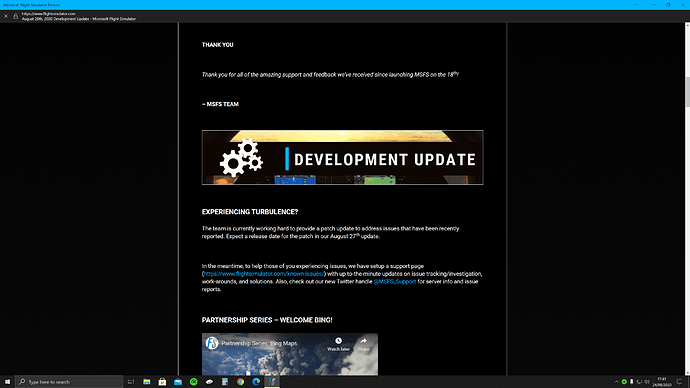 Actually got me chuckling haha, it’s likely OP is in a timezone where dev updates come out on friday.

Correct I AM from the Uk so is correct Friday is the date for me. 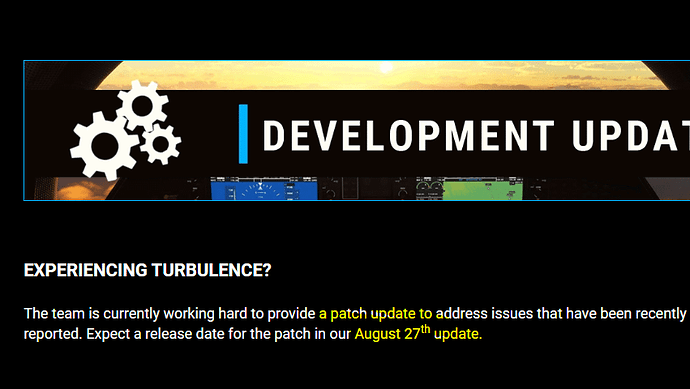 Umm Thursday is the 27th…

I am also from the uk and most updates are released on Thursdays usually been dropped between 9pm and 11pm occasionally just after midnight.

But really I was just saying there is no actual in game update scheduled for the 27th just in case people are expecting that.

Would love to be able to beta test Oculus Quest with Link cable. Wonder if they’ll eventually put out a headset-specific call for testers?

*Note: As many of you know Facebook announced that in two years time, current Oculus users without FB accounts will be forced to create an FB account to keep using headsets with all features. At this time, I’ll be leaving the Oculus platform, most certainly. Quite unhappy about this decision.

The 27th wikk give you the date for the patch, not the patch itself.

If this is true I will also abandon Oculus and change my HMD.

As far as I understand, FB will be pushing non-FB account holders to “merge” their Oculus account with a FB account asap. By 2023, FB will require Oculus users to create an FB account. Those users who don’t comply will be unable to update their devices.

I really hope that they implement VR so you can just set a button to switch between VR and regular screen. I have games that you have to restart the game to choose VR or regular. But it is so much better when I can be setting up the plane on the screen, then put on my headset and push a button and fly some maneuvers without even exiting my session.
Is there a place to leave feedback like that to the developers?

X Plane 11 .50 and P3D V5 both allow you to switch without restarting the whole sim but maybe that is because they use the lastest Graphics API’s and given MSFS 2020 is using only maybe it will be a restart?

most .net built systems require a restart and this is created using c++ inside visual studio so who knows