Thanks, let me know how it goes when you get the Quest, I am really curious

Agreed. Ita phenomenal he needs to tweak and play with settings… or just got the rift s

A ton of people, that’s a big statement!

Dude, am I making this up ? There is this search engine called Google, try it. Tons of users having similar issues

Any suggestions on tweaks ?

No need to belittle.
Perhaps learn how a pc works, start tweaking and enjoying the sim rather than coming online and blaming the sim.

I play on medium with 1050 ti with pretty stable fps

But it take some tweaking… You are in luck though because oculus have lots of options for tweaking : ) with your card you might be even able to fly it on high or ultra! So! go to oculus debug tool and change fov form 0,0 to 0.8, 0.8 you will not notice it in quest and it will give you ■■■■ ton of fps

adaptive gpu performance scale set at off, you will have to do it every time you open windows as it will be overwritten. Best thing to do, do it and left it open. Second thing is oculus tray tool, set the supersampling at 1 and ASW at 18hz.

And that’s how I got stable fps on medium with card like 5 times worse that you have? So you can tweak the settings wayyy higher, maybe play with supersampling at higher value. Rendering etc. With you GPU sky is the limit. 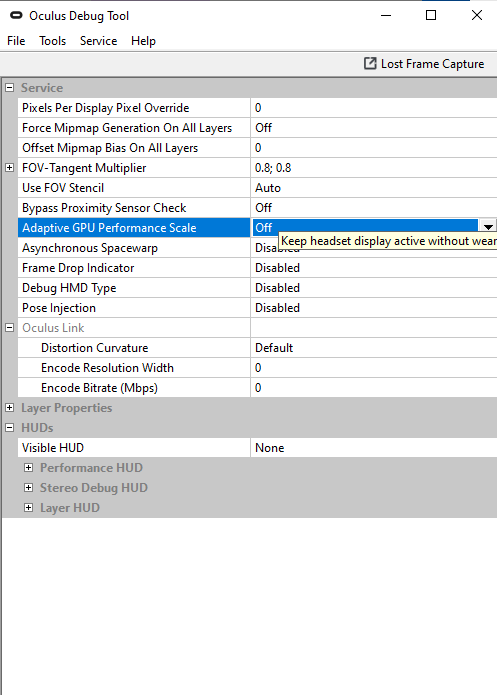 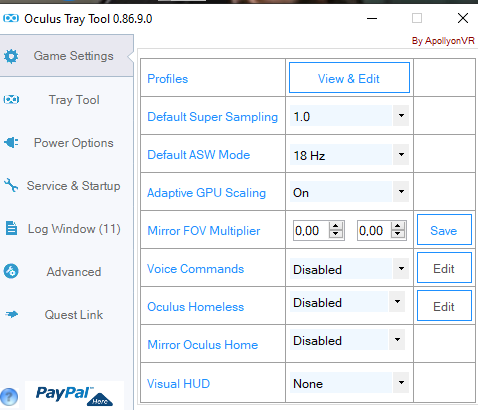 I’m one of those tons of people with a quest 2. So I ended returning the ■■■■ thing and I’ll try VR again in the future. But I don’t know if it was the Quest 2 or not. I would’ve e have thought a RTX3900 could have given me a smooth experience. I was wrong.

As with any technology you have to set it up properly. In your case, you clearly didn’t do this.

My system is way below optimal, yet I get perfectly viewable experiences.

Here’s my point. I have to open the debug menu. Every time I want to use Vr. Change the ASW Settings. Change the FOV settings?

It’s not realistic. It’s clear to me now that the Quest 2 was meant to be a mobile VR platform first. And by sprinkling a PC VR.

The most laughable issue for me has headphones and a microphone. Neither work in the $70 link cable. Nvm the fact I had to get a PCI E USB C card because even with proper power supply going to the dedicated MOBO one it wouldn’t stay connected for more than 5 seconds when going into USB LINK mode.

As far as I’m concerned Facebook will never see my money again.

You must be the chap that likes playing in outside view, with Xbox controllers, and fly under bridges and such.

It seems to me you don’t really understand the technology.

Anyway I’m out of this discussion now.

It’s clear to me now that the Quest 2 was meant to be a mobile VR platform first. And by sprinkling a PC VR.

And that’s absolutely a thing to keep in mind. YES you can play PC VR on it, but it’s not the intended use for the Quest 2.

Personally I don’t have any experience with the Quest 2, but I do know from using the Rift, Rift S and HP Reverb G2 with MSFS it’s an absolute blast to use VR with the simulator and is in no way unplayable. And that is with using only a 1080TI

"Here’s my point. I have to open the debug menu. Every time I want to use Vr. Change the ASW Settings. Change the FOV settings?

It’s not realistic. It’s clear to me now that the Quest 2 was meant to be a mobile VR platform first. And by sprinkling a PC VR."

You don’t have to do that. YOU MAY do that if you want squeeze more out of your pc. You do you. I’m having fun : D

Any suggestions on tweaks?

Check this one for example: My 2070 SUPER VR settings and suggestions (Index - SteamVR)

All to the contrary my friend.

I use flight simulation for awareness training and familiarity. Learning procedures, cockpit layouts, and such.

My favorite thing to do is fly tube liners, but occasionally before an IRL flight lesson or trip ill ft the to in the sim to practice the approaches, etc.

I’m not saying it wouldn’t work for you. You have the patience to set it up before every session and have had success with it. That’s good for you. I truly mean this. Not in a dismissive way, I’m happy you have had success.

Here’s a glimpse of the more then 50 hours I put into trying to correct the problems;

For me. Initially the support team at Oculus provided no help. If anything they just delayed their responses. A true show of terrible customer service. So I did my own research and fixed the connection issues. Then I attempted all fixes to use with my 2 other platforms. (P3D. XP11) some of those included recommendations in this same topic. Other established flight simulator communities that I have been a part of for more then a decade. Guess what happened @YearlingDeer319, I still had the “wavy” outside the cockpit view mess. Stuttering, and CTD. Then I realized, I wasn’t alone in the problem. And it became apparent I should get my money back while I see till can.

In the end, the only time I had a good experience in any of the platforms with that headset, was when I did fly in a small, non complex aircraft with basically no instrumentation they it was like flying outside.

But it also seems to me you jump into conclusions about people quickly with out truly understanding the audience. My advice. Try not to be so quick to judge. Might be something that could end up causing issues in a relationship in the future.

Can I suggest you watch the following two videos to get some insight on setting up your computer and the sim. 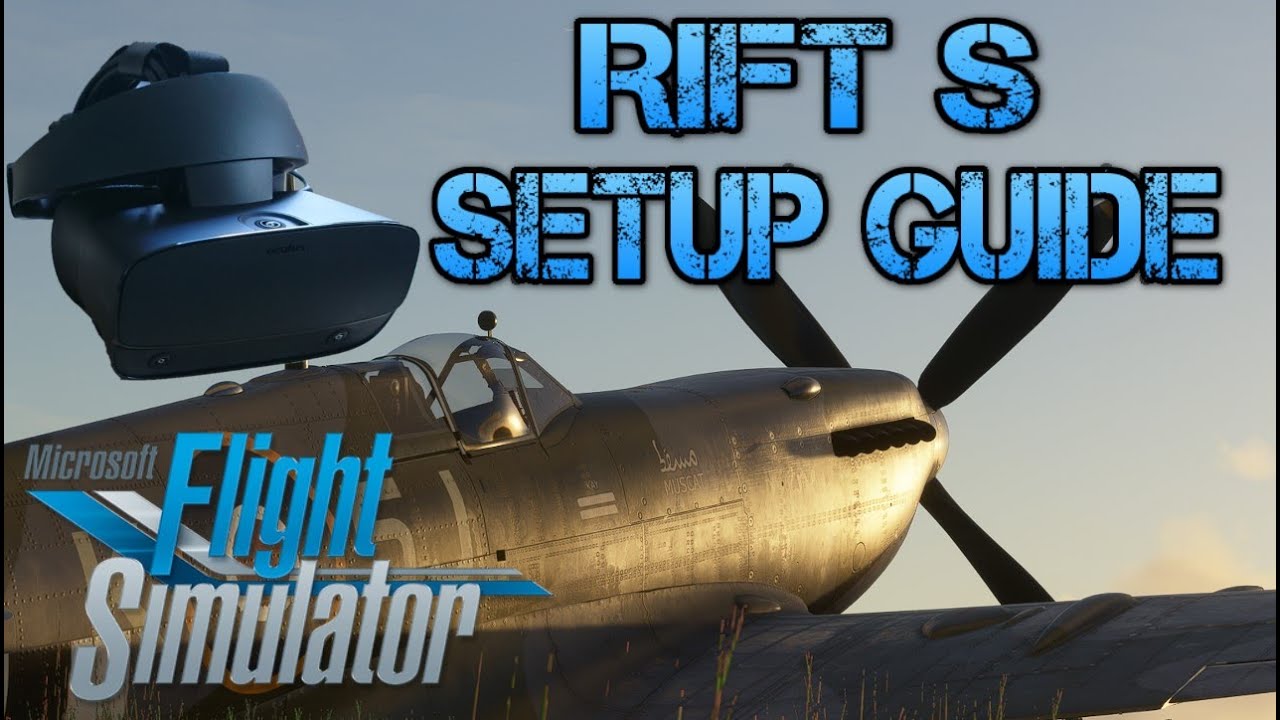 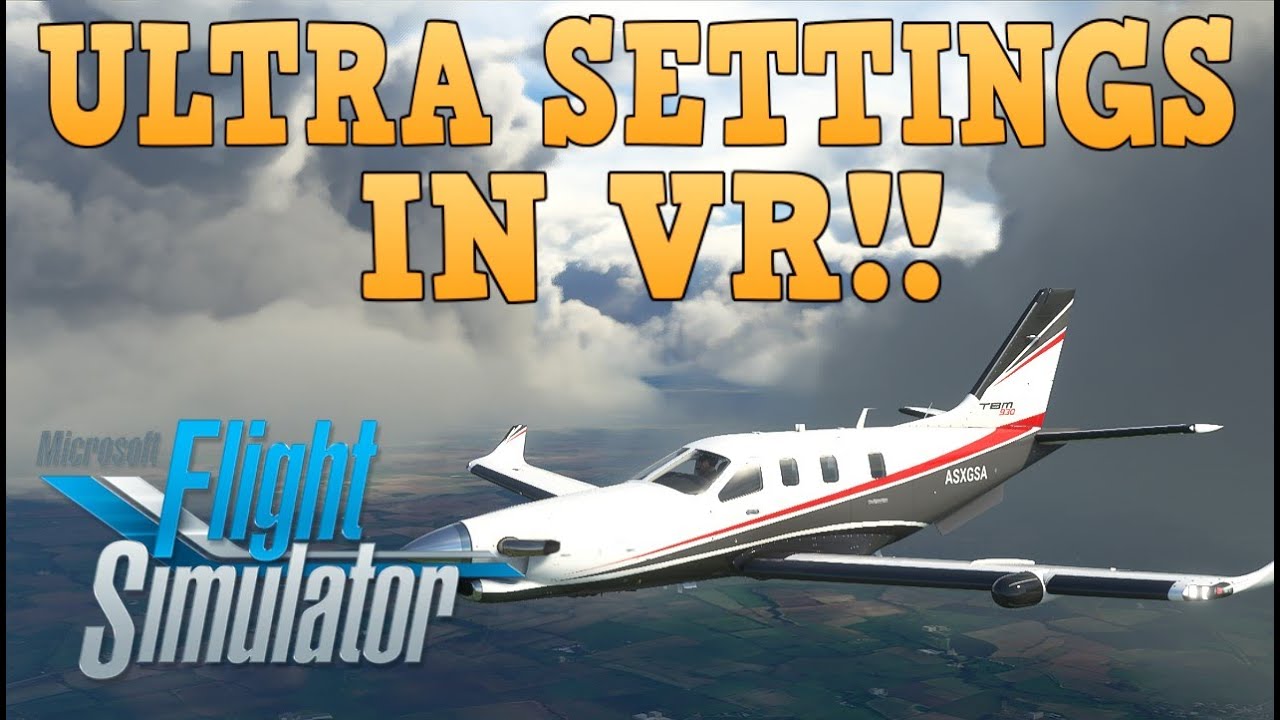 This guy is setting up an Oculus Headset using tools that should apply to your headset.

Is there any update coming for VR mode ? The game is unplayable trying to use it. I have a GTX 2080 Super with 32 RAM and I7 10th Gen, Oculus Quest 2 with Oculus link cable.

Should be a good system for VR. I have a 2080Ti and a G2 so our specs should be quite similar. However I don’t know about the Oculus platform. I’m tinkering quite a lot but I have OXR at 60% scaling and MSFS at 90% scaling with MSFS settings on medium / high. Sim runs smooth and clear in all areas apart from the most built up ones with DLC.

I know! turning vr on first time was only playable with 60 rendering and all low, which was kinda ridiculous. But I tried and found a pretty working solution

Guy is as excited as me

what also helped was changing the fov, I tried 0,7 yesterday and it was even smoother (but on 0,7 I started to saw the black borders creeping in, but no biggie, lets say I flown with the helmet on :D) I was flying in airbus, having fun, walking around my room on autopilot which is walking around the plane in vr

As far as FPS I would have to check with some fps counter but I’m not sure it will be credible as it’s some FPS voodo with the oculus tray tool that only shows the fourth one, so it’s extra smoth yet 18 hz setting the guy in the video talks a bit more about it.