Brief description of the issue:
From within a WASM gauge, I am unable to open the .\ or \work directories or create any files under \work. The particular error reported indicates:

This appears to be due to no file descriptors being returned during the call to the WASI __wasilibc_find_relpath call. 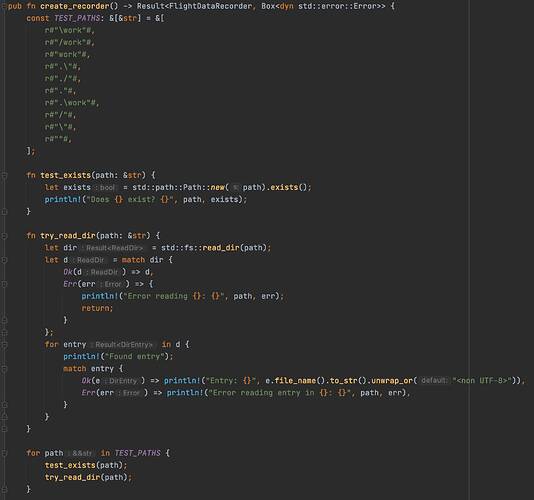 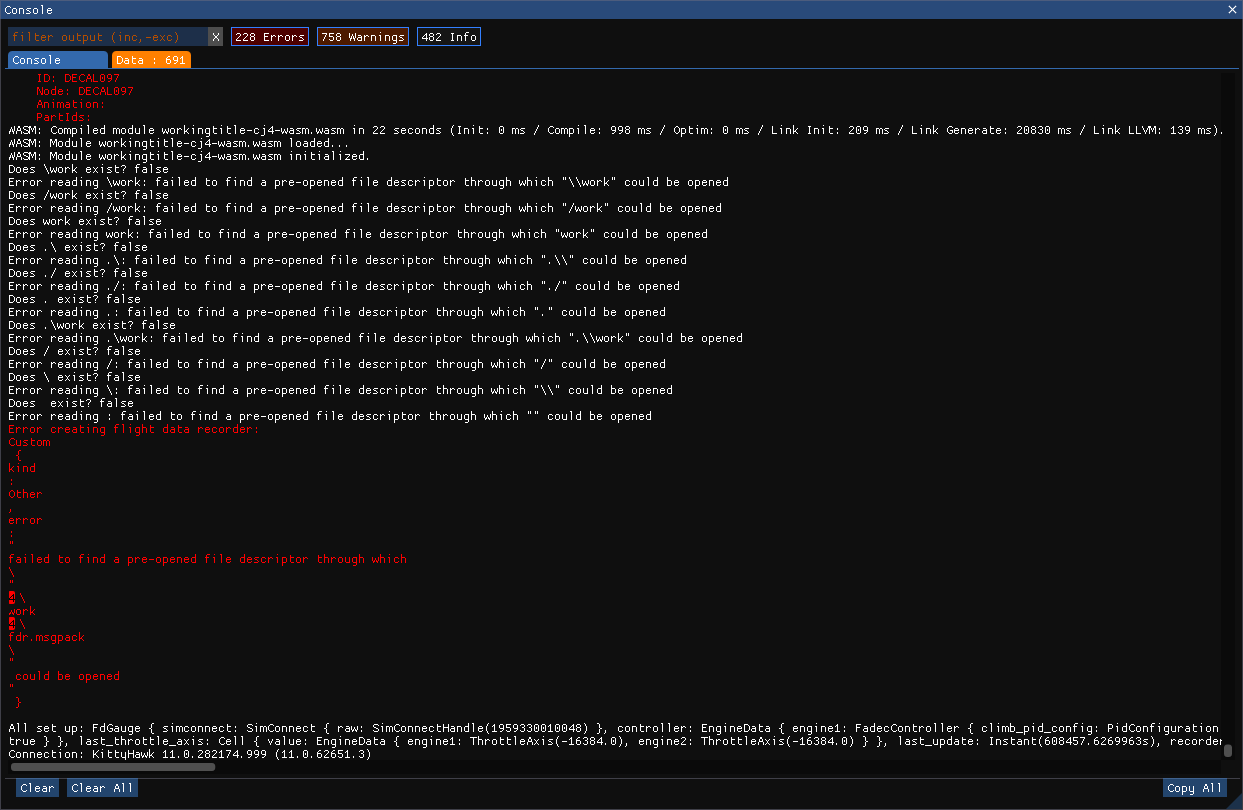 (The \\ instead of \ in the error report is just an implementation detail of how the debug print works on paths. The path being passed has only the one \.)

Note: This does involve use of the Rust compiler, however this is the first incompatibility I’ve found. The actual error is being generated by this bit of code inside the standard library, which receives -1 back as the file descriptor after calling __wasilibc_find_relpath.

I have confirmed that the . and \work directories are already pre-opened as file descriptors 3 and 4 by using the bare fd_prestat_get and fd_prestat_dir_name APIs. That just leads me to believe that it is this find_relpath call that is not returning the pre-opened FD which is the issue.