Way too many trees in NYC

No, seriously. It’s like New York was depopulated for 20 years and nature took over.

I live in the area I fly over. TRUST ME, IT DOESN’T HAVE THAT MANY TREES IN CHELSEA!

Totally agree. The trees are incorrectly depicted for NYC and I’m sure those extra trees are eating up frames. NYC suffers from performance issues to begin with so getting rid of extra trees might help here. Hope Asobo optimizes NYC. I lived there for 10 years so it would be nice to visit without suffering 5 fps in NYC.

Same problem with the Chicago man-made scenery add-on I just purchased from Marketplace. There are trees growing on the field and in the stands at Soldier’s Field and Grant Park is a forest preserve instead of the open and grassy park that it is. The entire lakefront stretch along the OuterDrive is lost in trees. The WGN-TV helo pad was completely grown over with trees. I used to I’ve in Chicago so I know what it should look like.

It’s not just the cities, I’ve submitted Zendesk reports for part of the Scottish Highlands that have sprouted trees that I know for a fact don’t exist IRL.

This will be easier for others. 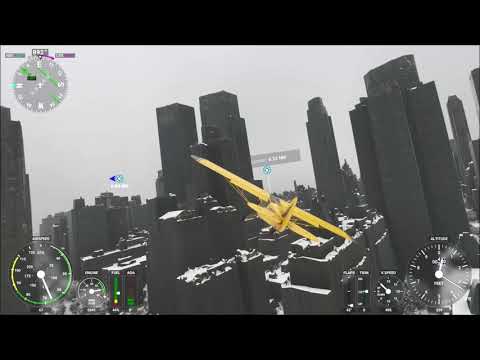 LOL… I expected a landing in Central park on the ice