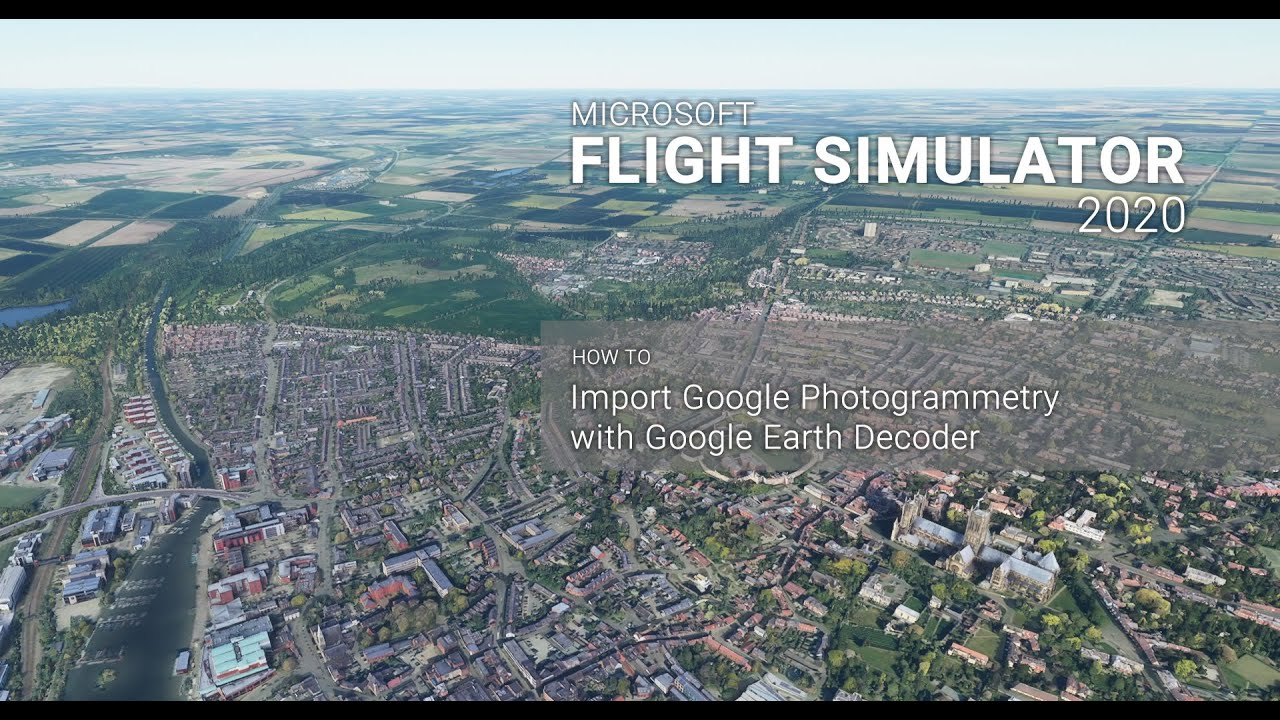 It only works if there are 3-D images of the area you want.

On my South-American tour, attempt #3 520NM from SPZA to SPRU…hoping the game does not CTD this time…the other 2 attempts CTD:d about 90 to 100 miles before destination… 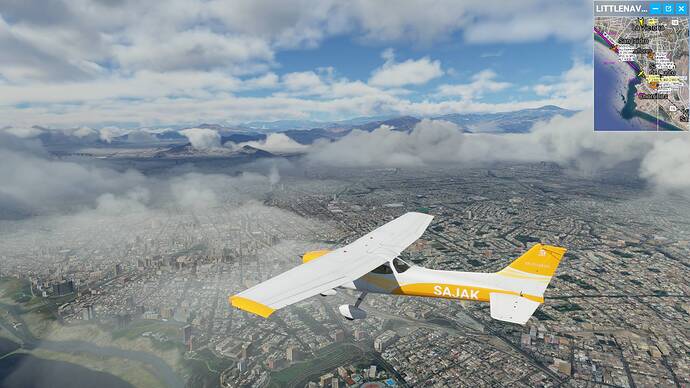 edit: Well…guess what??? Game crashed when there was only 100 miles left. This GAME can be used ONLY FOR UNPLANNED TRIPS shorter than 300NM…

Tried a flight with the CJ4 with Working Title mods.

Made a mistake with the flight planner (in the MFD). So I did a few circles, but it worked out.

Also the ILS approach wasn’t what I expected, so I probably made a mistake there, so I did that part manually until LOC intercept.

I failed to stay on the Glideslope (was above it) because I did not use the air breaks in time.

Turns out there was another thing I forgot, but I only heard it as I was scraping on the asphalt: 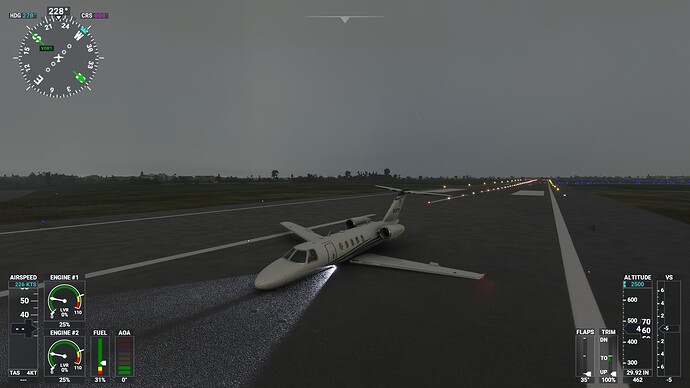 I also had an issue with my framerate today, but I think it’s mostly Shadow PC having a bad day.

you are not alone on that last error.
I was curious why I saw altitudes like -43ft regularly until I was watching another simmer in an airliner land without gear down and then it made sense! I would be lying if I said I had not also heard that scraping sound lol.

I think the trick is to make the process as procedural as possible. A real challenge for me as i like to do things early to be ready and reduce workload, but I just delay things like deploying gear and miss them. It also results in just redoing the approach procedure at the correct time, rather than being patient.

on the main topic… did a quick and nasty visual of where I had flown so far in the 747-8. many of these multiple times. Looks like South Africa, Madagascar etc is on the cards 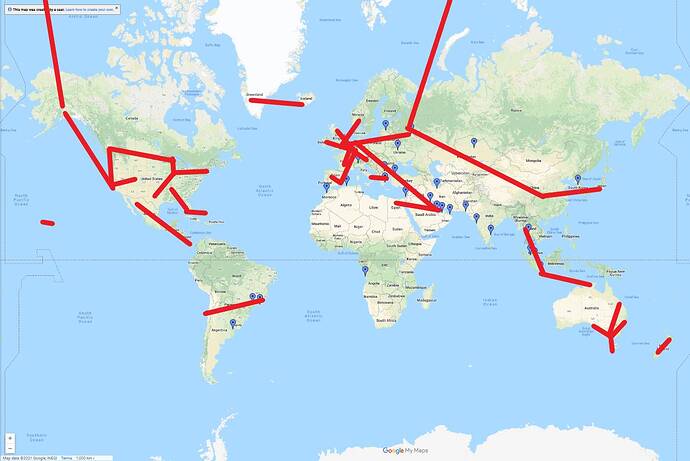 Exactly what I did with the gear: I’ll wait a bit with that. I was planning to pop-up the checklist but … yeah.

Flying over Waikiki, enhanced by the Ochiai add-on, I notice two places still missing: The Aloha Tower and the Ilikai Hotel. Still more than the default Waikiki 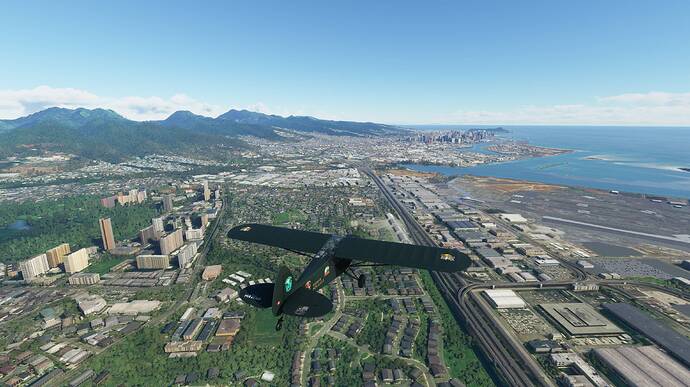 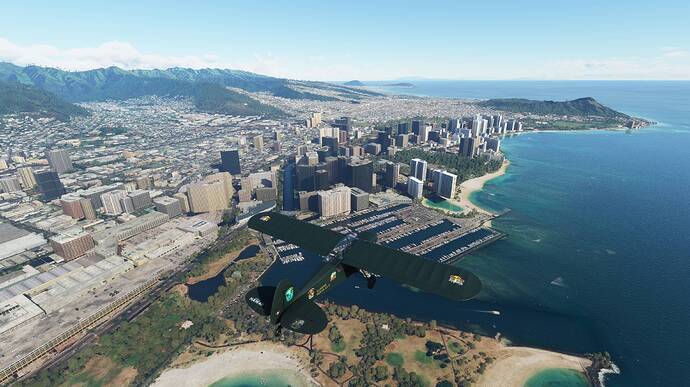 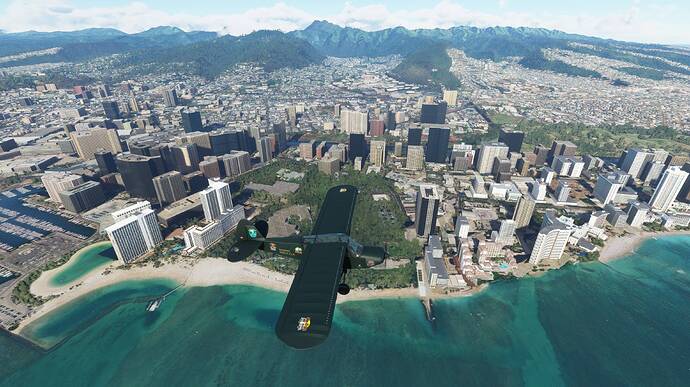 Another IFR Pilot2ATC shakedown flight from Santa Barbara to Charles Schultz (Santa Rosa). I’m getting used to the messages and mic work 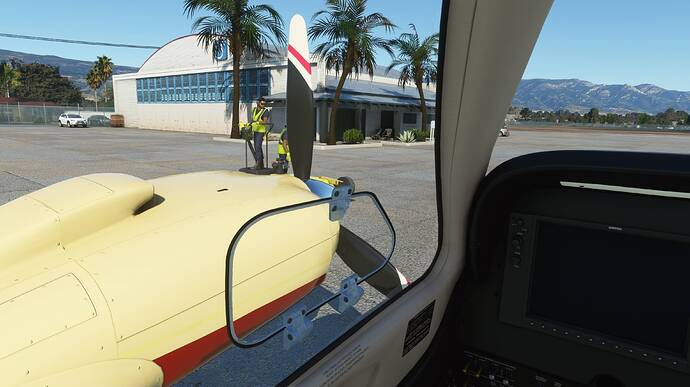 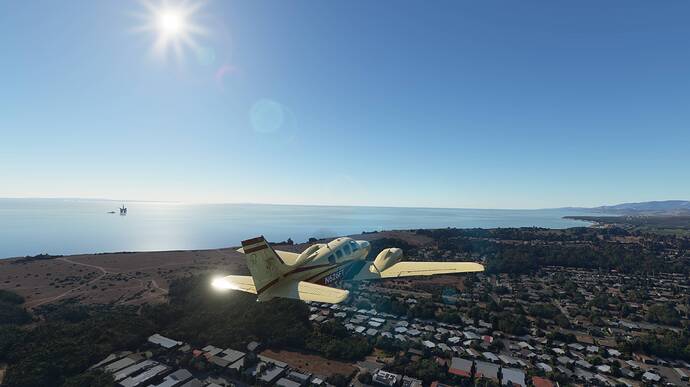 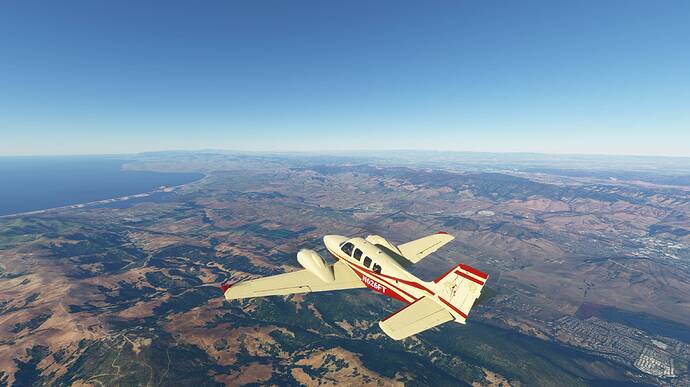 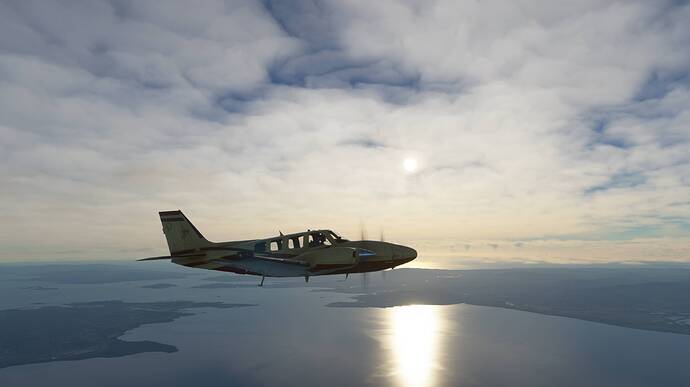 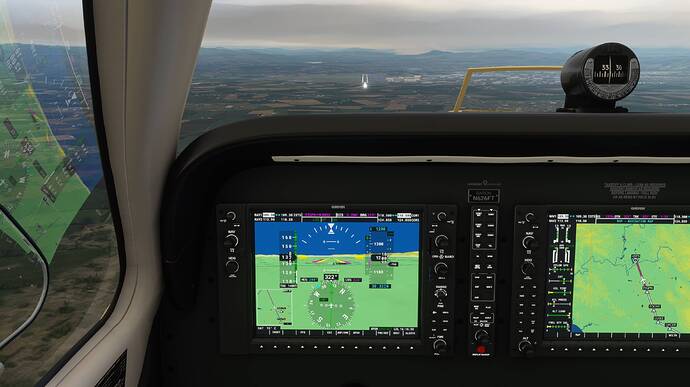 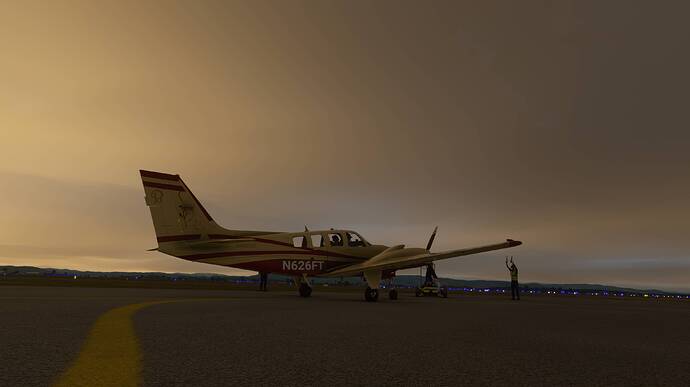 We had some nice weather so I took a little night tour of the Vancouver bridge scenery… can you name them?

1 hour 15 in, still running. AI Traffic ON. I use Air Hauler 2, but decided i’d test without it connected. Interesting… 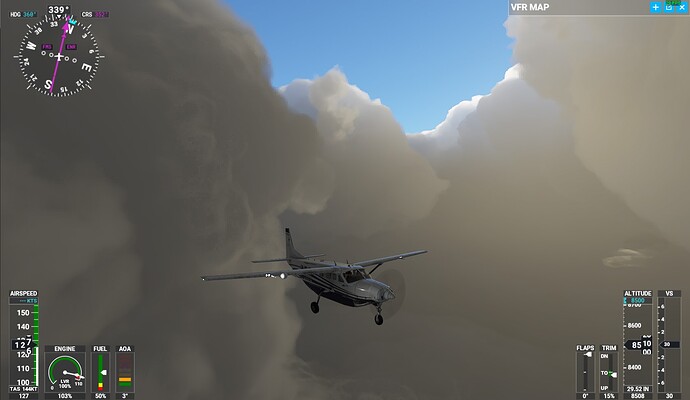 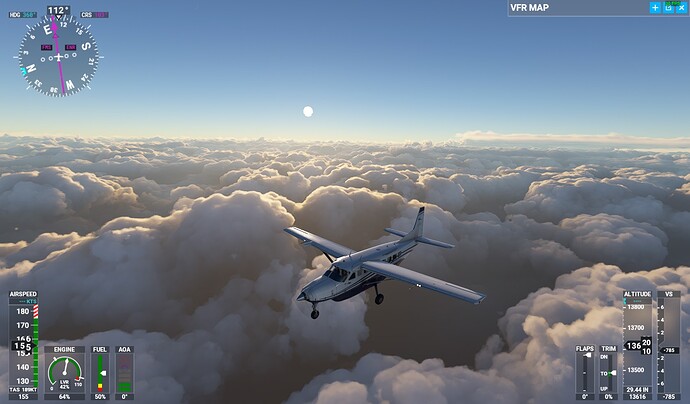 Learned about how to use the FMS in the Working Title CJ4 mod.

FSEconomy flight from LFQQ to LFPE with the C208.

I also tried creating a flight plan with Simbrief and then to manually enter it into the C208 computer. Which worked well.

I also used ATC for this flight, but it was a little confusing:

There was still some icing, but I tried to stay away from clouds so it wasn’t too bad.

There was also a weird thing where I think the weather changed and suddenly I was 500 ft too low but even worse my IAS increased with 50 kts, so I was massively overspeeding instantly.

Having fun, learning some valuable lessons such as:
If you fly through THAT, in THIS… your gonna have a bad time 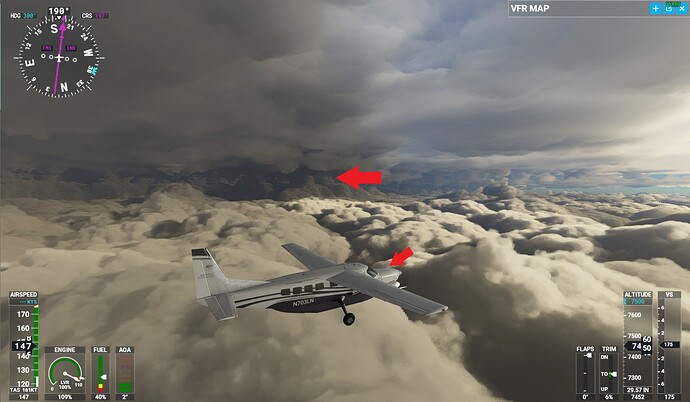 Took the CJ4 on the next leg of my Souther Hemisphere tour… Aruba to Caracas Venezuela. I highly recommend doing the approach into Caracas… it is beautiful!