Yeah, about that - Paypal was an option, but PayPal for some reason didn’t want to pay me any more, So they cut it off with me and banned me for 6 months. No clue why they took this action and there is no way to get out of PayPal jail. However as a work around - Google Pay does let you link your PayPal account to it and you can pay with Google Pay Via PayPal. I wish they didn’t have this issue with my account, but for the next 6 months it’ll have to wait. It’s actually quite annoying being my plane is so inexpensive.

So much good info in here.

So what it the process at a non-towered airport if you are doing an RNAV approach? I’ve been wondering about this and patterns. It seems like that would be mixing up traffic.

I have no idea if it’s correct procedure but as I’ve being doing it since FSX it certainly becomes habit.

In VFR on an oblique or square on approach in my mind I simply extrapolate the line of the runway to a point where I think I should be completing my turn, it could be a house, a field or anything. After that it’s really only practice, if you know your plane it just gets easier.

The FSX Paris Airbus airshow mission used to infuriate me before I started doing this, it was so hard to correct if you got it wrong (flying by hand).

o what it the process at a non-towered airport if you are doing an RNAV approach? I’ve been wondering about this and patterns. It seems like that would be mixing up traffic.

What makes KHAF especially challenging when trying to do pattern work there in a fast jet is that it is non-towered; and it has mountains and multiple restrictions. There is a marine wild life preserve in the Ocean side and the place has what the area is famously known for in addition to its hills: heavy fog. There are also frequent wind gusts departing from Runway 30. Another problem is general location. KHAF is less than 10 miles from the Class B airspace of KSFO (San Francisco International Airport).

I’m limiting my payware purchases of planes in MSFS to study level business jets like what is available in P3D ie. Learjet 35A and Falcon 50.

I am not aware of anything that requires more, but there most likely is.

I did. Thanks. I love Hondas. My SUV and van now are Hondas.

The thing though is this: those engine over wings are something else. As in like, huh?? Like this too. lol

The thing though is this: those engine over wings are something else.

I think it is more a case of what you are used to seeing, the design is more popular in Eastern Europe then the West.

There have been many many other aircraft built that way: 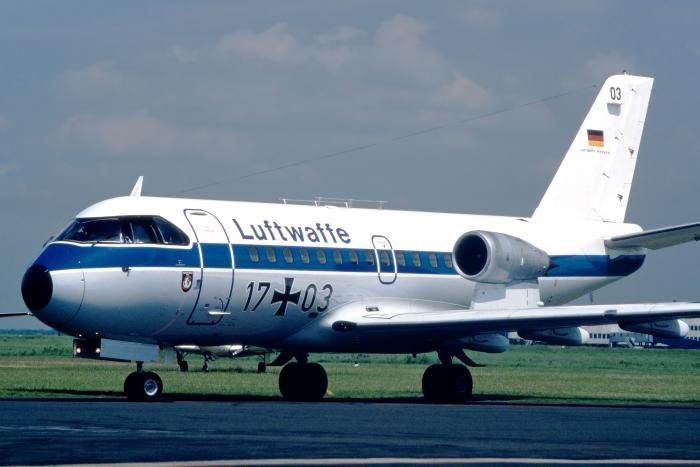 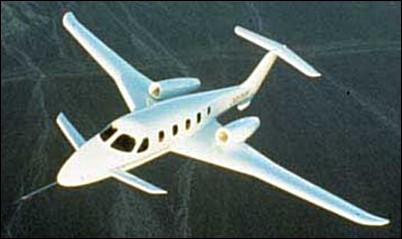 Two reasons I can think of immediately for not having it like that:

There are huge advantages to the design.

You avoid the excessive height of under wing engines and the inherent stability issues with oversized under wing engines like happened with the Boeing 737 Max. You also avoid the high noise, tendency to nose up and stall on engine loss and structural issues of rear mounted engines.

Any idea why all planes are not designed with engine over wings then?

They are typically used where ingesting water or dust and debris is an issue. Seaplanes for example.

Disadvantages compared to underwing would be maintenance, more noise into central cabin (still better than rear mounted though) , mounting struts add weight, more damage to the aircraft if an engine explodes, same tendency to nose up on engine failure as rear mounted (though much less severe) and trickier to design from an aerodynamic perspective.

Add to that the high mounted engines affect your CG (center of gravity). You may think that your wings are your center of gravity…but all your movements use the heaviest weight balance center (CG) as the center point. Imagine you have a model aircraft and then you stick a rod thru the perfect weight center in all 3 dimensions. It will spin balanced on all three rods. When you use your rudder, your center of where you pivot is your CG. Those high engines raise your CG. A full load of fuel in the wings may balance this out, but as your fuel drains your CG will move up, completely changing the way it fly’s. Every aircraft has a envelope…space that you can change your CG with passengers, fuel, cargo etc. Exceed the envelope size and the aircraft becomes unstable. Its all about balance. The high engines also will apply torque and thrust on the high side of the CG. This is why you do not see a lot of aircraft with high mounted engines.

Those high engines raise your CG. A full load of fuel in the wings may balance this out, but as your fuel drains your CG will move up, completely changing the way it fly’s.

Great explanation. Thank you. If I am understanding you right the trick to flight stability is to keep your center of gravity unchanged throughout the flight. In that case, tri-jets or rear-mounted jets have a big problem on long flights when their fuel in the wings empty out and the weight and the CG move towards the rear resulting in upward increase in the pitch. Trim adjustments must be added to keep the nose down.

Your CG is going to move during flight regardless as fuel burns off.

I always find it amazing how the airlines are able to calculate their weight and balance for flights.
I was on a flight once that was so devoid of passengers, they made 6 people move to the back end of the plane.

I assumed that @C182golf is the woman in the photo!

I was on a flight once that was so devoid of passengers, they made 6 people move to the back end of the plane.

My wife and I were on a 747 flight from Switzerland to San Francisco (maybe it was New York?) in the 1980s. We were the only ones in the plane so they moved us upstairs to First Class. We were exhausted from a month of traveling and we ended up sleeping most of the way.

I had a similar experience between Munich and Birmingham, England on a DC-9 but without a wife … me and the all girl crew had a scream although nothing untowards (except maybe in my mind

). Free bar while I waited for my connecting flight too.

Nope… that’s the most expensive thing in the picture…my wife.
My Skylane is actually worth more now than when I purchased it new in 2007. It was a little over $ 450k…but the new base price is now $653k for the turbo versions. Airplanes are good investments… if you take care of them… they appreciate. I was offered $550k for it a few weeks ago…NOPE! Im not parting with tango golf anytime soon!
My x flight school almost to TBO c172sp I traded in on my Skylane, Cessna gave me 100% of what I paid for it towards my new aircraft. And paid for my instrument rating. It’s G1000 equipped… brand new feature for aircraft back then.
Only real difference between the modern-day g1000’s is I have a KAP140 autopilot separate from the g1000. Every annual I get all the latest upgrades. 99% have been as simple as a download. The ADS-B has a small module behind the dash. Now I get weather nexrad without having to pay for It. It now has the nxi upgrade and its finally like the sim version with synthetic vision… Part of the NXI upgrade. Only cost $29k! Yes ouch!
I could have gone with the AP included and replaced the kap140, but I couldn’t see paying another 20k for it. The KAP140 is fully integrated.
Still looks and smells new…even though I just passed 1500 hours. Yes its kept in a hanger. Almost zero warranty issues, and what I did have was paid for by Lycoming… replaced a turbo waste gate? if my memory is correct. Wonderful aircraft to fly! And Carenado has the msfs ground handing totally incorrect! The sim version acts like there’s 100 lbs of air in the nose wheel… not the real aircraft. A little rudder to compensate for the torque and its ultra easy to hold the centerline!

In the real world, if you’re at 1000’ agl on downwind mid-field, the two ends of a 5000’ runway will subtend an angle of around 52 degrees at your eye.
To relate this to what you see on the screen in FS, you would need some kind of angle reference, like how far your (simulated) eye is from two points in the airplane a known horizontal distance apart, like say the edges of a side window. How far your actual eye is from the screen also affects what you actually see on screen.