What happened to the flight training module in this latest update?

I had taken several training flights and solo’d but I don’t find that training even available in the updated version. My logbook shows the flights but the module I was in when I did them doesn’t seem to exist now.

Have they dropped that flight training?

Not in the sim at the moment, but have you checked “content manager” to see if they’re located there and still need to be uploaded? Not everything loads with an update, since those are optional updates and some folks don’t have the space or don’t use certain things and just don’t want to load them.
Regards

The training missions got completely changed with this latest patch. So the old ones aren’t available anymore indeed.

You should be able to find these new training lessons from the main screen. If you don’t see them, check for any updates in the Content Manager from your Profile page.

Just for giggles I decided to check out the training in C152. Everything was fine until she asked me to look around. So having IrTracker…I looked around. And waited, and waited. Apparently training is a do it my way or the highway. Did not realize I was looking everywhere….lol.

Yeh, for these objectives the sim is basically waiting to detect an input bound to that function, which will not be triggered by TrackIR

If you want to complete them, maybe temporarily bind a key, and remove that later again.

Whaaaa???
I know this is about flying so I guess I shouldn’t be too surprised that your answer flew right over my head. Thanks anyway.

Did you find the new training missions? Or does something still seem missing for you?

Thanks for replying. Yes …checked that. Not there and I made sure I have all updates.
It’s like the training module for instructed flight and solo …aren’t there in the new version.

From the first page you load in to, the big tile in the bottom left, called ‘Flight Training’.

That’s where the new training lessons are. The old ones got removed with the latest patch. 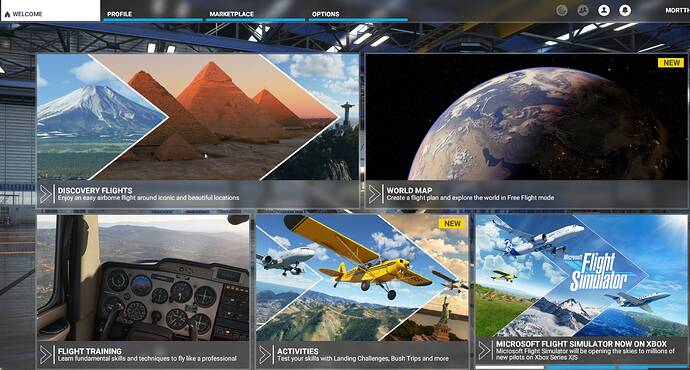 Thanks! Yes …I had found those.

Since they trashed the previous flight lessons and trashed the record of the progress the user had made, including solo, I started all over with this new process. (shaking my head at the level of customer disrespect that represents). If my name was the same as yours I’d be mortified.

No idea how to make it disappear/reappear under these conditions and the training lesson is therefore stalled at this point because that has to be done before it will continue.

Really impressed with how this works! No idea what they mean by saying Press ? to interact.

Anyone know what is happening with this?. 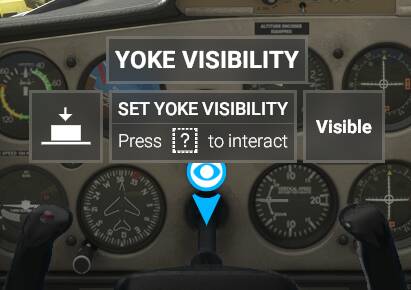 Hope this helps. The change to the default bindings (and missing new ones) for PC is a bit annoying indeed. I agree on that.

Thanks M2! That did it.
Really a brain teaser as to why they would have trashed the prior versions training and training records and then do that to the interaction.
I’m sure that won’t be my last emergency flare and I’m very appreciative of the help you guys offer!
Have a great evening.