What have they done with the USA update

Man USA update Photogammetry is worse than London, its a mess half the smaller highway bridges over rivers are either missing or global warming has kicked in and put them all under water and NYC is an abonination

NYC looks pretty good. You may be having Photogrammetry feed issues. I flew this at about 2,000’ which is lower than most would over a major city (for clearance purposes), but the PG holds up quite well. I’m only running 1080P. 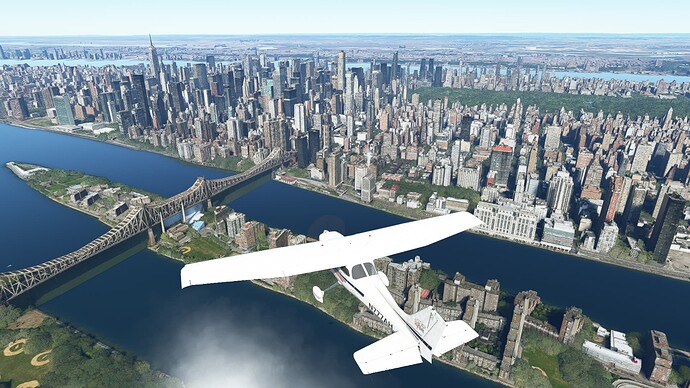 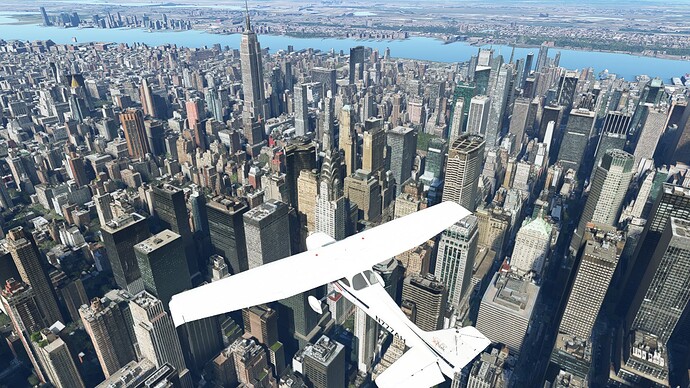 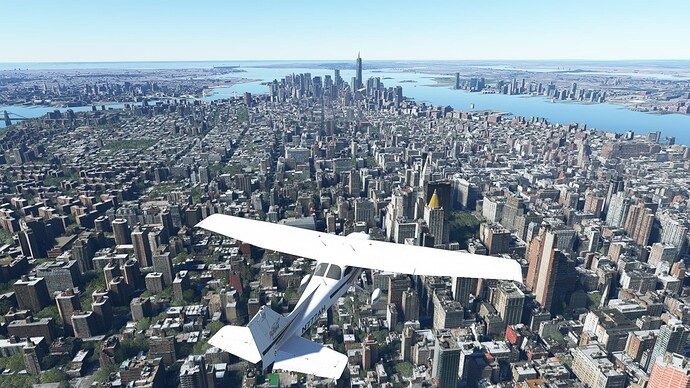 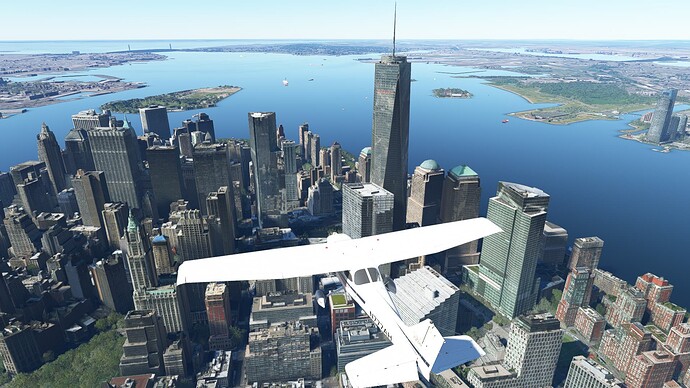 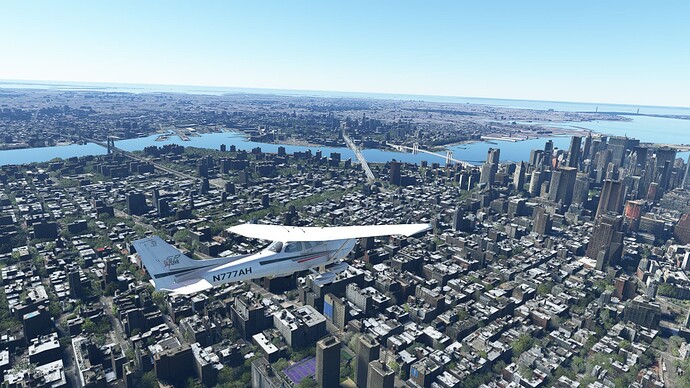 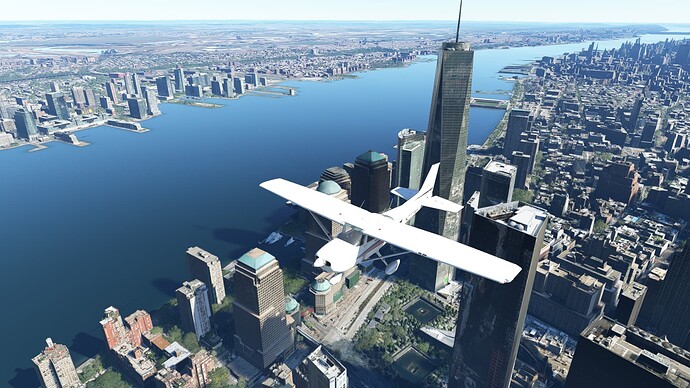 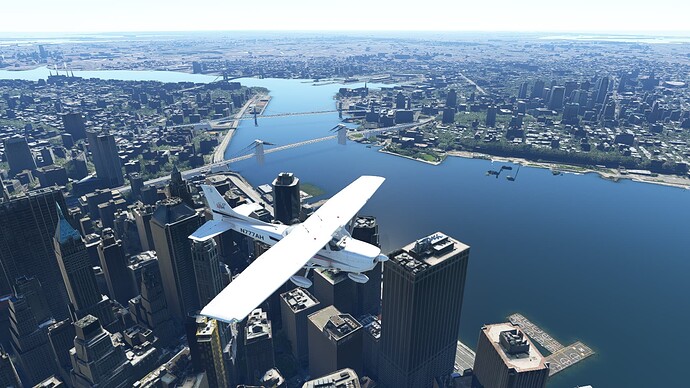 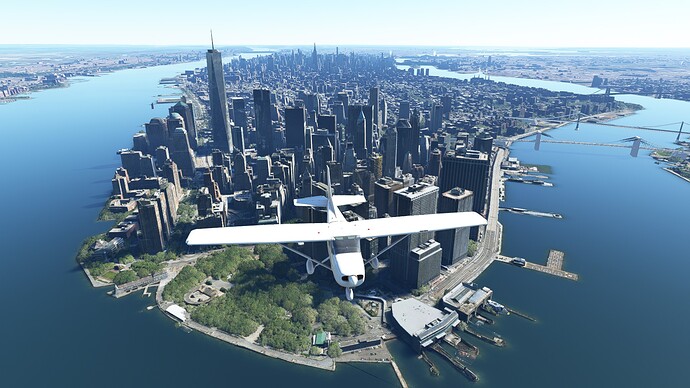 Where are these places? 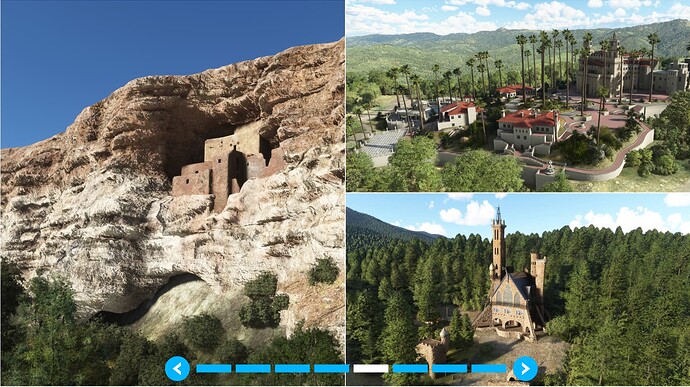 One of those is Hearst Castle. The other is a famous cliffside Pueblo Dwelling. Not sure about the third.

Thank you!
I have to see that Hearst Castle ASAP!

Where are these places?

The one on the left is in Taos New Mexico. I’ve been there, and if you ever get the chance, I recommend a visit.

They did a great job with some places like New York, but if you go to Boise, Idaho and Charleston, West Virginia it’s a different story.

Boise is flooded by the river and there’s a huge line that goes right through the middle of the satellite images.

Charleston looks like the photogrammetry was taken in the fall, it looks great, but the Appalachian mountains and vegetation around it are bright green so it doesn’t blend well.

my buildings just look melted and I have 1TB Fibre Broadband so its not internet issues!

Beautiful country out there in real life. I’m sure it’s great in the sim, too!

Have they improved the satellite imagery, especially Hawaii and Alaska?

It has been a while since I flew in the Bahamas but ■■■■… the water actually looks the Bahamas really does! You can see the reefs under the water. Not sure if that was part of the recent update or not

I couldn’t detect any difference in Hawaii. The lack of any water mask updates is disappointing.

According to Micro-Sobo, it is an issue on our end. (you know, check our internet connection,)

Depending on the location in the Bahamas, it’s not new. I’ve flown around Whale Cay and a few other areas quite a bit in the past. & Whale Cay doesn’t seem to have that weird water texture issue when you get close to it like other areas with water masks do. You can land in it and it still looks great.

Why have Asobo made two USA Updates (World Update II and now X)? Did they not do a good job in Update II? Asobo please make an Update for Canada! How about it fellow simmers, doesn’t Canada deserve some love?

They had to “Dum” down the photogrammetry overall to allow Maverick and Pelican to look good. Maybe they will bring it back as it once was because melted building just about everywhere just does not cut…IMO

While I agree that Canada requires a WU… They said at the very start USA would get multiple WU’s.