Where are the thunder and lightning...?

Although what was nice, I didn’t have to deviate for weather at all.

I’ve pretty much stopped playing, only booting up in hopes there has been some kind of update to the weather. I’ve lost interest in this flight sim because the weather is the same old “blah, blah” puffy puffs all over even though sometimes a big weather system/front is shown but always generates the same layer of cumulus mess (same height, same thickness, etc) the weather has no variation and is boring. No wind gusts, no significant turbulence or “risks” for flying into bad weather (because there is none).

The sky is where pilots live, " the sky to a pilot is as the ocean is to a fish".

Here’s to hoping Asobo does a MAJOR revision to the weather - Atmosphere! Including visibility, smog, air quality, humidity, and of course cloud realism. I’m not talking accuracy to real world weather but convincing and realistic cloudscapes and challenging conditions, like the real world would pose!

I am flying since days in a area where we have severe thunderstorms, but nothing of that is shown in MSFS. There are a high layer of fluffy clouds, thats it. Its completely of compared to what’s there in reality. We had more realistic weather in the past, but I havent seen thunderstorms in Europe for ages now. 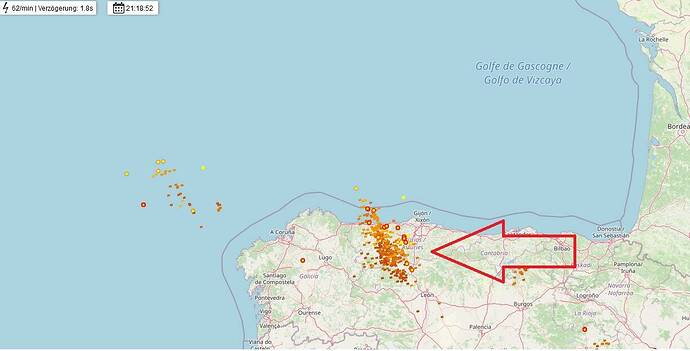 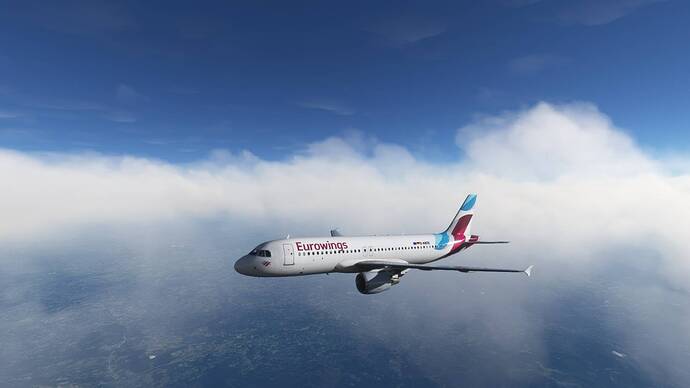 Select real weather, got to https://www.lightningmaps.org and pick a place with thunderstorm in MSFS.

Dont know the Build number, but its several month that way.

I think your post could be related to 2 exitiing ones:
Live Weather Does Not Match
METAR keeps disrupting the weather/ bugged weather/Cumulus/CB clouds only/no medium to high cloud coverage
Since SU7 last November, weather engine is kind of broken and most of the time does not reflect weather as it should.

Probably, but I was pointing out the thunderstorms, which I see in no cases anymore. The Live Weather was never always correct, but we had thunderstorms.

There was a point in live weather where lightning flashes could be seen even in clear skies or in weather where they should not have been. It seems instead of fixing this, thunderstorms and the effects associated with it (thunder & lightning effects) have been removed, hence we no longer see thunderstorms in live weather. This has been the case for a long time now, certainly before SU7.

Hope they can reintroduce them. It’s just another part of live weather that has degraded since release.

Few days ago, in real life we had all day long heavy clouds, thunderstorm, windy, periods with rain. I take off from nearby airport, flown to town where I live. Weather in sim wasn’t near real. In real at time I was flying, we had thunderstorm with heavy rain, in FS, not a single lightning, few clouds and not a drop of rain. At very long distance I could say there was rain pouring, but that was just one place.

I want thunder and lightning, but I play the sim at night a lot and I might not necessarily want to see a lot of lightning flashes. Please make lightning flash frequency adjustable and perhaps even an option to disable it completely (while keeping the thunder).

They haven’t been removed, they just seem to very very rarely happen now. I did see lightning a couple weeks ago. In clear sky…

I’ve been storm chasing for weeks (using METAR reports/badbadweather.com) and have probably only seen lightning 2-3 times.

Seems like when they tried to fix there being too much lightning, they lowered it too much.

I play on Xbox Series X and have clocked up over 300 hours of flight time in the game. I’ve noticed that thunderstorms have been removed since SU7, or around there at least. I use the lightning map on Google to find any thunderstorms with my mate when just having a chilled flight, and have noticed that no storms are rendering where they should be in the world.

The only lightning I’ve seen recently was around Mexico, where I think there was a Hurricane, and even then it was just lightning.

Looking on weather apps, there has been storms around France and Spain recently, but nothing is rendered, either dense clouds or a bit of rain.

Really wish they’d come back as when they were happening in the distance, especially flying at night, it was incredible!

There’s a pattern I am seeing.

Too much lightning = turn it waaay down, to the point it basically doesn’t exist.
Too gusty weather = kill the wind gusts, just to bring them back a year and a half later.
Too much turbulence/downdrafts and updrafts = limit them heavily so people don’t complain they’re being rocked around in bad weather.

I know this is an argument that’s being thrown around pretty often recently, but it was said by the head of MSFS, Jorg.
It’s a sim for simmers!
Well to me it sounds like they’re pandering to an audience that has no idea about aviation. Instead of leaving the challenges in the sim and explaining to the people how they work, what should they do and how to find more info about them, they just turn them off or limit them.

Well to me it sounds like they’re pandering to an audience that has no idea about aviation. Instead of leaving the challenges in the sim and explaining to the people how they work, what should they do and how to find more info about them, they just turn them off or limit them.

Post about a tree on a runway or a glitch within top gun and it’s ‘bug logged’ within a day. Consistently post about upper winds shifting and being incorrect for what, over a year now, not even acknowledged.

Consistently post about upper winds shifting and being incorrect for what, over a year now, not even acknowledged.

If you are referring to live weather, it has been for some time.

There are a couple of other weather related ones as well.