Where can I get an inexpensive VR Headset?

Hi there, Where would I get an inexpensive headset around 150.00? Any help is greatly appreciated.

A second-hand Oculus CV1 if you’re lucky. But that too will probably set you back around 200,-

Yep, CV1 is cheap right now on the usual places…
You will want two motion sensors which bumps up the price somewhat.
I guess you “could” just use one of the price was right but for any DCS fighter pilot Shenanigans where looking behind you is need then just get two.

Hi there, I was taking a look on Ebay and Amazon…Don’t know what other stores that I can get the headset.

Yeah I’m thinking that only second hand units would be available anyway so have a look on eBay. 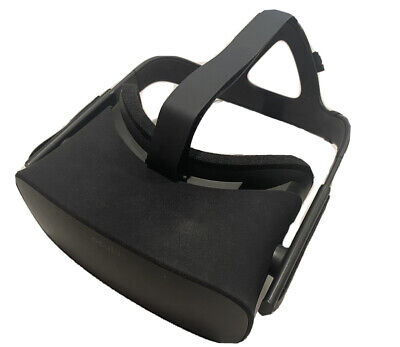 Oculus Rift CV1 Headset Only. When headphones are connected both work well so the ribbon cable is obviously in good working order. Original box not included included. 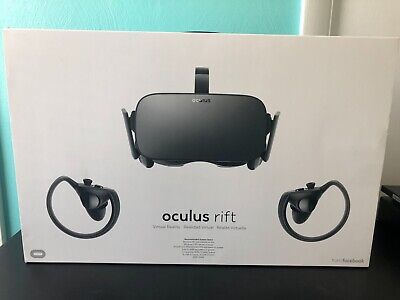 I got a Rift s with controllers and everything , you could have for a good price… works perfect allthough the cinch plug has a loose contact … (Thats why i would give it cheaper).
That has never been a problem as i use the headphones over a speaker controll . I am in Germany near Netherlands…( NL sounds like NetherLands…

You know I’m not the one looking for a headset, right?

Hi there, I haven’t ever used a VR. Can you guys tell me what’s it’s like?

Ouh… now i see it …Sorry

You really have to experience it.

The fact you can see everything in 3D around is… Groundbreaking. No other word for it. In my 25+ years of computer experience I’ve never experienced such an immersive technique. Not only for flight sim, but in general.

well … for me it was MINDBLOWING !! to be playing “online " IL2 Sturmovik” over years and suddenly beein INSIDE the MACHINE !! … I personally got addicted … (3200h in IL2 Sturmovik) spending nights … almost died several times with a almost heartattack… my wife said one day i wake up in the morning and see you sitting dead with your headset on… LOL…
MSFS is an absolut Game Setter for VR and Benchmark for VR simulations with its wonderfull Grafics … I go visit (fly) a friend in Spain , land in his green Prarie near a river… and its (almost) as it is in real … I Fly around the lake where i do my mountainbike trips, and the same road is there , i follow that road 2 days later sitting INSIDE my favourite plane
I know its not for everyone somehow but those who love the "Feeling of Flying " that can give you VR will never be able to go back to 2D… ( its like switching back to Nintendo Gameboy…)
Here a little teaser vid of IL2 - IL2 STURMOVIK VR - "HIMMELFAHRTSKOMMANDO JU 52" fictional Adventure - YouTube

I would suggest you check out your local area to see if there is a game center where they have a VR rig you can play in order to experience it directly.

VR is an order of magnitude improvement to your sense of “being in the scene” in any game or simulation that supports both 2D and 3D. The quality of the scene you are in is very dependent on the equipment you are using to drive the game or simulator. In my opinion, MSFS 2020 is the most demanding simulator / game that is currently marketed to retail customers like ourselves.

That means it requires the most dollar investment in equipment to provide the highest performance / quality scene to be immersed in. I have just upgraded my entire VR rig to chase this quality proposition specifically for MSFS202 (all other games are likely to be terrific as a result).

I started in 2016 with the beta headset from HTC Vive, an i7 CPU w/ a 1080 GPU and 16 GB ram. I upgraded the headset to a HTC Vive Pro in 2018. The computer was flawless but my failing eyesight at (now) 74 was finding the “screen door” effect + low relative resolution of the headset more and more annoying.

Then MSFS2020 came along requiring excellent clarity of vision to read the cockpit gauges and interact with those gauges (which really magnifies the immersion and simulation of actual flight). My Vive Pro only provides a bare minimum in this regard, so I have a new headset about to be delivered on Wednesday - the HP Reverb G2. It’ built-in resolution is at least twice what my Vive Pro provides and its visual clarity seems to be one of its strongest selling points. However, it appears - based upon much discussion on this forum - that it requires a lot of computing power to translate its resolution / clarity potential into actual high quality output to your eyes. That required an upgrade to my computing equipment!

What’s my point? By purchasing an inexpensive headset you will be amazed at the experience. Depending on your current computer rig, your simulation experience will be good to great but the visual clarity will be lacking pushing you to acquire a more expensive headset and the computer to drive it. That’s OK if you love the process and don’t mind spending the $. It’s worth knowing going in…

Test driving VR will help you understand where you would be starting from and the related costs associated with moving up over time.

I used to travel to my nans house over the motorway across the English pennines. My father always used to point out part of the journey as being the site of the moors murders but I never used to think it was, as I was familiar with the case and couldn’t match the terrain to the places I had seen on TV.
So I recently flew to the actual site using maps (well google) and in VR trying to find out if they were right or not, to see if I could find the site and the nearby motorway that I knew so well (it has a distinctive and stubborn country house smack bang in the middle of two motorways making it a perfect naviation tool!).

Sounds ghoulish I know but part of the fun of MSFS without combat (DCS vet) is navigation and finding places!

I was able to find the site and then the exact road I used to travel down countless times on the way to my grandmothers home! My parents were both right and wrong, the moors murder site really was very close by, and I now have a vivid conception of where the crimes occured!

And good lord it’s difficult to describe how good the penines look (but also how eerie and desolate) in VR!
Cities look pretty good too but moorlands and countryside areas can look basically real especially in the morning light (too much light/gamma is not good for VR). Flying over that road that I knew so well was just incredible. I was just amazed that I had actually found it, and was following it home!
Ironically though I was able to pinpoint a burial site, but got lost on the way home trying to find a city!

Be prepared though mate as as brilliant as VR is, we are all beta testers. I have never encounted an app more blidingly frustrating than MSFS is in its present state, and as brilliant as VR is (and looks/feels) you will always be left wanting more which gets expensive (cause you just gotta get a buttkicker and HOTAS to go with)!

I think in a few years time VR technology on both the hardware and software side of things will have improved, and I’m not sure the present GPU/CPU arms race is a fight worth fighting after a certain point.

Since the steam VR/index update it seems to me that a stable/fixed framerate is of far greater value than a higher one and I don’t think a GPU has yet been built that will play a game like this without reprojection. So it can be an enormous cost for very incremental gains at the moment. I want a new GPU myself soon but I don’t honestly know if it will be worth it. I used to overclock to 5 ghz, but then one day realized my OC had been off for about a month and I hadn’t even noticed. I wasn’t getting out of reprojection I guess, so in a blind test there wasn’t really any discernable difference! After that I stopped doing it!

Performance on my index/1080Ti is pretty damned good though once I got it dialed in! I’ve got a fixed FPS of about 24-30 fps, and my render scaling at about 150 so I’ve no real idea how its working so smoothly but it really is fine.

I love DCS and GB combat flight sims but with MSFS in VR there is an added sense of immersion because of how real it all looks! With DCS there’s never really any desire for exploration because the cities are just generic toy towns. With MSFS though you really do want to explore, find and visit different places!

Yes I remember putting on my CV1 in DCS.
I loaded up the F18 Hornet and just sat there for 5 mins smiling to myself and reaching out to try and touch things in the cockpit.
Amazing experience, and I even felt a little bit “sick” after taking off and climbing out looking over my shoulder at the ground disappearing below me and then banking…
Just do it.

Don’t buy a CV1, they work well still I have one, BUT if the cable to the head set breaks by being bent to much etc. they can not be purchased or repaired! thus rendering a the CV1 as useless.

By the time you find something used, you may as well just get the Oculus rift S for 299.00 brand new.
You will know it all works, and has not been on someone else face, with Covid.
In addition the lens could be scratched or some other issue, lots of CV-1s had earphone issues, where one would cut in and out,…

I tried to see if my system meets the system requirements for VR…But I don’t want to double post and get into trouble. BTW thanks for you input guys.

Check your specs first though msfs is demanding however I’ve just put a 1080ti in, replacing 1660ti, it has made quite a difference particularly as I am still on i7 ivybridge and 24gb ddr3 ram, mountain flying and some cities are doable in ga, some compromise on scenery, but prefer countryside and mountains to cities so that works for me.

Sounds daft but still can’t help looking out of cockpit side window and looking down at my wheels!