Where does this leads us? The Route Advisor Concept (more information below)

Well, my current Cessna 172 World Trip is going well, we already reached Nigeria! The uncertainty of the visual quality in more remote areas though makes it rather unwieldy for my IG Virtual Photography Blog. So I thought - how can I make sure I get good shots for Instagram but also tell a story with this journey? Let me introduce to you - the Route Advisor Concept.

To keep it simple: We will pick a route and follow it. What is a route? It can be a highway, a rural street, a river, a mountain range. We pick an end of it and follow it. Taking a King Air 350i for it we’ll increase our range and can experiment with high altitude photography (high altitude relative to my usual C172 altitudes).

Sometimes I’ll split the routes in multiple parts if they exceed my set limit of 2h total flight time. But I’ll mark them if that happens. I’ll use this first post as a makeshift table of contents to add the links to the flights.

The C172 World Trip will continue of course, but in my spare time, whenever the flying fever takes me, I’ll use this thread to post my Route Advisor Flights.

The Route:
Seoul-Yangyang Expressway 60 is a 78.5 km long highway connecting the capital Seoul on the western coast with Yangyang on the eastern coast, traversing the entire width of the Korean Peninsula.

The Flight:
Entering the Highway near Jindongsamgeori (Picture 1). 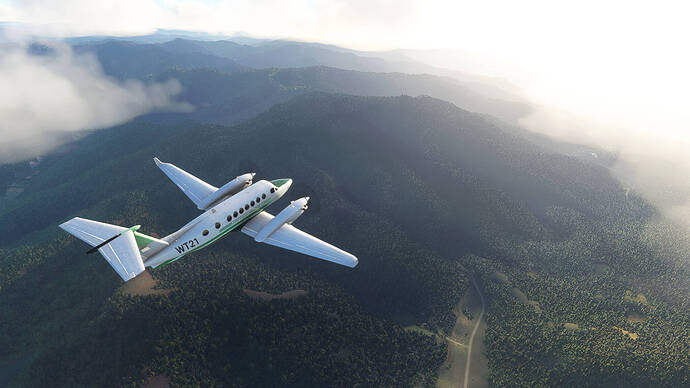 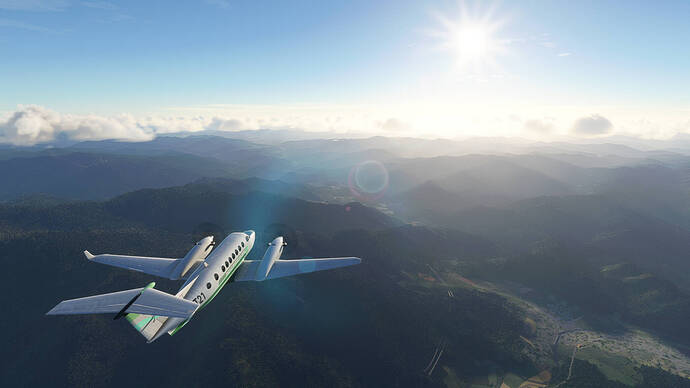 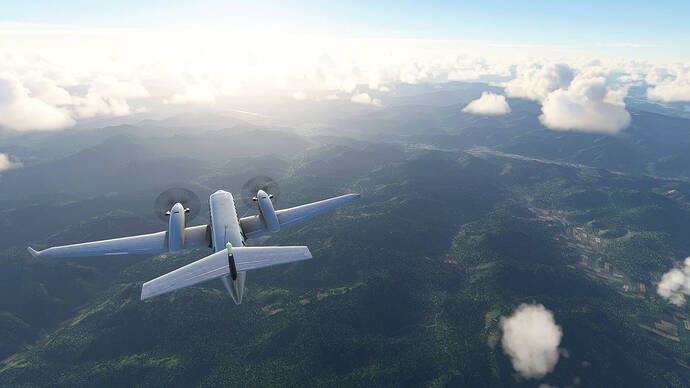 A larger intersection near Hwachon-myeon (Picture 4). 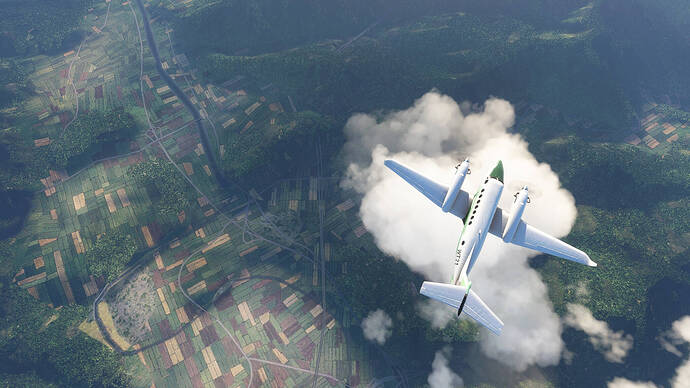 Chuncheon in the far distance (Picture 5). 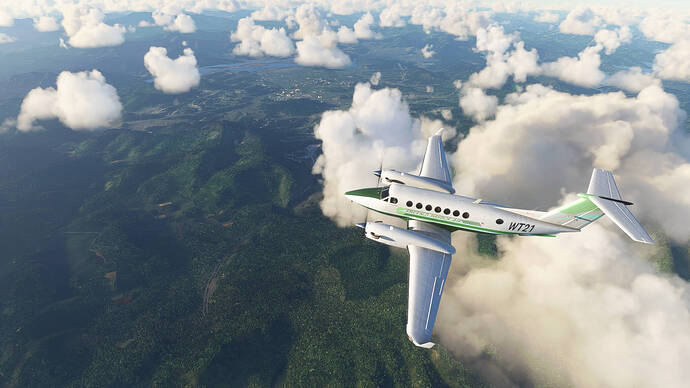 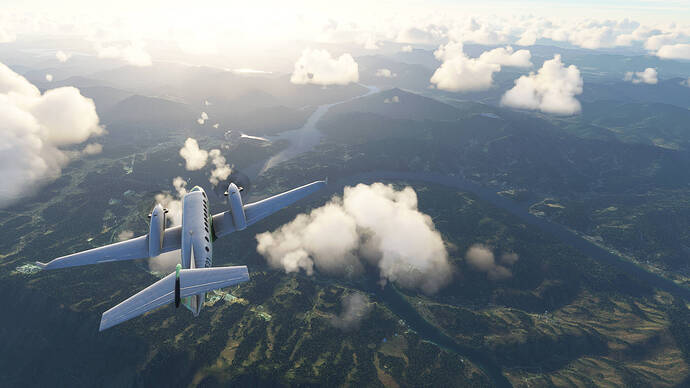 Crossing the river near Hwado-eup (Picture 7). 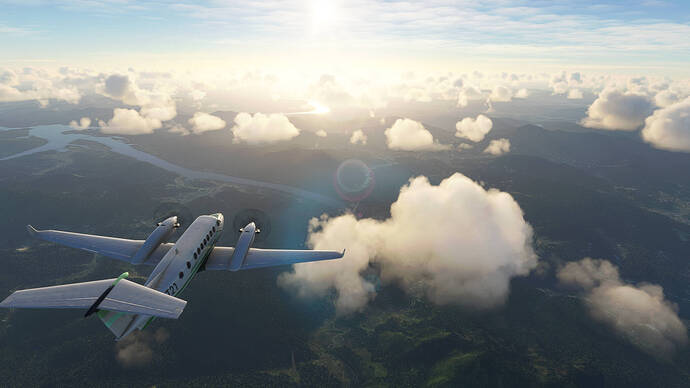 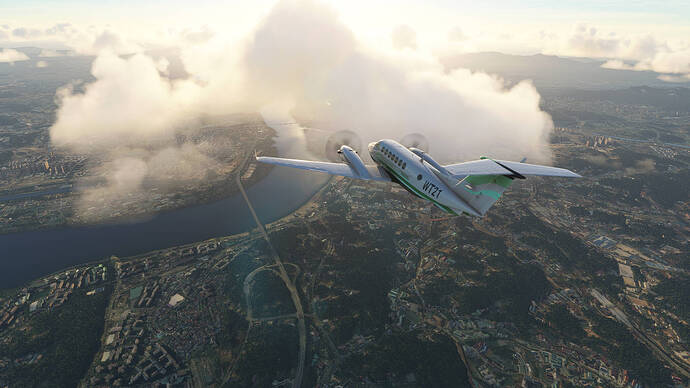 Bonus: Three shots I took on my way from Location 8 to Gimpo International.

Cheonho-dong to the left, Achasan Mountain to our right (Picture 9). 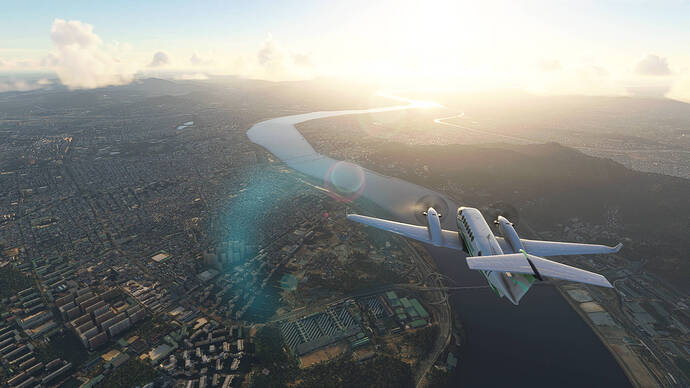 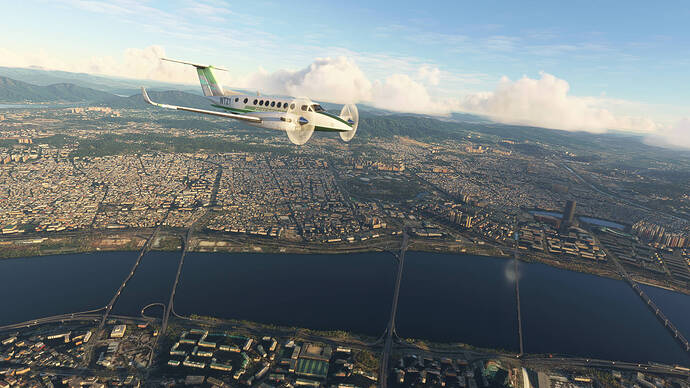 The city center of Seoul behind us (Picture 11). 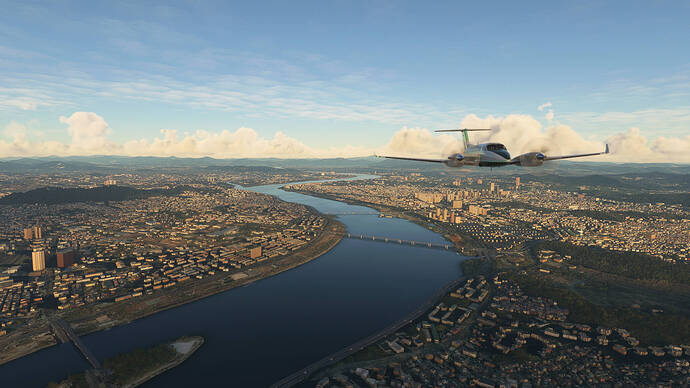 The Route:
The Pan-Philippine Highway, also designated as Asian Highway 26 connects the islands Luzon, Samar, Leyte and Mindanao. It measures 3,380 km and consists of highways, roadss and ferry services.

The Flight:
The northern end of AH26 in Laoag (Picture 1). 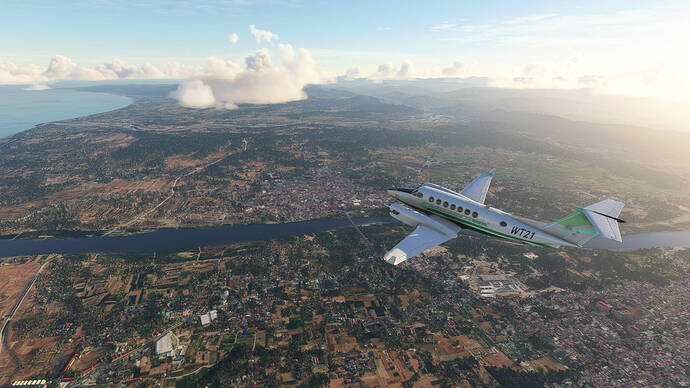 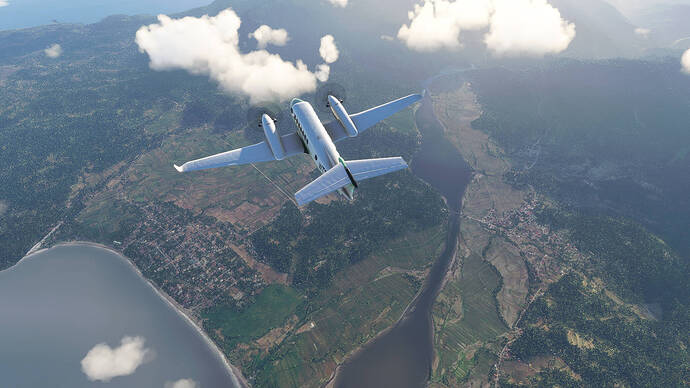 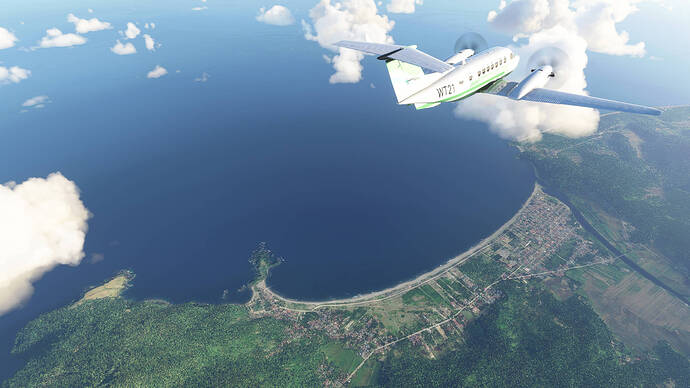 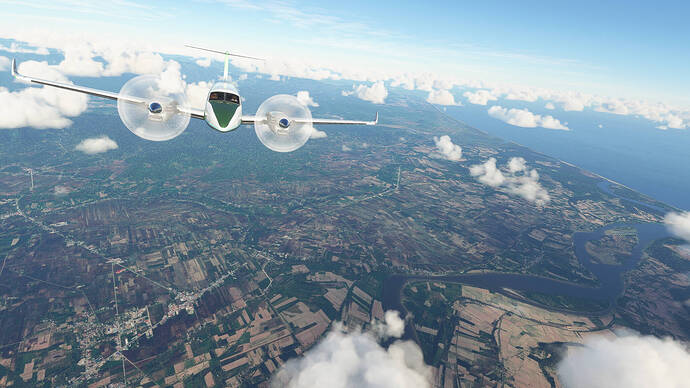 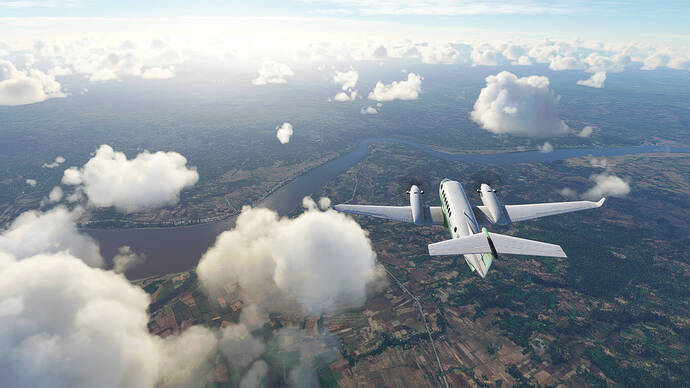 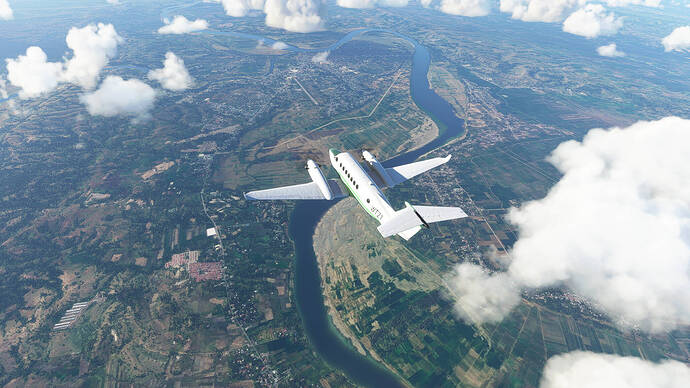 Ilagan at the Ilagan-Cagayan confluence (Picture 7). 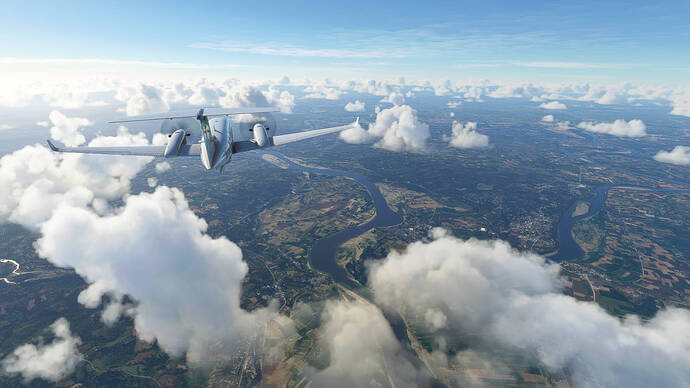 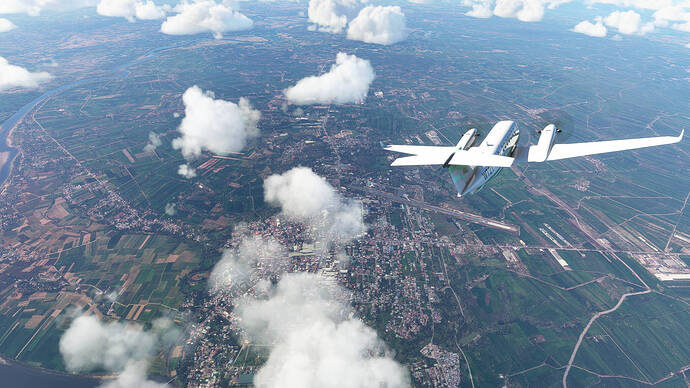 Batal on the northern bank of Diadi River (Picture 9). 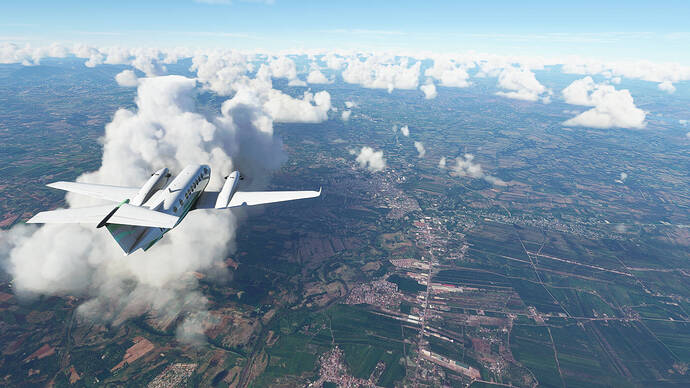 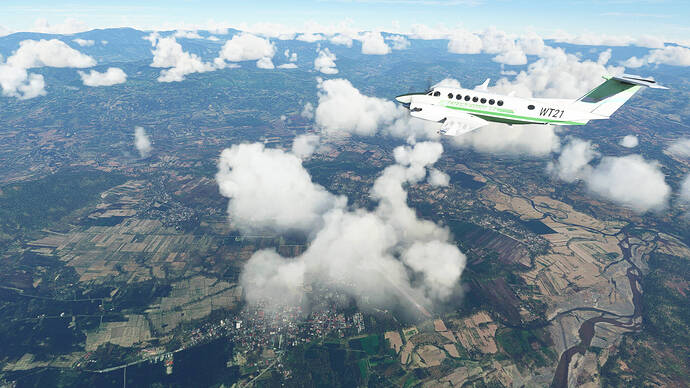 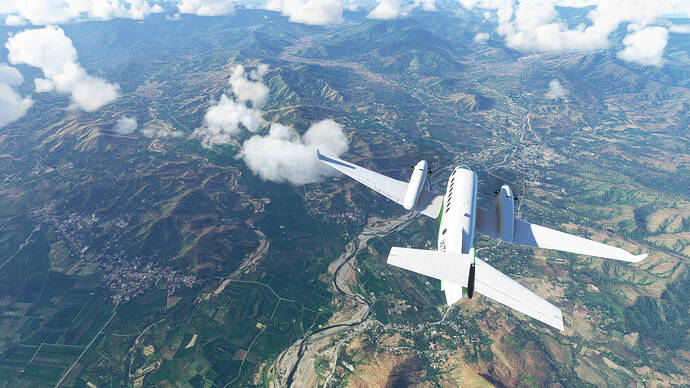 Flying through a valley south of Putlan in Central Luzon Province (Picture 12). 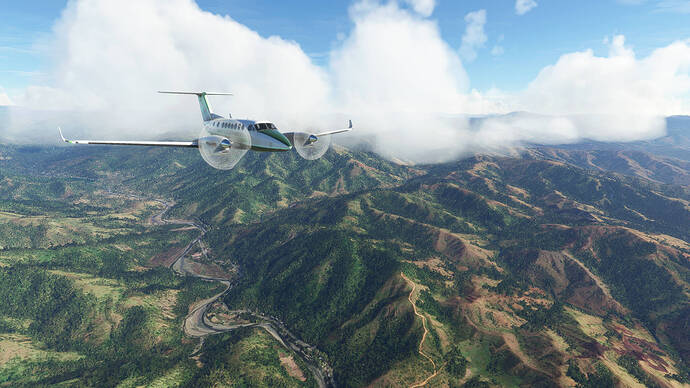 Beginning our last turn before landing over San Jose (Picture 13). 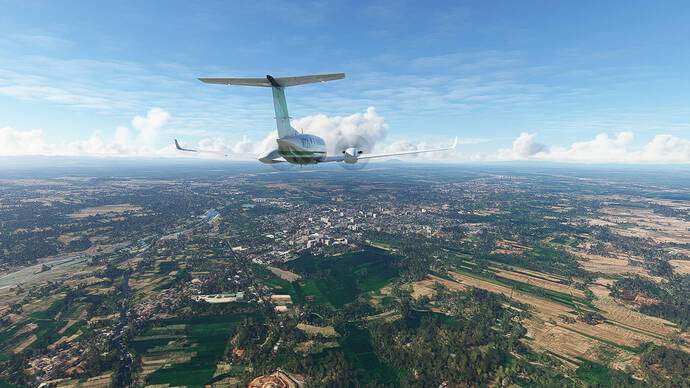