For a warbird the North American B25 Mitchell

For a warbird the Douglas SBD Dauntless / A24 Banshee.

I think we now have a good many WW2 fighters available already. So it would be nice to have a 2- or 3-seater WW2 plane with dive brakes modelled. Something a little different.

I’d also like to see this plane added too.
That last livery is amazing! 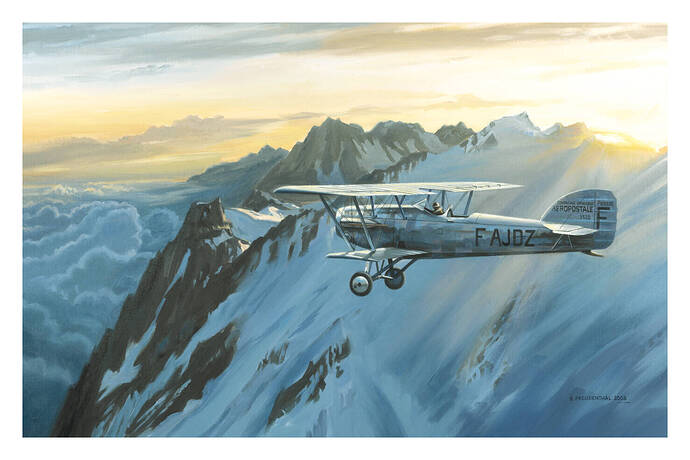 I would also like to see the Vision, I’ve seen a few videos of it recently and it’s very nice indeed. I would however like to see the G3000 updated a bit though, I understand WT will be updating it at some point. I’m not a fan of the default one, it’s not very good, to put it mildly.

I would like a Stampe SV4 to complete vintage biplanes team.
But not available only on Marketplace, so we can tweak it if necessary.

I was weak again and bought the Bu131 to discover it even don’t have an aerobatic carburator ! You can’t make an inverted flight, and even on top of a loop it’s near to cut off. A shame for a plane used for aerobatics. The real Hirth engine have one and I’m struggling to create a realistic engine.cfg file.

I would love to see if Bombardier’s business jets like the Challenger 300, 650 etc. were available

I’d love to see a really nice DC-3 with a GT750 - almost all of my sim flying is with FSEconomy flying jobs for “money”, so I’m all about modern avionics in a lovely old plane with a lot of cargo/passenger capacity. I’m waiting to see what the verdict is on the AH DC-3, but I’m not getting my hopes up after having shelled out the bucks for their Lockheed Electra 10…

There is one, but the exterior model and texturing have some issues.

Me too but it would also need to be available on Xbox for me to enjoy. I don’t think the AH version will be coming to Xbox any time soon.

Get the P-38 for that same generation of high fidelity twin engine flying.

Not the same. I know…

Still have the Cirrus VisionJet at the top of the list

It’s not on Xbox but please keep me updated

Guy has done a lot of work on improving it but for some reason hasn’t done anything about the external model… it’s just straight up the wrong shape in several places. And I’m puzzled how it ended up that way because I thought most add-on aircraft development started with detailed orthographic plans.

I grabbed that as soon as it was available on Xbox. It’s a wonderful addition to the hanger.