Why Is GPU So High During Update

Can anyone explain why GPU is running at 100% whilst the updates are being installed and during the various splash screens when starting the app.

Radeon Pro WX4100 - not brilliant I know but does a good enough job when playing the sim. 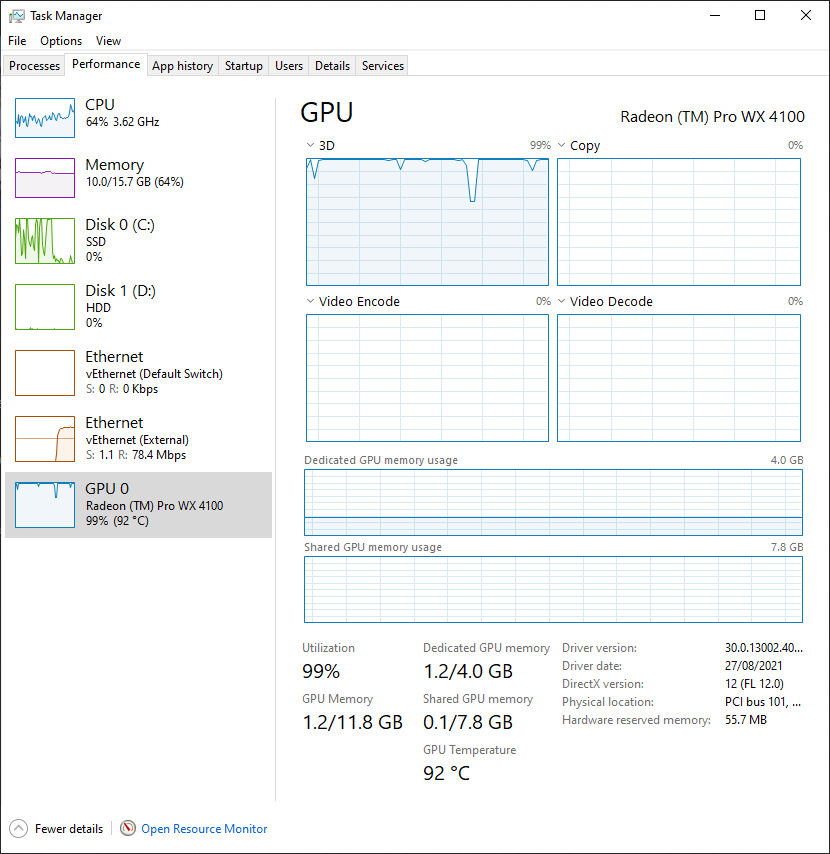 Its always been like this and in the menu too. I tought that they limited the fps but maybe they limited it only in the menu.
If it takes to long and it gets too hot for your taste you could always limit it with your gpu control panel to 30fps for example.

because there is no framerate cap, so it goes bananas.

I always set it to 20fps in nvidia control panel before updating, you could use rivatuner too or anythign else that allows you to cap frame rate.

The installer is very poor imo, it is a shame they haven’t improved it.

Its been like this since the beginning. Use your driver utility to bring it down to a reasonable level.

You can reduce the load by resizing the window to its smallest size.

Yes I hate that as well. I’m heating up my room now (it’s cold outside, so not that bad now) just updating a game.
I suggest they limit the frame rate. I limited the frame rate of games in background to 20fps, it’s an option in Nvidia settings, but you still need to somehow hide the program.

How is your GPU utilisation normally? I’m running the in game update at the moment and GPU is 30%, CPU 20%. Could just be it’s a 5 year old GPU it’s pretty easy to cap out.

So what is the GPU actually doing during this update. It is definitely NOT doing much in the way of graphics during the update of SU7. So what are they using the GPU for ?
…
Update: I mean, what the heck is the GPU doing when I am sitting idle at a menu trying to decide where in the world I want to fly from. Mine is sitting there idle at 95-96% usage ???

just use some fps limiter app (msi afterburner riva tunner for instance), and limit fps to 60/120 whatever your monitor refresh rate is. Problem solved.

Thank you to all who took the time to reply.

I think that rivatuner is for nvidia cards.

I have increased the target fan speed using the Radeon software to its max and that has reduced the temperature by 20c or so.

But in the past, with first versions of MSFS, gpu run at 100% and fan too during updates.

I’d reduce the fps rather than increase the fan speed. No need to frap your card unnecessarily. I can’t believe they still haven’t fixed this.

During the update, my GPU core load is 98%, total GPU power 100%, temps on my RTX2080Ti are 76C. MSFS has always jammed my GPU to the limits while doing nothing except display splash screens, menus or a download progress bar. This is just nuts. 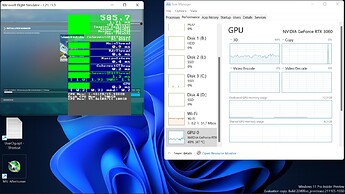 When you’re at the Home Screen, there’s “live” hangar activity in the background image. That image/activity continues even when looking at the content manager— you can see they have just cranked up the opacity to obscure it, but it is there.

I think that is what is making our GPUs work hard.

I see a big drop on GPU% when I just click on World Map — 65% down to 35%. Even my fans chill out and quiet down massively when looking at the Map.

If on Radeon then you can adjust it using AMD FRTC or Radeon Chill in the AMD software.

It’s a band aid for a stupid problem, but if you limit frame rate before a big update you’ll avoid unnecessarily burning power to run the launcher at 700fps