How to turn it off… 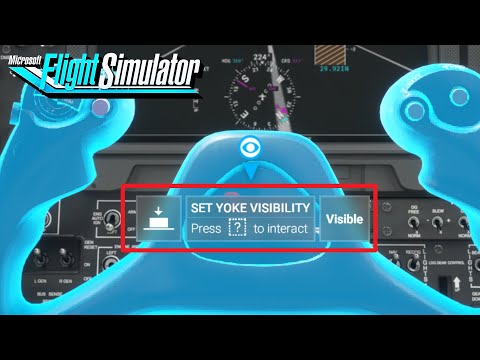 It’s not just us users.

Jorg is German, but that does not mean he lives in Germany.
I am pretty sure he is in MS HQ, and this is Seattle.
So he is right now having his breakfast and getting ready for work.

And even then, dont expect there is immediately any reaction.

They will first have a meeting, look into the issues and reports that came in since hotfix.
They will discuss and probablydo some more research, discuss with a few more people before having a plan.
ANd before communication to us, they will make sure their plan is working, as else will only become even worse.
At least, when we expect them to be professional.

We want a solution, or we just want something rushed out (again) ?

I am pretty sure he is in MS HQ, and this is Seattle.

I believe he said “here in germany” while in a Q&A once.

not sure how well your german is, but this article makes quite clear he is not in germany.

maybe he was visiting home when there was a Q&A, but his office in in Seattle and the team is all over the world…

Asobo is a French company and in August the entire country pretty much shuts down. They probably are all down in the French Riviera or southern Spain on vacation and MS has no clue what to do or say since the broken parts are probably Asobo’s responsibility to fix.

Ok, thats fine, yeah he was in germany then during that streaming. My german is very good. Asobo is in bordeaux, other first party devs are everywhere afaik?

So just to check - do you see degredation in the images I included in those posts or not? Do you have an area with degredation you’ve seen that I can see if I see it there too? I’m genuinely interested because I don’t see this (as these shots show), but I;m not sure if you’ve looked at what I’ve linked

A depressing statement if I ever saw one.

The well-established likes of Aerosoft, PMDG, must feel like they’re working with apprentices.

Sorry to disgaree, but I’m pretty happy and fly with ULTRA everything on 1440p

I found a thread yesterday that reported that the graphical settings are getting reset for some users, but I don’t remember whether this affected the first flight or the second. I believe the scenario was you set your graphics options to Ultra, start your flight, noticed something is wrong so you hit Esc to check the graphical options to find they have been reset to Medium.

Maybe this is only affecting some users? Maybe those who have write protected their config file, so that changes only stay active for the open session, and a relaunch of the sim reloads what is in the text file. All guesswork here, of course. I believe it was an official bug report.

I’m sure the PR and legal teams, in conjunction with the MSFS team, are busy crafting a neutral we’re making everything better post that will be passed down to the CMs in the next couple of days.

That happened to me…everything went back to medium.

Ah interesting - but I wasn’t talking about AA or culling or anything else as I was responding to the point being made about blurry textures at high altitude, as asked in this post:

If you’re not getting blurry textures at high altitude then please indulge us with some screenshots.

I have picked three locations across the glode, pretty much at random, and have not seen the blurry textures. I’m genuinely trying to find them, but no-one seems able to give me a location to try.

In my earlier post, I did say that I see these other things and I’m sure they can be improved. That happens to not make me unhappy particularly though.

The one that I don’t see, and yet is quoted a lot, is the blurry textures. I’d be much appreciated if you could point me to a location where these textures are so I can see for myself

Not the person you’re replying to, but it seems you’re intentionally ignoring my previous post to you. I don’t know how many times this needs to be spelled out to people who keep posting screenshots but It’s impossible to show the horrific downgrade in anti-aliasing from screenshots as anti-aliasing can only been seen in real-time. It’s also impossible to show culling/pop-in/fps drops when looking left to right from a screenshot, for the same reason

Yes, I saw that post, and plan to test this myself tonight and post a before/after video if I can

Cancel or put on halt for the time being? Not the same.

Do you mmean at altitude? I;m trying to find a location with blury textures, but haven’t yet, do you have a location I can try?

What announcement would appease people though?

If they just say ‘Hi everybody, we hear you regarding the issues you are having and want to assure you that we are investigating and working on it’, would that be enough?

Or would be people complain that they wanted more details?

Because we already KNOW they are working on it, they created a Hotfix just 48 hours after launch and we obviously know they aren’t just kicking back and chilling thinking their work is now done. Just let them got with the job in hand, aside from a generic, ‘we are working on it’ ,what more can they say right now?