“All this is planned for just the first aircraft and avionics update, due for release in January. Two more AAU’s are scheduled for later in the year, and although no details have been released as to what these may contain, Jorg pointed out on stream that he wanted other premium aircraft to feel more like premium products. Switching into speculation mode, livestream viewers and community leaders have taken this to be a hint at a reworking of the 787-10 Dreamliner, included in the Premium Deluxe upgrade, later in the year.”

Since i only fly the 787-10 this would be heaven, anyone else feel the same?

Lets hope it gets confirmed, we need some Boeing love and the 787-10, i bought the most expensive version of MSFS to get the 787-10. Asobo please show us some love…

I agree with you. I have built a home cockpit with an overhead panel and would like to connect more functions to it. I have almost 600 hours on the dreamliner.

It’s not just the vague news about future Asobo updates, I heard that Heavy Division is working on a 787-9 in addition to more 787 enhancement. I can’t wait, the 787 is my favorite airliner in the game, but after several flights with the HD mod I started to feel like there’s no that much to do in it and I’m taking a break in some GA planes now. I haven’t had time to learn the FBW or the A310 yet, they’re on my to-do list, but if a new HD mod came out I would be all over that since the learning curve would be much smaller.

Yes, i feel the same, but i think many users of the 787-10 need express there wishes for Asobo, it needs to be addressed.

The 787-10 is no longer a premium feeling plane, it should get some love and get updates for new feature enhance it like the a310. its the perfect candidate for get an AAU update.

Feel free to express yourself!

Airbus fan here, but the 787 is a very cool plane to fly! Beautiful cockpit, would love to see enhancements.

Agree with you! Hope to see Asobo one-up the 787-10. Study level/ detailed checklist, more enhancements, get the ‘INOPs’ functioning etc. I bought the Premium Deluxe just for the Dreamliner.

i bought the most expensive version of MSFS to get the 787-10.

I did the same.

I would very much like to see this aircraft get some attention and improvements. It has so much potential.

The HD 787-10 EXP wasn’t too bad, last time i’ve flown it. It currently gets many updates, so maybe a good moment for me to check this plane again. Not comparable with Fenix, A310, FBW and PMDG yet, but still fun to fly, just like the Salty 747 DEV.

I fly the 787-10 daily both in sim and irl, i use the HD mod also but we shouldnt since this is a premium plane, lets see what aboso can suprise us this year.

I hope that too, but somehow i don’t think it’s going to happen any time soon. The INI A310 was a huge surprise. And there is a lot of premium content that needs to be updated (or modded) to be premium. Not only aircraft, but also airports. The study level 787 and A350 are probably going to be 3rd party payware. In the meantime there is a lot to enjoy with airliners (Fenix, PMDG 737, INI A310) and to look forward to (FBW A380, PMDG 777).

I have patience while the stock airliners get redone by Working Title.

Looking forward to having better systems for the Dreamliner. Best looking cockpit in the sim imo.

As much as I respect a lot of the work WT have done for the sim, you have the Heavy Division team making a 787 Dreamliner completely rewriting it thanks to Asobo unlocking the premium aircraft. It is going to be a real treat to see what they can do like what FlybyWire have done with the A320. It is defiantly going to surpass and make it the most realistic Dreamliner system wise and hopefully flight model wise. Quality wings who know tbh what they are up to but at least the Heavy Division will be a freeware.

If you want the simplicity of just being able to get the updates for aircraft directly from Asobo rather than going online and having to check for updates on aircraft, then maybe the WT 787 would be better for you, that is if they are going to do a AAU for the 787.

Asobo has unlocked only the performance cfg and not the model, HD will be creating a 787-9 from 0! So it wont be done for a while.

So with current unencrypted files they cannot make for example the EFB work, so this topic is for Asobo to further develop the 787-10, many of us have the bought the premium deluxe version only for the 787-10

HD has done great work with what they have to work with, love them.

Wasn’t trying to go off topic much, just stating that HD is making a freeware for the 787 that can most likely do better if WT delivers an AAU to the 787 again not being confirmed fully yet by them or Asobo. Like I said WT has done a tremendous job with everything in the sim,but mentioning before just like Asobo has the core sim to focus on which is a lot of various aspects, WT is in the same boat where they have much other things they need to focus. This being the case an AAU update to the 787 will tremendously improve it, it most likely won’t contain most functionality what a sole developer can do who focus on select aircraft.

I was just giving you a heads up and alternative in the event that they do not announce a update for the 787 any time soon that is all.

I didn’t see anyone going off-topic. Just speculation, which this topic is all about when i read the header.

To keep the 787 spirit alive take alook at this beautiful bird. 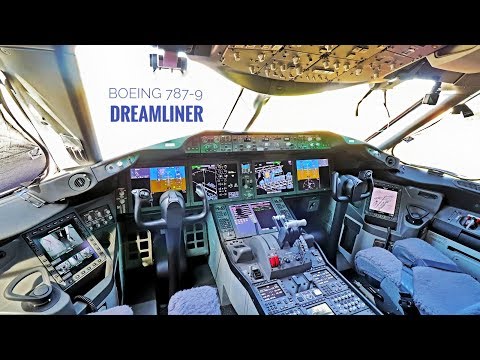