Gliding Thread: Winch Launch, Towplanes and Gliding.
Questions and Concens that glider developers need to get answered or addressed for SDK Development.

Our team (Got Friends) have brought gliding to the Marketplace with the Discus-2c. Being one of the few glider developers, we have many questions regarding future gliding development. Particularly on this thread, I would like to ensure other developers and Asobo can see growing concerns and has the ability to answer any questions.

As of now we rely on similar applications like Kinetic Assistant by Touching Cloud. In recent MSFS developer updates, we have heard that gliding will come with official weather improvements, additional flight dynamics, towplane operations and winch launch support.

OPENING THIS DISCUSSION:
At Got Friends, we aim to bring more quality gliders to Microsoft Flight Simulator in the future. Although our questions focus on winch launching, the gliding community in general really needs better systems in place if MSFS wants to become a major gliding simulator and compete with other simulators like Condor 2. Our team has more questions regarding towplanes, adverse yaw, weather systems, thermal waves, radio communications, LX-Navigation systems, taxi/apron operations and additional simulation variables for gliding.

However, at this time, I would like to conclude with Winch Launch Features and open up further discussion to other 3rd party developers and official conversation. Feel free to ask about any development feature in regards to gliding. As we draw closer to the 40th Update, our team will ensure all our questions are at least placed on the table for discussion. 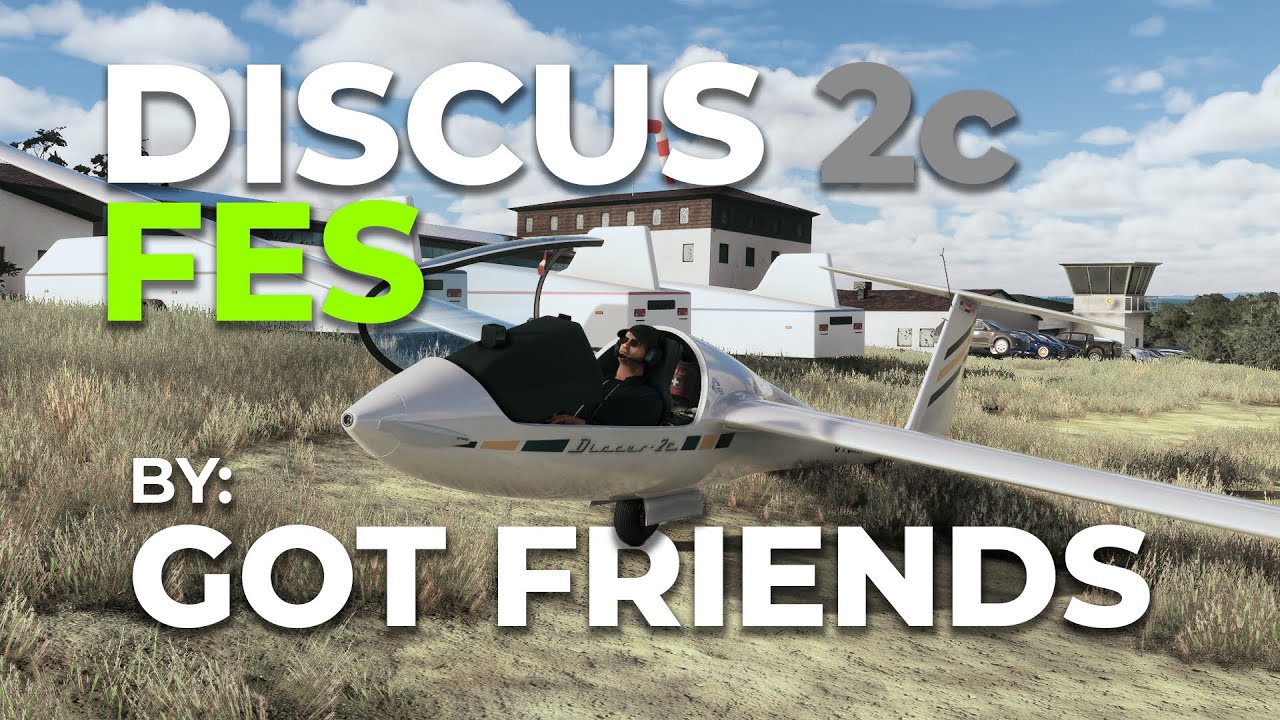 Would love to hear more from Asobo on gliders and how this will be supporter in addition to tows (multiplayer tows or AI tows only?)

Multiplayer towing would be very cool!

Go Jonx. All questions supported, we need some answers and retention of the innovative work arounds used to achieve winching and aerotowing our developers have achieved, in most cases for free or at most, very cheaply for the end user. We also need answers regarding navigation and air data computers such as speed to fly, final glide, navigation, netto, total energy compensation, ballast and how these will be supported in the upgrade. BTW getting excited about the upgrade. Official gliding support, it can only make things better once we all get our heads around it!

Great questions! Few more questions from my side:

-Are there plans to simulate the differences between nose and CG winch launch? Many classic gliders had only nose hook, and the launch technique is different from the nowadays common CG hook launch. From SDK point of view, am I going to be able to define the different hooks in my plane model? Does the hook’s position on the model affect the winch launch behavior?

-Any plans to add bungee launch simulation? Again, early gliders used this method, but even these days you can see it occasionally.

-Are the winch launch parameters user configurable? Cable length, speed etc. POHs usually define the max. aero tow and winch speeds. Are we going to be able to define these speeds and the tow/winch model takes care of the rest - basically keeping the tow plane/winch within the defined speed limitations?

Edited - made the questions a bit more SDK specific.

Although this post is really about gliding, It should be pointed out that the topic of Ridge lift also affects a lot of other G.A traffic who are required to maintain level flight in order to comply with Quadrantal rules.

There is an error in the performance of air deflected up hill and mountain ridges and should not be forgotten in our quest for thermal up and downdrafts. . The ridge lift extends to a much greater altitude than reality (e.g. the ~2200 foot Appalachian ridges wind 20 knots would not have workable ridge lift above 3500 feet. If a GA pilot continues to encounter lift above this height it is going to affect their fuel consumption how he has to trim the aircraft to avoid an increase in altitude, whilst for a glider pilot in the above scenario, at 3500 feet you’re now in zero lift drifting rapidly downwind with a howling 25 knot crosswind, so it’s near impossible to make any upwind jump you were trying to set up with the increased altitude - the MSFS error makes it relatively benign compared to that.

As a general “rule of thumb” (based on the experience of many Real World Pilots) a realistic “Top Out” height for ridge lift would be 300 - 350 Ft above the ridge top per 5Kts of wind speed.

It would be helpful if this was implemented within the flight simulator, as it is quite sensitive to any timing errors between altitude and airspeed changes and the (sensible) new asynchronous threading in MSFS makes that tricky in any mod.

This is a simvar VARIOMETER RATE carried over from FSX, but in that sim the devs gave up on the expected “Total Energy” calculation and substituted plain vertical climb instead.

The formula for the VSI compensation for a change in airspeed from V1 V2 over time t, with gravitation constant g (9.81 m/s) is:

assuming m/s units, this compensation can be simply subtracted from the (m/s) VSI reading. The math is explained https://xp-soaring.github.io/instruments/index.html

The variometer is the MOST important instrument in a glider, so it’s quite a pain (and error prone) to re-implement the vario compensation in every aircraft.

GUSTS in the wind settings. Please moderate the ACCELERATION.

Please be aware that power pilots may be quite familiar with the MAGNITUDE of the gusts, but they are far less likely to have any quantitative knowledge of the ACCELERATION of the air into and out of the gusts.

Glider pilots witness the gust acceleration as a jump of the needle in the (total energy compensated) variometer. Vario’s have an amount of ‘damping’ (of the order of 1 second time constant) so the needle doesn’t bounce with every wind change.

In a nutshell, ALL sim implementations assume ridiculously high values for the ACCELERATION of the air in a typical gust, presumably based on power pilots’ experience of being violently jostled as gusts occur. This is a misunderstanding: the movement of the air is absolutely relentless (e.g. with the air in a thermal weighing 100,000 tonnes) and will push an aeroplane anywhere it wants, but if the simulator programs the airspeed to change within milliseconds this represents an unrealistic colossal injection of energy into the airmass which will peg the vario.

Please note this is not the MAGNITUDE of the gust, which is what most people have some understanding of, it’s the speed with which the airspeed changes (i.e. the ACCELERATION of the gust).

For power planes it doesn’t matter if a gust builds over 2 seconds or 1 millisecond, but for gliders the TE vario can’t cope with the x2000 delta.

Of course in extreme weather, the gust magnitude/acceleration numbers could be pretty much anything, so bring it on, but please not for normal soaring.

Here’s a “nice to have”: It would be great if Asobo provided a modelled gliding airport in the stock sim, including animated air traffic of gliders winch launching and/or aerotowing and flying circuits and landing. That would provide an interesting destination for soaring flights as you’d see the glider traffic from quite a way away.

This sounds a great idea, possibly better left to a third party as Asobo seem to be busy fixing the universe.