Are you running live weather? If so you may just have to adjust for wind change.

Do you use Rex Weather Force?

Run a weather preset and you shouldn’t run into this happening at all.

Hi,
I’m using the default weather of FS2020, si yes Live Weather.
No addons for that.

It happend to me over Canada, without overspeed.

Yesterday and today I performed two flights from ESSL to EHAM. I had live weather and traffic turned on and cruising altitude was FL380. During both flights I encountered multiple sudden changes in the atmospheric conditions, all happening above approximately FL350.

I have encountered this behavior before but not with this regularity. It really ruins the experience!

Flying the UK yesterday and today with live weather gave me also these fluctuating winds in the fwb32x. Something is off.

Was having this both in US and EU on big (B-787) and small (Cessna CJ-4) aircraft. Sudden changes of speed, altitude resulted in overstressing the aircraft and crash. This issue is more serious than just a wind change, it really spoils the experience in any cruise flight.

I’m also encountering this problem. Additionally, my plane (FBW320) refuses to climb during some of these sudden changes at higher altitudes.

One moment, everything appears to be fine. Then suddenly the winds will change and the plane refuses to climb at anything higher than around FL210. Call me crazy, but it’s almost as if the atmosphere thins-out suddenly and the plane loses lift. It’s very hard to explain.

I use the East US servers, if that matters.

Same here, noticing shifting winds and temp. Over Southern USA, at FL320, temp was at -18°C, then then it suddenly was up at 55°C, when a change of 20kt tailwind to near 30kt head wind. Lost quite the amount of speed.

I also noticed a issue as low as 10000ft during the climb out, as suddenly I was 50kt slower on the climb out, but I didn’t think anything of it until it kept happening every 5-10 minutes.

Same here in A320 yesterday and CRJ700 today. Both in Europe. Sudden drop of speed and altitude. After recovering another change happend and all of a sudden I’m in overspeed.

Just tried landing at KHYA with live weather and time, the metar shows zero wind, but on approach the wind spiked to 190+ knots. It literally moved the aircraft backwards. Not to mention the water off the coast looked like tidal waves. This was the craziest thing that I’ve experienced in the sim to date. I’m hoping they don’t completely break it on Tuesday. Here are a few screenshots… 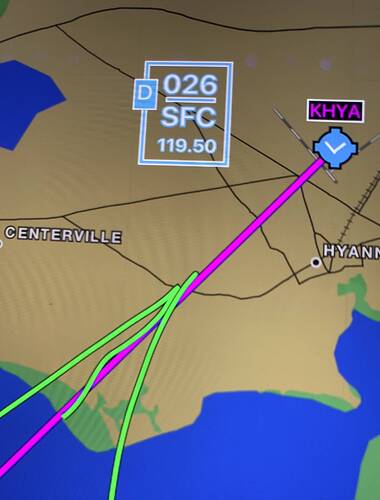 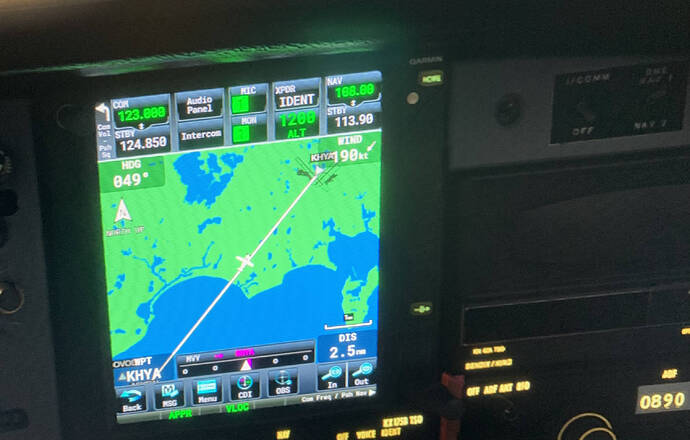 And yes, I eventually got the overstressed crash screen.

happend again today with live weather between barcalona and sardinia. wind jumped from 80/7 to 221/48 on FL370.

I had to descent to FL320 to gain speed again as I was almost stalling and couldn’t manage to speed up again.

I really didn’t have this problem before SU 5 but now it’s happened on a bunch of flights in the continental US – live weather enabled, seems to be working ok then wind drops to 0 for a minute or two, then goes back to the correct weather.

I’m having the same thing happening, even before yesterdays update. Everything’s fine when taking off, but during climb, cruise and decent every 5 minutes-ish I’ll experience a violent shake of the aircraft with a sudden drop in airspeed. Then 5-ish minutes later it happens again with the violent shake but with a surge in airspeed, sometimes over speeding. Turning real weather off will probably fix it, but where’s the fun in that

It was happening to me before the update, and its the same after too, only the mapping and basically everything else is worse. Plane gets a sudden burst of head wind while climbing, FBW A320, and the speed of the aircraft slows by 80-100kts. If I do get back to climb speed, if, the plane will not climb manually or automatically. ASOBOPOS
Using real weather settings.

I signed up for the forum just to talk about this. Completely game-breaking. A massive change in airspeed and most of the time the plane just completely loses lift and isn’t able to gain altitude or speed.

I’m also noticing huge changes in fuel flow on the CJ4 when this is happening - something wacky with the air density model? (The climb where it was happening, I noticed fuel flow wasn’t going down as I climbed, making me wonder if air density isn’t reducing properly, then switches suddenly causing a huge drop in IAS (but an increase in TAS), then switches back.)

I was flying the A320 and every so often the entire plane would jerk itself, presumably due to drastic weather changes. After a certain point it wouldn’t climb or maintain airspeed with AP no matter what I did to try and correct it (toggle AP, manually set knots/vert speed, etc.)