The Wing Commander Achievement is for the accumulation of 500 hours of time in a single pilot profile. 5 hours is equal to 1% progress.

Anyone else experiencing this? It was working fine until SU6. 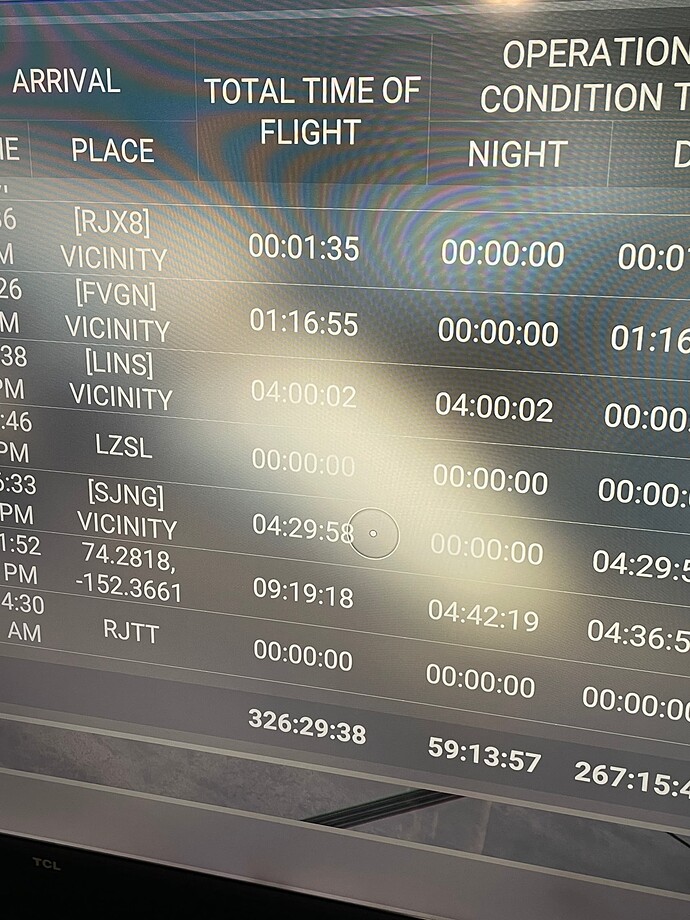 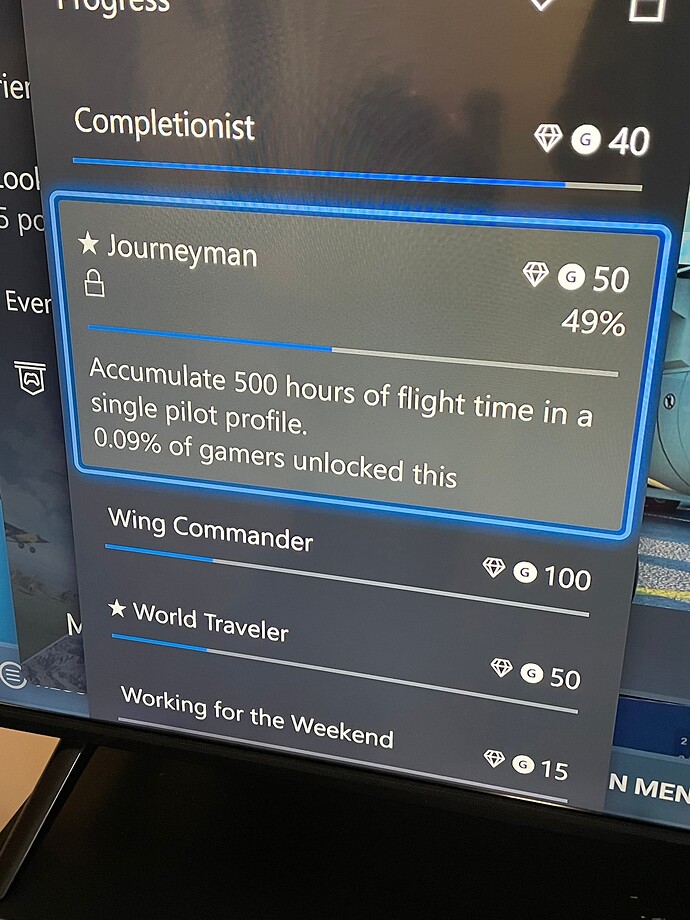 *I started an excel spreadsheet when I was doing Jack of All Planes. I kept it going. Checking and noting flight hours and “new airports landed at” as I was going.
Throughout I’ve been cross checking this spreadsheet, the logbook and the profile…there are… discrepancies.

(in other words, it’s all pretty janky the way the profile actually counts things)

also keep in mind; if you’re using dev mode your progress doesn’t count towards any achievements.

Thanks for the correction! I got them flipped around. It seems my Wing Commander achievement stopped progressing as well.

I didn’t realize there’s a difference between the logbook vs. pilot profile. My pilot profile is still well over 300 hours and should be past 49%. I used to be able to see the slider move incrementally after a couple hours. Suddenly it just stopped. So odd. I’ll just continue to fly and hope it pops later. Not sure there are any other options.

A spreadsheet or notepad is def a good idea. I had a similar list for Jack of All Planes. No issues getting that achievement. The sim seems to detect landings well within the parameters.

The sim seems to detect landings well within the parameters

Once you start manually noting landings and checking them against both profile and logbook you will be surprised.

I have found myself having to land at a new airport multiple times for the profile to register.

Is it including those flights noted as [vicinity]?

Obviously you get these after a crash but it’s also possible to properly land but then taxi outside of the airport bounds to park and end the flight there (even if it looks like you are still within the airport).