Emilie was very good with the Garmin system, the G1000.

Between you and me I think a better metric is the emotional age of this group. Females are caught in a chicken and egg problem. More will show up with more are here. As long as us males act like potty humor is a god given right we’ll not make this game a welcome space for all humans.
I have a granddaughter that loves Game of Warcraft. She will not reveal she is a female because of the abuse she sees other females get. BTW she thinks MSFS is boring to distraction.

Honestly I think that’s almost certainly true on other forums but not this one. This forum is a tightly run ship where intolerance is stamped on pretty quickly and that would include sexism and inappropriate humour. This is an all age group platform after all.

Not exactly my cup of tea

I think there are a more women than we may think. Probably not a huge number, but more than will admit it.

Coming from playing MMOs for years, I know there were a lot of female players, but they chose to keep their gender private, wouldn’t get on voice comms, or would only with mic muted as to not out themselves. They did this because this is the Internet, and it’s full of chronically single, socially inept geeks and nerds who lose their collective minds when there’s a whiff of estrogen in the air. They didn’t want the kind of attention they would attract. They just wanted to play the game. And honestly, I don’t blame them.

Yes I do and i am a PPL student.

Emilie did her videos when she was furloughed from her airline during the pandemic. Her last videos were about getting back to work.

If you know the lifestyle of a regional airline pilot, she’s probably so busy that she doesn’t really want to spend what spare time she has flying pretend airplanes.

Q8 Pilot, Frooglesim and Fran Blanche (the physicist) et al quit because of it, plus the abuse they all get from trolls.

Nice to see Q8 back though.

Fran retired? I love her channel! I can’t imagine anyone trolling her.

I don’t know why so few women,
but one thing I know: Wives are the biggest flight simulator enemies.

Emilie hasn’t posted for anything new for the last 8 months.

She has returned to real world flying and, given her high online profile, I strongly suspect her employer might have clipped her online wings. Airlines frown upon people posting real life footage and they may well have extended that to online. Either that or regaining her Dash 8 Captain status (when she went back, it was as a First officer) is taking a lot of time. Be interesting to know if she still posts stuff for her Patreons.

On a semi-related note this is one of my favourite real life YouTube videos from some years back, partly becasue I just love that Stinson and the sound of the engine: 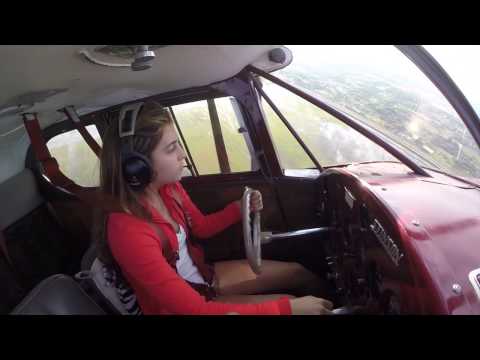 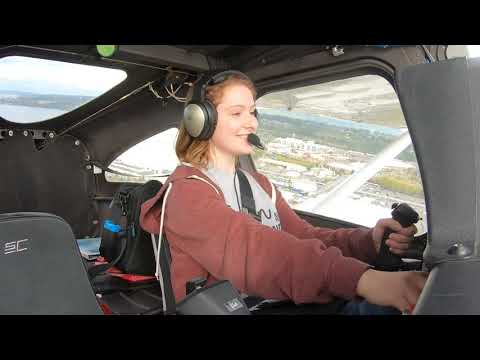 I assume every female private pilot or CPL uses this sim too, but is maybe not using this forum (or real-life aviation forums).

Fran came back eventually but was exhausted. She’s a lovely and humourous person.

This thread has seriously departed controlled flight and is now off-course. A clean-up has occurred. Let’s stay on the topic please.

Well whatever the reason its a shame, Emilie was very good with tutorials on the G1000 and ILS flight planning in the sim.

I disagree 1000% - ya I know you can’t get any higher then 100% but I’ll like to state this is a problem.
I don’t know your motivation so I’ll assume good intent. My wife and my daughter are married to hard core flight simulators. My son in law like the high and fast planes I enjoy the low and slow. he tries at times to knock me out of the sky but can’t get his planes slow enough - but I degrees. My wife like/loves to knit. She looks at the flight sim, is impressed but has no desire to set in front of a monitor and act like she flying. My daughter says the sim would be more interesting to her if she could fly some place leave the airport to explore the area around the destination. i.e. more realism.
Both of those females I can assure you are 100% behind their men in the enjoyment of our hobby as we are of their hobbies.

Here’s an interesting thing wrt female simmers. First off, I worked in simulation with women. Not many but they were most certainly capable. On the other side of the coin is a woman I know who found the sim fascinating but when she saw the procedures, exclaimed, “I don’t want to do that! It’s too complicated!”

I love them all.

Many moons ago i use to have a girlfriend who was really into her gaming. We use to network our commodore amigas and play Tornado and Birds of prey.
After we left school and went off on our separate ways she joined the RAF and became a Harrier pilot based out of Wittering with the joint airforce / navy training wing.
She now teaches us silly boys to fly the F35

Given this thread and a few others, I’m starting to think many of us watch the same YouTube channels.

It seems to go beyond aviation topics.