Wondering if you should get the FlyInside or the Cowan Simulation Bell 206?

You could, but without knowing what the developer-defined curve is, it would be a lot of guess work to counter it.

and make it MORE sensitive around the centre again if needs be?

thats what I did for the Bell407 within the setting files, because the movement of the helicopter is much to low, related to the stick movement.

But I think thats not for what the sensitifiy curve of the devices/sticks is for… it a bit different thing. Usually the developer do a setting which is near like the real stick movement, and users can adjust the stick. But in special I never seen a video where the stick needs to move " a half meter to the right " , like it is for the original bell407

Unfortunately it’s true. This update took a LOT of the sensitivity out of the stick near the center. Not a fan.

I prefer it - been having fun with it today. No way I could have landed like this before

By the way, if you open the side window on the Cowan, it sounds SOOO much better!

I own both helicopters and the CowanSim 206 is also the one I prefer much more - it’s much more relaxed to fly. The other one (using VPC - Virpil Controls) is flying fidgety or hectic.
The CowanSim helicopter remembers me more to other helicopters I know about and the flying in X-Plane 11/12, Prepar3D v5 Professional and DCS. (UH-60M Battlehawk, Sikorsky S-76, Mil-Mi 17, KA-52, and else).

For me the FlyInside helicopter was wasted money, but I was curious

I have both and have flown them pretty much exclusively since they released. They both have their good and bad points, and I find myself preferring one or the other all the time.

The Cowan has great exterior modeling and textures, and the performance is incredibly smooth. Its interaction with the ground is still better than the FI even with its patch. The engine gauges though might as well be for show, they display inaccurate values and you can’t make the engine fail so there’s no point in even looking at them. I also find the sounds to be really lacking in the Cowan, especially compared to the FI.

The FI I would say has the upper hand with the interior visuals, and I find them far easier to read and are not subject to the graininess in sunlight that I get with the Cowan. The sounds are vastly superior and the startup sounds never get old to me. The systems realism is the biggest factor for me and the fact that you are punished for abusing it makes it that much better. The flight model, at least to me feels closer to what I recall when I did a helicopter lesson, though the one issue I have is still the ground interaction. While it’s nice to have the light on the skids feel, you still get blasted by whatever wind is present as soon as you leave the ground. In high winds this throws the craft around at about the worst possible time. This is by far my biggest issue and after this many patches, may just be a limitation of using a custom flight model. There is a notable performance hit compared to the Cowan, but at least on my system it’s only a matter of 2-4 frames.

But did you try opening the side window like I wrote?

Since the last update i find cowan flight model to be a disgrace i have no idea what’s going on with it, its all over the place ive gone back to the freeware R44 much nicer to fly

Do you have any issues with the G2?

I love the the G2, totally intuitive to slow and turn/slide around buildings and landing zones, or whip up a random hammerhead to go under/over a bridge. Stable enough to pan around and look somewhere besides dead ahead in fear the second you look away you’ll be in some dangerous attitude like the 407, or spot even a moving landing pad on a ship at 1000’ and you can descend right to the point you want to be(or jump from one one ship right to the other even in a sideways slide). If it’s more like that with a different performance envelope and model specific REAL quirks I’d be interested. If it’s like the 407 leaning twisting ■■■■ I’ll pass.

I haven’t bought neither heli yet as I’m still trying to decide, as I can only afford to buy one. But I noticed there are 0 liveries being offered on flightsim.to for the FI, only liveries being made for Cowan. Why are no one making liveries for FI? 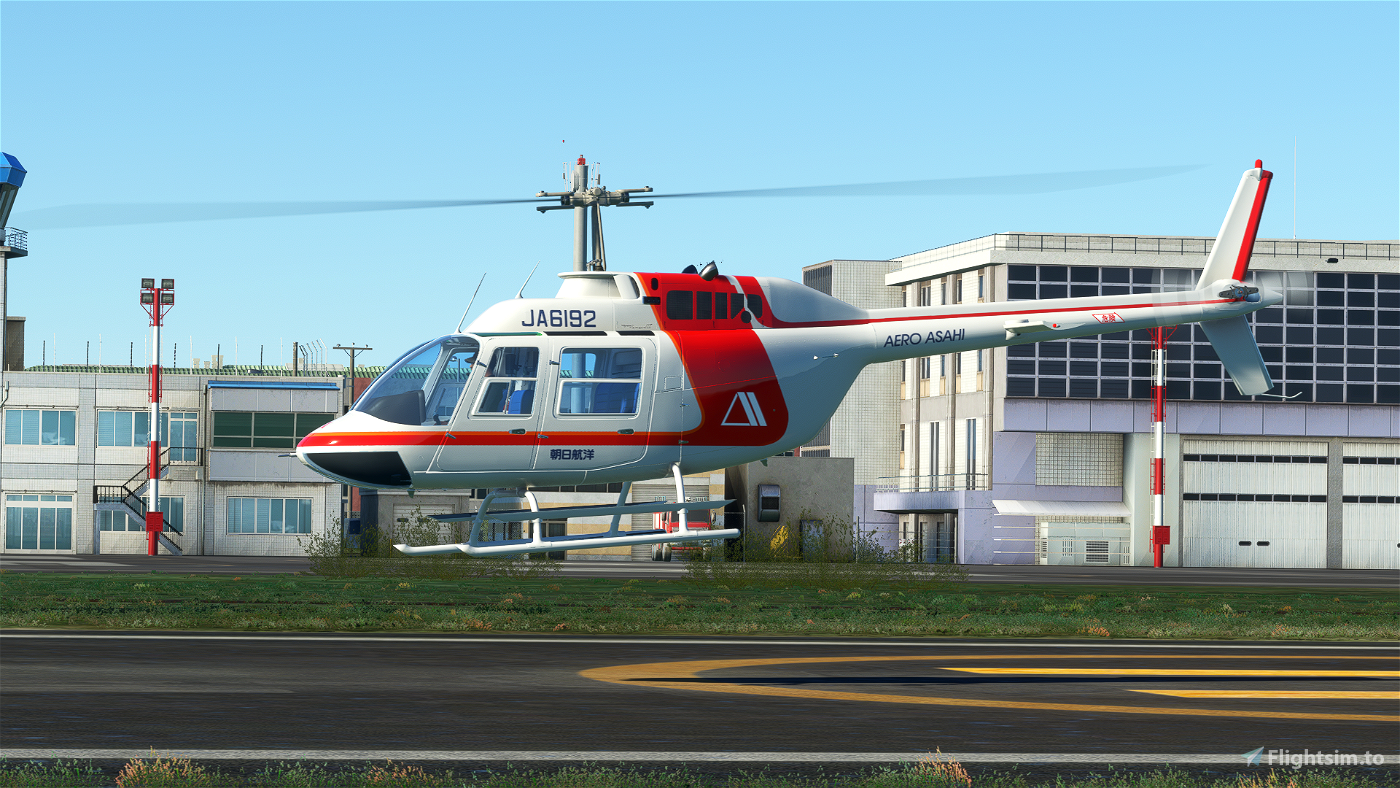 ✓ FlyInside Bell206 | Aeroasahi | JA6192 is a Microsoft Flight Simulator 2020 mod created by NullP. Download for free to enhance your experience in MSFS 2020. 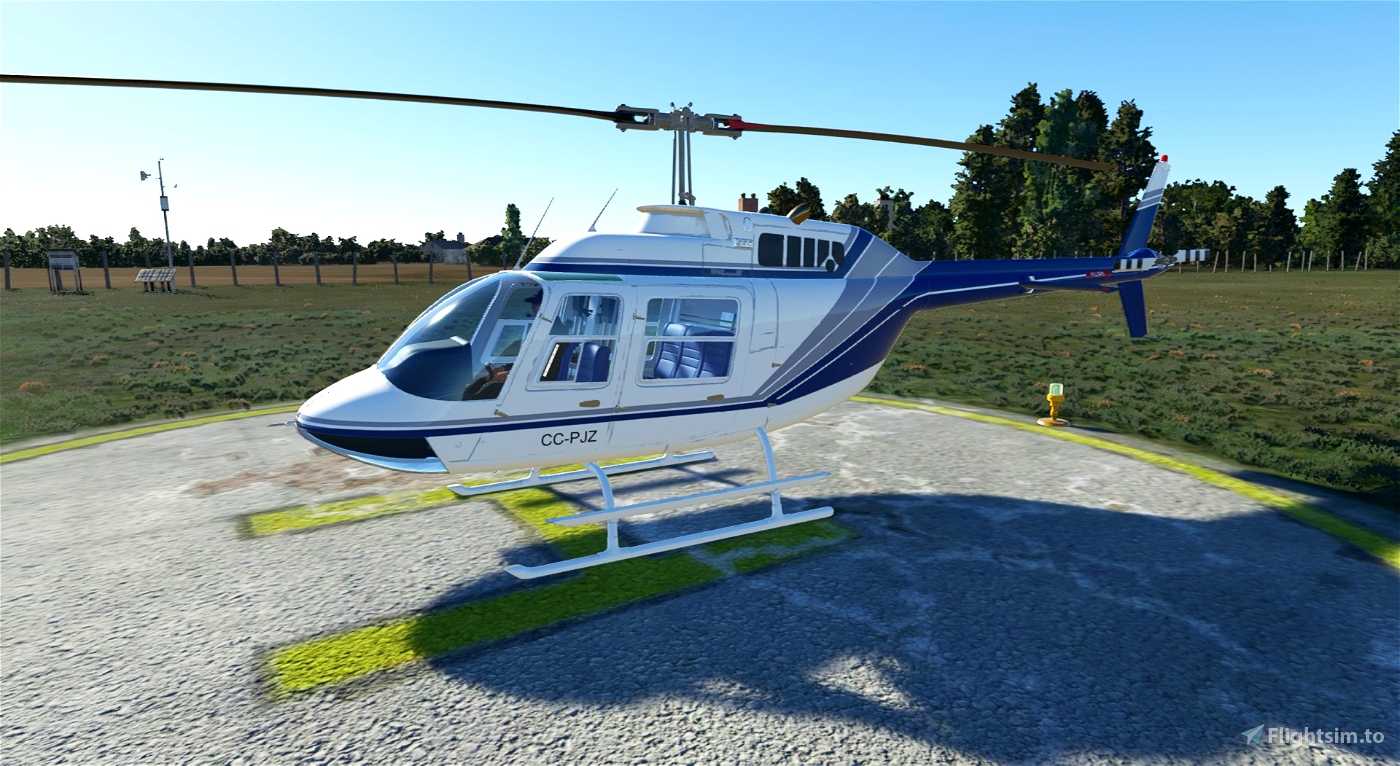 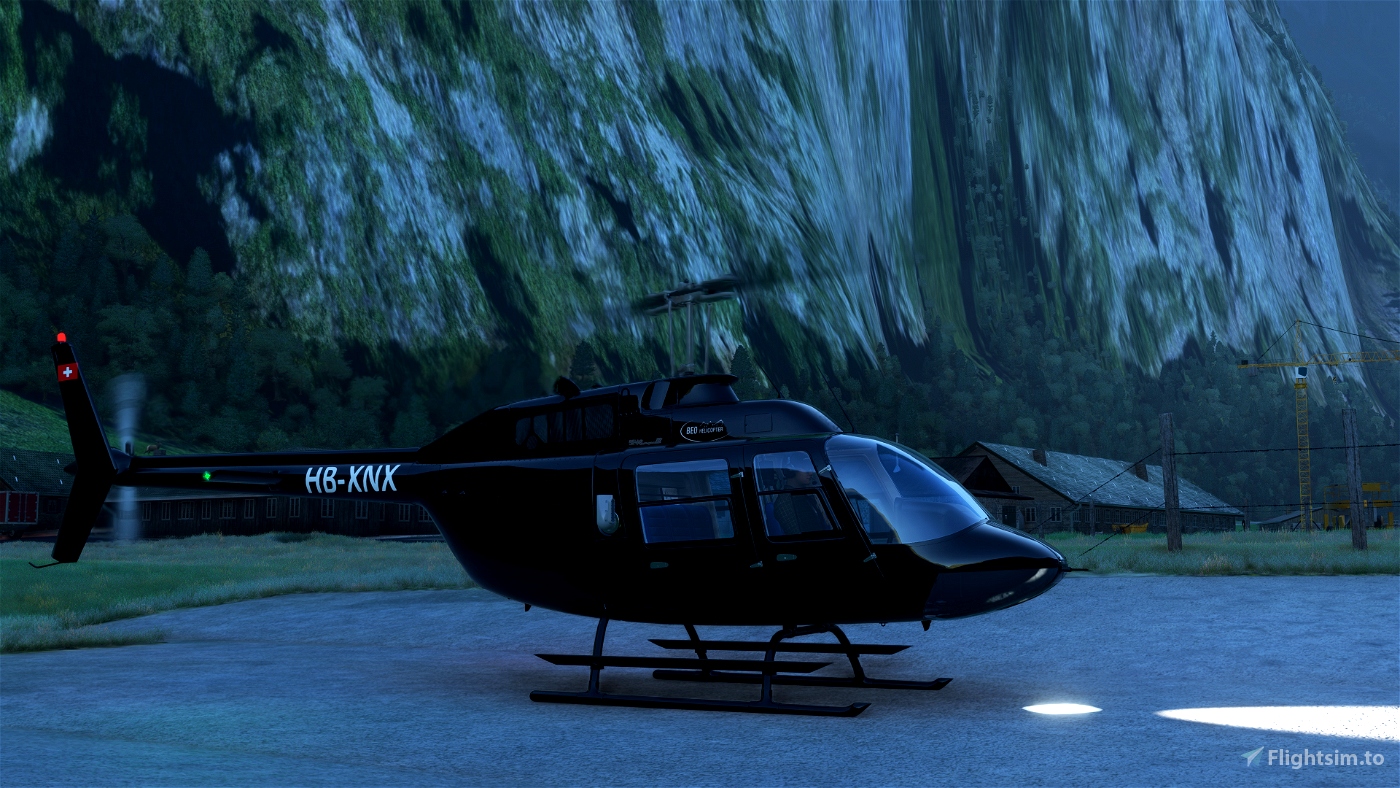 ✓ FlyInside_B206_HB-XNX BEO HELICOPTER is a Microsoft Flight Simulator 2020 mod created by Air_Glaciers. Download for free to enhance your experience in MSFS 2020.

But yeah, not as many as for Cowan. Not sure why but sure more will come.

36 liveries for cowan, 3 for FI. Does this mean most prefer Cowan? Maybe we shoud put up a poll to see which one people prefer flying the most. Apologies if this already exists.

Dunno. Maybe it’s just harder to make liveries for, for some reason, or the paint kit is not available?

I could make a poll here for fun, if anyone else thinks it’s a good idea!?!

No paint kit for the FI and the texture sheets are difficult to work with especially in 2D. Cowansims 206 comes with an excellent paintkit and is easy to work with.

I could make a poll here for fun, if anyone else thinks it’s a good idea!?!

If you’re serious, then, yes, great idea if you have the time bearing in mind you have a couple of other threads on the go as well

I’m on the fence a bit and maybe others are too.

Sure, it’s no bother. I have extra creation powahhhh now so it can be a forum voting poll I create (pie chart thing), so I won’t have to do anything to “manage” it

@Spac3Rat is that OK if I make it in here and you link it in post 1 perhaps, so it doesn’t get lost in the middle of the thread?

What ’answer options’ should we put? Just:

Question: which version of JetRanger do you prefer?

Trouble with 4 (and 5) is that I think you can’t change your mind once voted on, so maybe it should only be for people to vote if they are certain. Still answer 5 could happen later. What do you think? Keep it simple with just 1 and 2 as options?