I thought it might be good for everyone if we started a working list of known issues with 3rd Party airports that are needing an update since SU5, and those that are confirmed safe to use.

Please comment if you know of one not on either list that should be (payware only). For those you think need an update, ONLY LIST IT if it is a known issue specifically due to SU5 and one that we don’t already have confirmation of a pending update by the developer; for those that are confirmed good, please ONLY LIST IF YOU HAVE USED IT MULTIPLE TIMES SINCE SU5 WITH NO ISSUES.

I’ll try to go through the comments and keep the posted list updated as updates are announced/confirmed:

NEEDING UPDATE FROM DEV If it’s not on this list, it is either confirmed working or the developer has announced they are working on an update (or none of us own it):

KNOWN TO BE WORKING AFTER SU5 If it’s on this list, it is confirmed working. You may need to update or delete your Content.xml and/or clear scenery cache if you see otherwise:

Didn’t hear any news from ORBX, but London is one of my most visited places in MSFS, so would be very happy to see it after SU5.

not an airport, but 3rd party scenery nonetheless:

I got it from the in-sim marketplace, but had to delete it, as my sim crashed every time while loading into Hong Kong.
After deleting it, it works perfectly fine.

Hmm. Works fine for me. Took off from Orbx EGLC and did a complete low level flight along the Thames with the Orbx London scenery pack installed.

Not sure because I haven’t checked it myself yet, but some folks are reporting only missing jetways at KSAN, but Ricardo has told them they just need to update to the latest version to fix. If that doesn’t do the trick, try deleting your Content.xml file and let it recreate after updating.

Adding airports known to be good as well. If you know of any that have been updated or are working in SU5 as-is, please let me know so I can update the OP (I can’t test them all since I’m still getting some CTDs especially in Europe plus I don’t own them all). Thx!

London Landmarks is not working for me either. Causes the sim to freeze when loading a flight in London. I’ve had to uninstall the scenery so don’t know what the effect of flying into London from outside would have been for me.

I can confirm Orbx’s EGLC London City Airport is ok though (for me).

The Orbx Landmarks London issue is being discussed on the Orbx forum and it seems that the SU5 issue with this scenery is with the Marketplace purchase (as indicated in your list) not with the Orbx Central purchase.

Given that both versions are the same, this is possibly a problem with scenery references/registrations/links between some Markerplace scenery and the sim post SU5???

This makes it less likely that a revision to the scenery is going to come from Orbx. Hopefully MS/Asobo are looking into it.

Good info. Thanks. Been trying to check all the forums but Orbx’s is pretty ■■■■ confusing.

This worked for me only once. In the past few days I haven’t been able to load anywhere near London with Orbx installed, and would get a CTD if I approached the South East coast of England. Removing the Marketplace City Airport and City Landmarks fixed it - but I hope we can add them back soon.

. Any particular scenario. I could try and copy your flight. I also have EGMC pay ware where I usually depart from. Which aircraft or any?

I’m happy to report I now believe this was an MSFS/Asobo issue not the dev as I first suspected.
If you fly low (<1000 feet) over the surrounding area, it pops back to life.

I was trying City Airport to Budapest in the Citation Longitude. Had Orbx City Airport and the London pack installed and just couldn’t get it to load without freezing on the loading screen.

def something not correct. 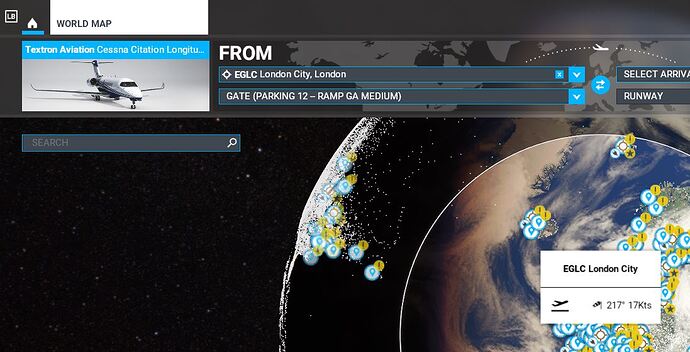 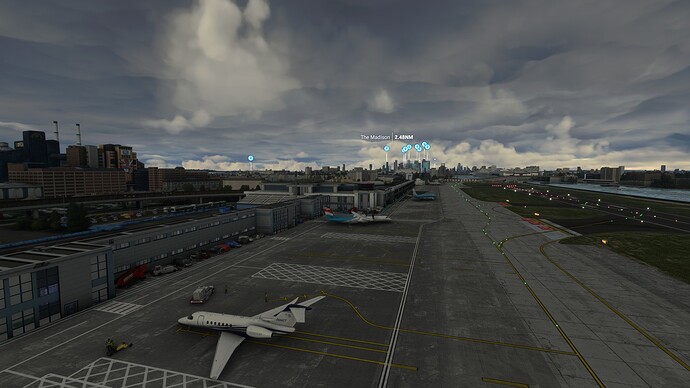 There is something else happening too - even without either Orbx package installed I’ve tried and failed five times to get back from Budapest to Luton. Every single time I get a CTD between Brussels and the Channel - flawless 50-60 FPS and super smooth until a very sudden CTD.

So, I’ve given up trying to avoid CTDs in a sterile environment. They happen anyway, so to Hell with that idea. I’m tired of restricting myself to like 10 good airports.

New strategy: I’ve re-installed all of the North American/Central American airports that I don’t have any definitive evidence of failures/issues and just flying out of them one by one to test. If I don’t isolate any CTDs to be caused by any of the scenery, I’m gonna move into Europe and the rest of the world after that and keep updating this list based on the many that I own. Wish me luck.

I figure it’s foolish to assume any one of these sceneries is causing a CTD when a) they didn’t before and nothing about the scenery has changed; and b) CTDs are happening without the scenery installed implying it’s the base sim where the real problem lies - the 3rd party developments are merely the scapegoat. We all just have to wait on Asobo on WU6 to put out a more stable fix (which I am confident they will - it was 100% stable for me prior to SU5).

■■■■. Sorry no help.
I just tried Zurich into Southend (pay ware airport) with the A32NX mod and was perfect.
Didn’t go over Brussels though. Nearer to Paris.

Which payware were you using that was perfect, the Southend or one of the Zurichs or both?