I understand where you are coming from. I think this forum does serve a purpose; however, sometimes, it seems it’s nothing more than a place to vent our frustrations. We have both seen the comments from the community manager acknowledging our concerns being brought forth here, but it feels like there are issues that are being mixed up. Yes, Asobo did give us some free aircraft with the GOTY edition, which is all fine and good/appreciated. However, that doesn’t precisely address the lack of 3rd party aircraft. All we know is that some developers make an effort to release their plane(s) on the PC and Xbox marketplaces.
Additionally, some developers understand a desire to see their work on the console. Unfortunately, it appears that what everyone thought would work hasn’t exactly gone according to plan. I still believe that a lot of what is happening sits squarely with Microsoft. I don’t expect an actual Microsoft employee to come into this forum and address our concerns directly, maybe in a Q&A session, but it’s hard to tell. I am thankful that there are 3rd party developers who regularly communicate with the sim community, and I feel those are developers that I can trust when they release a product. The lack of communication, regardless of who it might be, leads to a situation where frustration grows, and then we post things that a mod could remove because it violates forum rules. I’ll end with this: I want to be very optimistic about the marketplace update today, but experience has told me to keep my expectations so low that it’s a bit demoralizing. I appreciate you my East Bay friend!

The lack of communication, regardless of who it might be, leads to a situation where frustration grows

This sentiment is repeated throughout the forum, but it doesn’t seem to be any indication that there is even a desire to make a constructive change from those in charge.

I appreciate you my East Bay friend!

I think we are all embodying this ancient meme 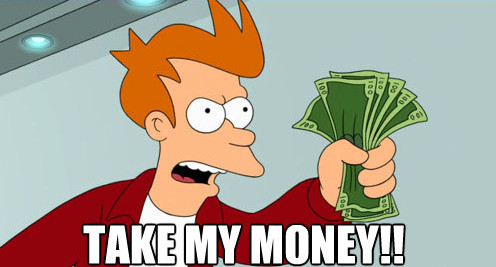 If it were possible, it would go a long way if Asobo speaks about the issues facing the Xbox community during the opening segment of the Q&A session coming next week. I know that is wishful thinking on my part, but at least to hear it being said in a live stream might temper the growing anger. However, given that the issue is directly related to 3rd party developers, I’m not sure what else Asobo could add to the discussion.

I’m not sure what else Asobo could add to the discussion.

Jorg is from Microsoft and he certainly has the ability to find out what is going on within the Xbox development path that has led to the state we are in re: 3rd party aircraft.

Asobo has a direct link to Jorg and Microsoft and it stands to reason that they could shed light on the situation.

The mystery lies in why we are having to come here and beg for this sort of input or, worse, put it up to a vote to be heard.

I feel like a serf trying to get through to the castle on the hill surrounded by guards, a moat, a drawbridge and a grizzled one-eyed dragon clutching at the ramparts looking down at me in my filthy rags standing outside my crude hut where a bowl of miserable gruel is cooling on a rickety table inside.

I didn’t realize that Jorg is from Microsoft. It shows how much I pay attention! I think, then, that if Jorg addresses the Xbox community first during the Q&A, that will go a very long way. Hopefully, within the next six days, the community manager can strongly suggest this to Jorg.

Thanks for that very detailed reply! I know a lot of dev’s really do care, Dean of DC designs being on who’s actively in Facebook and Discord groups with updates and just generally interacting with the community… that reminds me to look at the weekly update for the Concorde

Read on Aerosoft’s forums that “something is in the works” on a recent post pertaining to the CRJ on Xbox even so that’s promising.

It’s a pretty sad state for anything when 3rd party dev’s are more communicative by far compared to the platform their products are on. aside from the odd “we do care and see it” we get nearly complete silence from MS/Asobo.

Something I think we need is a separate category for Xbox concerns for the Q&A, the voting system’s biggest flaw is that Xbox is constantly drowned out by anything and everything PC related just due to the sheer number of PC players. But even then… would they even reply to those concerns with that system in place?

But even then… would they even reply to those concerns with that system in place?

I‘m not really prepared for new marketplace planes today anyway. After all Friday is the day the iOS App Store Updates.

I’m generally quite patient but it’s just about exhausted with this issue. The complete lack of communication from the game developer is also infuriating. Like others have said, what is the point of this forum? There is minimal feedback from the developer. It’s left to the aircraft devs (who do actually care) to provide insight from their perspective.

Are you saying you’re seeing the marketplace update right now?

Yeah just got home from work turned on msfs thinking I might find something new in the marketplace place, but nothing, no skins, no new jets, nothing

Oh, the update hasn’t been released yet. That’s probably why. It was delayed until today, so we’re all waiting to see what happens.

I feel like a serf trying to get through to the castle on the hill surrounded by guards, a moat, a drawbridge and a grizzled one-eyed dragon clutching at the ramparts looking down at me in my filthy rags standing outside my crude hut where a bowl of miserable gruel is cooling on a rickety table inside

I actually did laugh out loud at this!

I know, my post adds nothing to the conversation, but I had to put it out there!

Great, thanx Frogman for letting me know yeah, there may be something to look forward to after all huh, but I won’t get my hopes up in the event there are no new skins or jets, it would anticlimactic to say the least

No worries, I thought maybe you knew something we didn’t.