Ive posted this in the wish list because currently, the lack of these on AI planes or Live traffic is a real immersion killer.

To me it doesn’t make any sense that we have this wonderful top grade flight sim and yet no airline in the world wants to advertise their brand? It just does not make any sense. The only way I can get a bit of immersion on the ground is to buy third party airports that have static planes parked with real world liveries.

Even so, the current generic liveries for planes are absolutely woeful. Why couldn’t asobo make some up? We have one or two in the liveries for the default planes like global freight, why couldn’t they make some stock ones instead of textless, pastel paint schemes.

Cmon Asobo/Microsoft, this is supposed to be a projection of reality. When i fly to span i want to see plane brands that reflect that part of the world.

Can this be discussed and escalated? Cheers

there are som many things that need fixing etc, this is a very low priority thing.
it will happen eventually.

Its not low priority for me.

There’s money that could be made out of this, I’m surprised that they haven’t jumped at the chance already. A fair compromise would be to have liveries as payware. That’s a more realistic way to see there might be a better chance of this happening, incentives might provide the motivation.

I’m almost certain they’ll be licensing agreements that’ll be involved as real carriers will likely want a cut of the profits. Negotiations may take a long time and certainly add more headaches. I’m not confident the “free advertising” logic will wash with the biggest carriers, big companies can and often are a little overprotective of their brands. Thus the incessant copyright infringements we see frequently on YouTuber’s for example.

Personally I’d love to see things finally fully open up on console to the modding community as these guys can do some amazing work with practically nothing and for free. The potential of what games could be is unbelievable.

’m surprised that they haven’t jumped at the chance

It may be an interesting payware project for a talented livery artist.

And you are right. I am also quite sure that a lot of real airlines are very protective of their brand so I’m not holding my breath for official liveries.

Official liveries has been a fairly common request so I’m surprised that this has not yet been merged or closed.
However, as it’s also something that is out of Microsoft or Asobo’s hands in that they can not add liveries without permission it’s also a bit a redundant.

I wonder what would happen if Phil Spencer got involved. Microsoft has undergone some huge deals in the last few years. This could be another. I could see it that Airlines and such could actually buy advertising in the game world itself, Liveries could be a start, then genuine catering, baggage, ground transport companies. Fedex, Maersk, DHL, UPS, BP, Shell, even MacDonalds or Starbucks just to throw some names out there. Obviously these depicted tastefully and in a realistic way somehow. No ads popping up in the main menu or loading screens, not “THAT” kinda advertising of course. I wished I could articulate myself better with how this could work.

Well if you look at the AREX add ons for ground vehicles in the sim at airports, they are all branded.

Yes I realized that while I was writing. I’m on Xbox (please don’t shoot me lol) and I have seen ones under the Living World category I think. That’s the ones that covers 3 regions right?

Yep. Im on xbox too so don’t worry.

Those add ons are on my shopping list. Maybe next week i’ll grab em, hoping they’re still on sale.

Obviously these depicted tastefully and in a realistic way somehow

I didn’t even think of it that way. I was thinking in the lines of getting the logos right and placed in the correct or appropriate places that they could be found in the real world.

It’s easier said that done. Because there’s a whole topic about copyright laws and the permissions to use the real world liveries.

In summary, airline companies reserve their full right to their own brand image and designs. And having anyone to simply create an accurate liveries of their brand image without their permission and consent is technically a breach of these copyright laws.

Now I know what you’re thinking. “But PC players have access to those said liveries and shared to flightsim.to or other sites, and they’re not in trouble”. Technically, in the eyes of the copyright laws, they are all breaching these laws. However, the enforcement of these laws to community-based addons are very gray and difficult to enforce and it all depends on how strict those brand image holders are about having their liveries re-created. So if an airline company decided to sue flightsim.to for sharing their liveries without their permission, or even directly to the livery author who made them in the first place, they’re within their rights to do so, and they’ll win the case.

However, suing someone, particularly an individual person or a freeware community is a costly endeavour for them, and they won’t have anything to gain in return. They won’t be able to sue someone for 10 million dollars in copyright infringement if the person doesn’t have that much money to begin with. So the worst scenario that’s usually happen is that the airline will send a notice of infrigement to the share sites, or the person directly asking them to remove the livery from the public space as it is within their rights as the true copyright holders, and they will have no choice but to comply, otherwise, they would be escalated to court and end up losing the money that you don’t have.

The best case scenario is that it doesn’t even get to their radar because they can see that these are merely community hobbyists and they have more pressing concern.

But when it comes to Xbox, because of the closed environment and everything has to go through the validity and the approval process to be loaded to the marketplace. Microsoft has full control over what goes through and what doesn’t. And this is the difference between PC community-based addons. Since Microsoft has full control over the contents, they’re more susceptible to copyright laws and its infringements. If the Airline sees their livery in the marketplace and they were not consulted or agreed on, they can sue Microsoft directly for allowing contents that infringe their copyright to the public without their permission. And they will do so because you can sue a company for millions of dollars for these.

The only way for airline liveries to be available in the Xbox marketplace is if either Microsoft/Asobo or any livery designer go to each airline legal department and specifically request the approval to create and publish their liveries into MSFS marketplace, and they will always have certain terms and agreements on what we can and can’t do with the liveries. If any of these terms and conditions are not agreed, they’re bust and we can’t have any of their liveries in the marketplace. Otherwise, if everything looks good, they would still monitor the livery designs themselves to make sure they’re following the brand policy and standards.

And these lengthy process has to be done for “each” airline. One at a time. I don’t know if this will ever happen, but I don’t envy the person who has to deal with these process just so we can have a livery that not everyone will use anyway.

I’d love to get some real liveries on xbox I no theres a pack for pc but could do with them on xbox. Also the ai planes I.e real ones should have the correct liveries

Yeah, you can have a Live Traffic liveries to have a matching livery if you install this mod that I made. But this is for PC though, I don’t think this will work on Xbox. 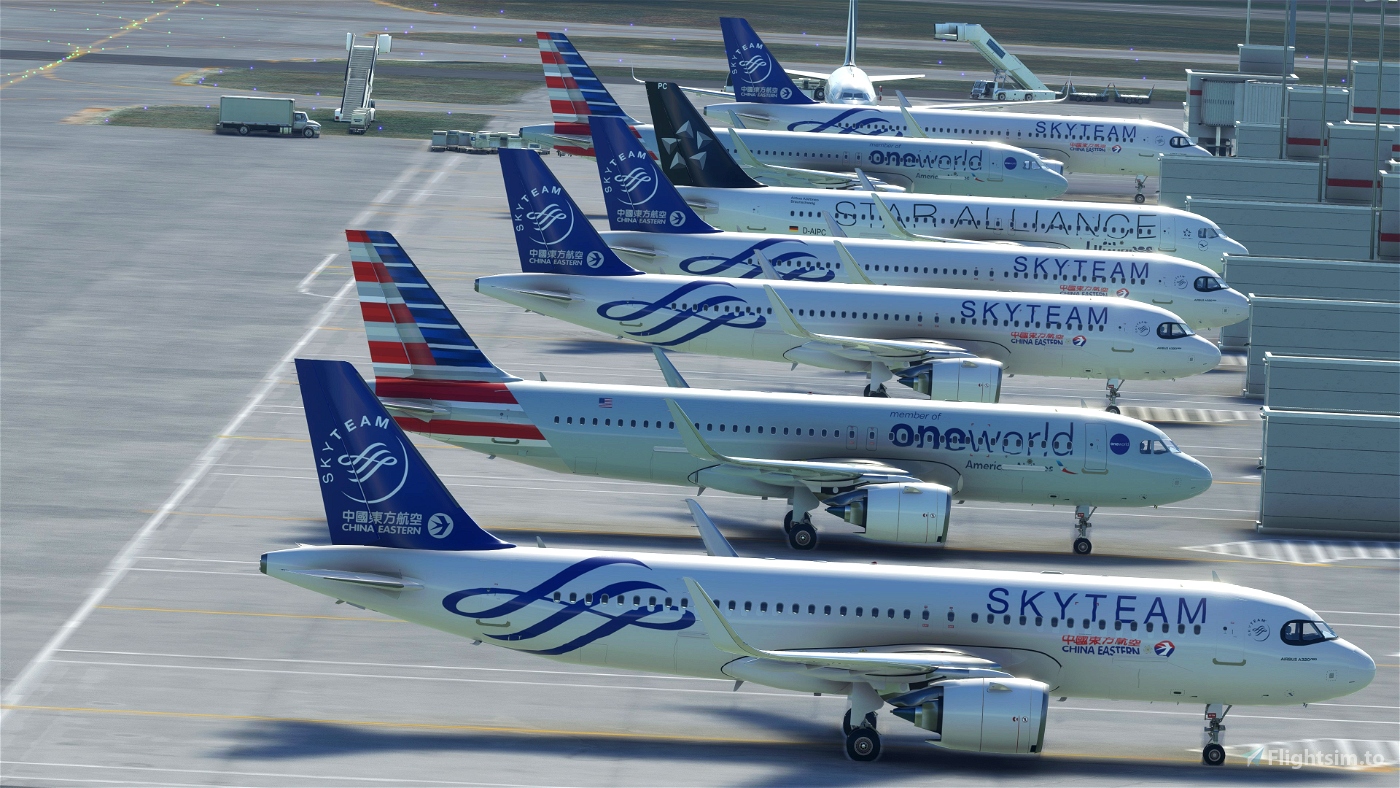