XMP on or off?

I don’t have exerience with xmp profiles. I have 2 G-Skillz rates for 3200mhz but with xmp disabled they run al 2100mhz? Should I enable xmp? Will it change something in performance? I also heard that xmp may cause instability or even damage the cpu with unsupported voltage.
I have a i9 10900k on a ROG e gaming motherboard.
Thanks and merry xmas

You should have it turned ON. It will give you the memory’s full speed and lowest latency timings that the memory supports. You’re seriously under-utilizing your memory if you leave it off. So long as it detects the correct memory timings you should have no stability issues whatsoever. If for any reason it assigns incorrect timings simply manually correct them. I too use G.Skill memory btw. I also have 3200mhz memory. Lastly, xmp does nothing to the cpu so no it won’t harm the cpu or change its voltage, those are completely different settings.

That was helpful. Thanks

Should I enable xmp?

Absolutely. It does not cause instability unless your CPU is overclocked and not receiving enough VCCIO.
Just look in the RAM specs if they need 1.35 V instead of the default 1.25 V to run at 3200 MHz and set 1.35 V in the BIOS. But if they are stable with 1.25 V, leave it as it is.

Thanks. My MOBO has only one XMP profile ( I assume is a correct preset for may brand/type of RAM )

You can download and install CPU-Z. It’s very small and has a tab for memory where it will show you your memory speed and lantecy timings. Just be aware it shows the memory half the speed it’s running at, so it will show 3200mhz memory as 1600mhz, that confuses many people but is normal. 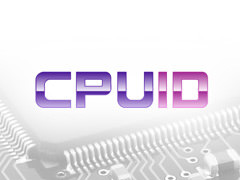 Yep. I confirm. I have enabled XMP and now memory is shown running at 3200mhz also in the task manager

Turn it on, if it works it works.

Do you guys think it will benefit MSFS in general?

It’s probably hardly noticeable if you use an Intel processor, but with an AMD processor the difference is bigger from what I understood.

I can tell you from my experience (AMD Ryzen 3800x, ASUS 570x) that just enabling XMP caused CTDs in MSFS although stress tests etc all ran fine. I had to lower the frequency manually from 3200MHz to 3000MHz, which I ended up being stable. That was with the latest BIOS that was available for my motherboard.

So I wouldn’t say “yes of course enable it”, but rather test and see and if it’s unstable try lower the frequency. That is easier than editing individual timings.

On! So you will make use of what you’ve paid for.

If you have a Ryzen you will maybe not be able to run it with 3200MHz without excessive overheating of the CPU and high instability. Or even the mainboard refusing to boot.
Only Ryzen Generation 3 (Zen 3 Series like Ryzen 5000) supports 3200MHz, a Ryzen Gen 1 will give 2933MHz RAM clock.

, can ( like each other OC mechanism ) cause issues, but should normaly run fine ( if you stay away from fancy hype memory with marketing-gag frequencies ). You can of course get with XMP memory settings a bit higher performance, but often not much and it depends on some factors. I assume in your case you can get may be ~5fps better.

note: AMDs (DOCP) can also access the Intel XMP memory timings so that they are usable in AMD platforms. But AMD is a different story as yours…

It was more of a “I wanna get what I paid for” I enabled xmp and now the memory is running at 3200mhz. I don’t see any tangible improvements but as long as it is safe I’m gonna leave xmp enabled. I’m running intel I9 10900k