Just saw this on A2A’s forum from Scott, the owner:

I just wanted to say that as of yesterday, thanks to our brilliant Michal Krawczyk and Mark Smith, we appear to be out of the woods with Accu-Sim and MSFS2020. It goes to show that there is almost nothing you can’t do if you put your mind to it and don’t give up.

Today for the first time, I took off and performed a bunch of maneuvers in the air, came back with a nice flare and landed in an all-new Accu-Sim Comanche 250. All major road blocks are cleared.

So now that we have this Comanche 250 in place we can properly plan for MSFS development. Keep in mind that being brand new tech, systems and physics, it will take longer for this first airplane, which is why we chose the Comanche 250 since we know it so well. But once this airplane is out the Accu-Sim production line will be in place, so to speak.

I’m so happy to hear this!

A2A Comanche on FSX was my all time favourite. This is really good news!

Indeed that’s the best news we could get recently. All hail the kings ^^

Outstanding! Once they get the Comanche through ACCUSIM, hopefully the C172 and the T-6 Texan will follow. There’s a bunch of A2A aircraft I’d love to see coming to MSFS.

This is great news. Still bummed about the Aerostar through.

Ayyy this calls for a celebration. I was waiting so long for these guys to get in on the MSFS platform.

For anyone that doesn’t know who A2A are here is a video of when this aircraft was in development back in 2015 for FSX / P3D. They are really up there when it comes to very high quality addons. 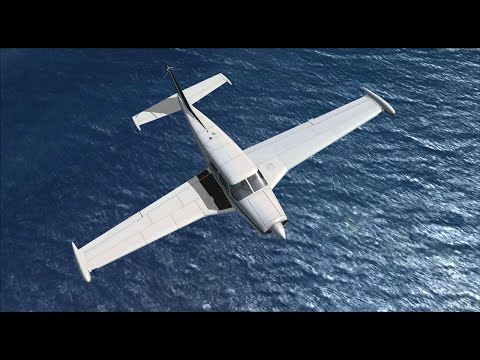 I know for sure I will buy this thing in a hot minute once it comes out for MSFS.

The best in the business , there is no one even close at all. They are the gods of GA simulation.

For those who were not in FSX and P3D, just a word to explain what A2A is and why people welcome a forthcoming entry on the MSFS market. I should know I purchased about 10 of their birds since 2005.

It is one of the oldest developers of aircraft for the FS franchise, specialized in piston engine aircraft : General Aviation, Warbirds and two Propliners (B377 and Constellation). They have created over the years a simulation of a piston engine which is the best available. It includes wear and tear, meaning bad piloting brings a less efficient engine and could even cause the engine to become non functional.

They have been working with the US military these recent years and said they have developed the equivalent of their ‘Accusim’ for the turbine (turbo prop and jet) which was their weak point.

In a nutshell it is a major player of the top tier of aircraft design which comes to MSFS.

Yeah you can also get other failures, such as stuck flap hinges just to name one. I had a fun landing like that where only one flap lowered and stuck that way. I’ve been impatiently waiting for A2A to come to the table and finally turn MSFS into a real flight simulator.

Love the Comanche. It’s such a pity that the Piper factory was destroyed and Piper decided to drop the Comanche for the Arrow. Even though the Comanche is much older in design, I think it’s the better plane.
This A2A plane from 2015 still looks great today. Will be an instant buy for me.

Oh my god! Please just do the C172 Trainer next!

I had a great engine out landing In the Comanche over South America in FSX. I really didn’t look after that aircraft

Can’t wait for this to be released.

Will be even better if the condition and hours from my P3D version will be carried over into MSFS, have about 470 hours in the Comanche in P3D with wear to match…

Great news! Scott and team are some of the best in the business. Even back in the FS2004 days the models were complex and always “a cut above” anybody else for GA aircraft. Not to mention the fabulous job they did on WWII era aircraft, both large and small. Wings Of Power was a fabulous package, and I spent many an hour flying the B-17.

It’ll be nice to have the Accu-Sim models in MSFS.

This is great news. Still bummed about the Aerostar through.

I don’t have access to the A2A forums, but last I had heard was their real world Aerostar had either an engine failure or gear up landing and progress was halted on developing it for MSFS. Is there any update on this situation?

They had a gear failure and had to belly land it. The aircraft is being stripped for parts and is no longer flyable. Their tone seemed to indicate that they had enough stuff they already recorded it prior to the accident. It’s not the main reason Aerostar is being held up - they are simply trying to do a simple single-engine one first because AccuSim is getting an overhaul. That was the main roadblock. I imagine at some point we will still see the Aerostar.

Cheers Jeremy. Super sad that their aircraft experienced a wheels-up, I remember seeing a Facebook live stream from the pilots afterwards indicating no one was hurt which is the most important thing.

Safe to say this ‘manche will be an instant buy. Their legacy from previous flightsims speaks volumes!