That’s what I use and yes it only returns 43.

Insanely useful for the v speeds though. Especially for flaps 2 take offs on short strips.

Please keep in mind that the Fenix is an A320CEO, ours is a NEO. Different engines, different flx. That’s the reason we don’t provide a calculator yet. With the CEO you can find pretty decent data on flx temps. With the NEO you can’t.

By far and away the best (and easiest to use) tool out there. Wholeheartedly recommend it, just make sure you put your weight in in kilos, 68000 instead of 68.0 and you’ll be sorted. Nothing else out there touches it, and it’s free. 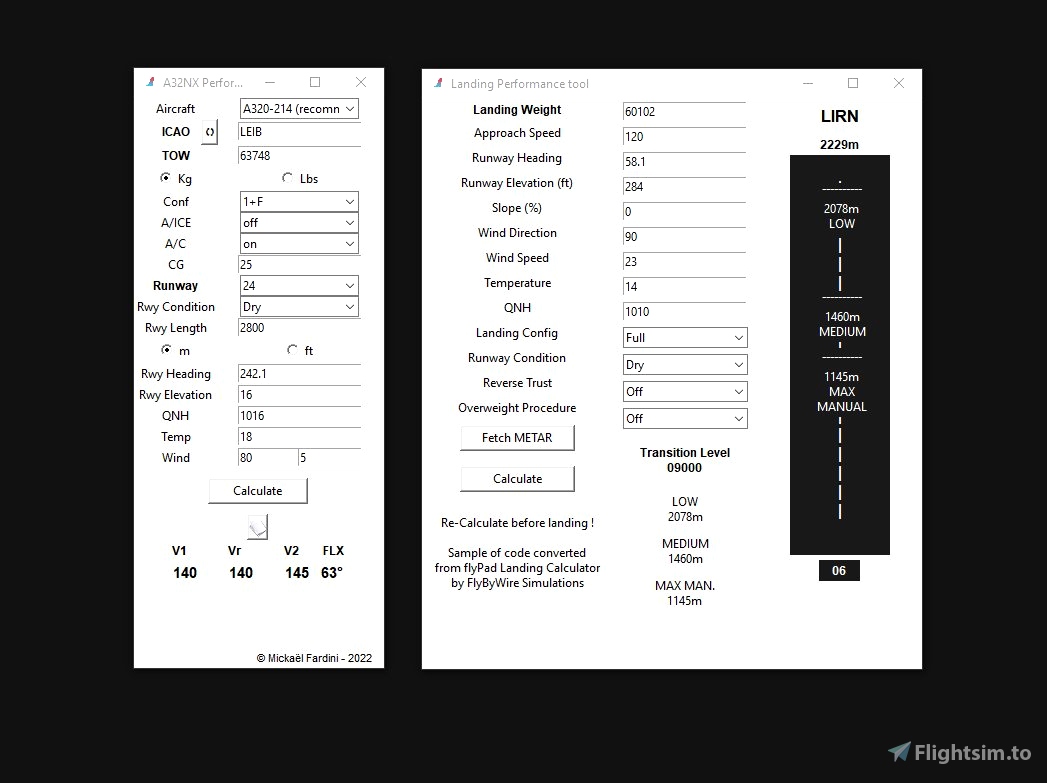 Just to help in case you weren’t sure…

That’s all there is to it, it takes seconds and works perfectly every time. I’ve had it spit out the full range of Flex temps from large to small de-rates, and TOGA full power takeoffs.

Thanks for all the help everyone, as mentioned im on Xbox here, so default a320 only for me, I still don’t know why im getting overspeed just after takeoff, im at like 700ft and then im into the red tape and overspeed warnings, if I raise flaps it’s fine, but I’ve never needed to raise flaps that low before and I’ve not even reached S speed I don’t think.

Do you have any sort of Windows based device/laptop?

You can still use that tool if that’s the case as it runs standalone.

I will try tomorrow, think I can get it running on my Mac hopefully.

Got any ideas on the overspeed warning?

Perhaps the weight of aircraft is causing it?

I’m just using the default values from setting up in world map.

I’m not sure as that’s not something I’ve seen with the A320NX but it sounds odd. Have a try with that calculator and see if it spits out anything a bit more sensible.

Hopefully that will solve your issue

Got any ideas on the overspeed warning?

It depends. What’s your rate of climb? Too low and the A320 will continue to accelerate. That’s to be expected

Too bad the numbers you get from it are not even close to being realistic.

“barely” as in just over? Even at Flaps 1+F the speed limitation is 215 kts, at Flaps 3 it is 185 kts (these are CEO numbers, don’t recall if the NEO numbers are the same). So if you are pushing 200 kts and don’t have the flaps up yet, depending on configuration you would be overspeeding. That would not be due to anything wrong with your FMGC programming, just neglecting to retract flaps before accelerating.

I’ve never flown an Airbus but did fly the 737 for 12 years before moving onto something bigger.

I’d have said the numbers are pretty comparable to be honest. The aircraft certainly handles as I would expect with the output plugged in to the FMS.

Why do you say they’re not realistic? Are you an Airbus pilot?

No, I am not an Airbus pilot. I am an engineer who understands takeoff performance very well and have access to enough A320neo data to know that this is not a calculator I would ever consider using. As an example, first read what Flex thrust is and understand what Flex temps would be valid for the A320neo with Leap 1A-26 engines here FBW A32NX Autothrust/Levers - #32 by AwarePlot117729.

Can I ask what type of engineer?

ps I know exactly what a FLEX temp is and what it does. Why would you be using no bleeds? I don’t know about the Airbus, but on Boeings a bleeds off take-off is done only for performance reasons, so by definition you would be using rated thrust and would ignore any derate. Modern onboard performance tools wouldn’t even give you derate in this scenario.

pps The 320N is beta as I said. Try using the standard 320 figures, you might find them more to your liking.

Perhaps I will try adding some more weight to the aircraft, in the customisation settings the default values are quite low I think, at something like 35%, not sure what that is in real terms, need to look again.

Ok, so just as a test I will try this and see if I get overspeed warnings again after takeoff.

What aircraft weight do you normally set, or do you leave at default values?

Not looked at any of these calculators since I have very little interest in flying the 320 in a sim, I’m more of a spitfire and bae hawk man

Well, depending on the route, I guess. But payload-wise is always the same. Full 150 passengers all the time with the exact same baggage weight. But fuel weight will depend on the route and the flight duration and distance. So the total weight is always relative, but I always keep using FLEX TEMP 69.

I never had any overspeed warning after takeoff. Here’s an example of my typical takeoff, taken a few days ago. 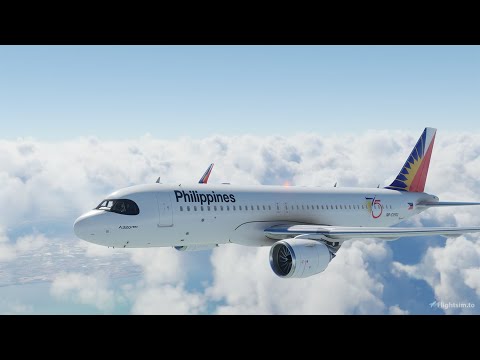