May i ask when you unlocked the achievement. I’ve done around 25-30 flights without getting it to pop. Have flown entire thing manually, used autopilot, went from every type of parking to every type of parking. Kept ATC / checklist windows open, have answered all ATC myself, started from cold engines with doing the start up procedure manually and shut down procedure manually etc and still nothing

I have to admit I unlocked the achievement about 6 months ago, so it is possible that SU5 may have bugged this achievement.

I think it’s safer to actually check the spots you want in advance, take screenshots if required to help you recognize them and route to/from runway.
Don’t touch AI at all.
This was one of the first achievements I picked up.
No liveries, no add-on airports, no add-on aircraft or aircraft enhancements, everything “true to life” and don’t touch the pop-ups or lose ATC…

Tried this MULTIPLE times (You should see all the screenshots of just zoomed in parking spots). Tried Airports with 3 parking spots or 300… didn’t matter. Every time I pulled into the spot I KNOW I picked in world map… Nothing.

I’m truly impressed you were about to get this achievement without letting the AI taxi. I honestly think you’re in the .001% that ACTUALLY got the achievement, the way the developers described it. 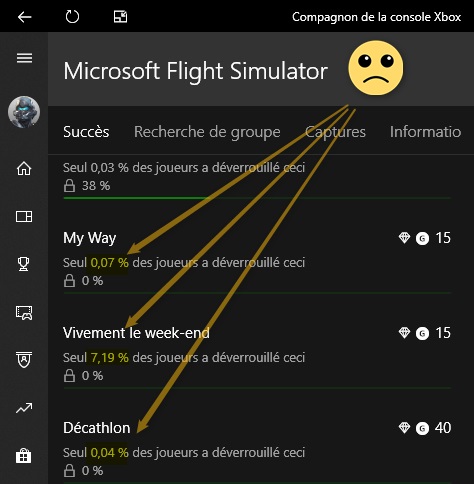 There are things in the design of MSFS that are incomprehensible, such as the need for human intervention to bring weekly activities online.
There haven’t been any since the Xbox release, as if it was no longer of interest to those in charge and this part of MSFS was neglected.

Is this the future of this simulator? 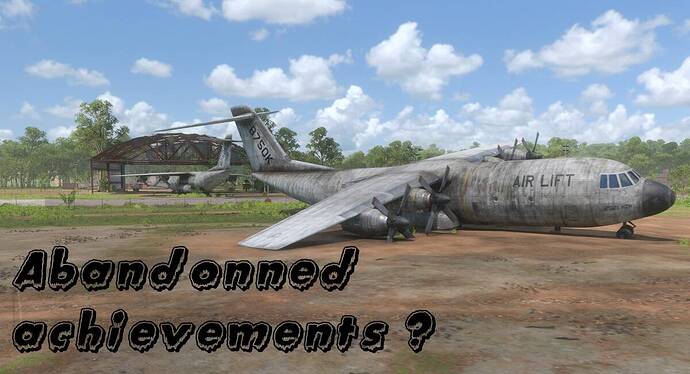 At least here (and it’s also a Microsoft game

), the achievements are working fine!

It’s a landing challenge named MCAS MIRAMAR and that is displayed on the main page of the game: 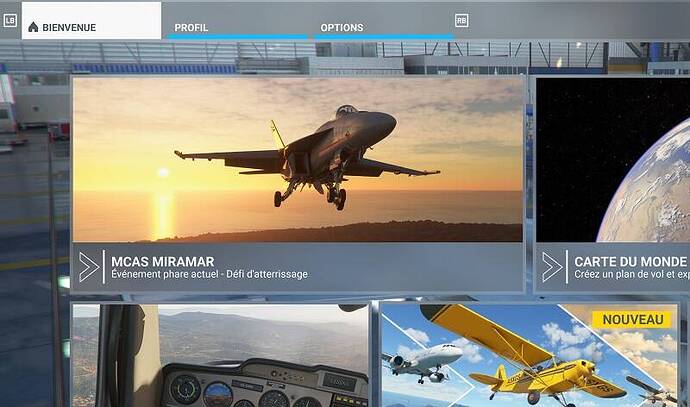 As all others landing challenge, you need to land with the more precise that you can: 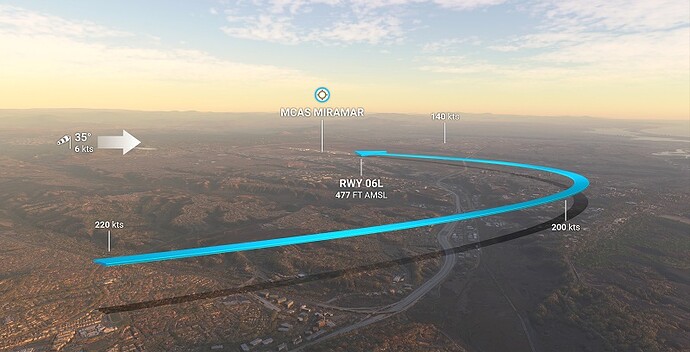 “Working for the week-end” or add 1

to “Decathlon”, you need to achive this challenge.
It’s not so much hard, because whatever the note you get, “A”, “B” or even a “C”, the achievement will unlock.
Beware that, the achievement will not pop-up immediatly. There is a delay! Some people get it after 15 minutes. I got mine with a “C”, one hour after my landing. So be patient

Not true. This hasn’t worked since SU5.

Same for me on Xbox. “Flight Captain” lol!

all my achivements are now working since su 7

I am trying to complete Jack of all planes and I am at 90% But I am having a hard time figuring out which planes are remaining. After a while, I started noting down and tracked if the percentage increased for about 12 planes (I already completed with some of them before starting taking notes), but the remaining are a mystery.
Is there a way to learn which ones are completed?

Is there a way to learn which ones are completed?

I think the only way is to track progress yourself. I used an excel spreadsheet and checked after each flight.

doing FFM on the Beta unlimited fuel we will see how it goes!

I’m also stuck at 96%. I have Achievements for the three bush trips, so the sim KNOWS I completed them. And I’ve completed every single landing challenge…so what gives?

It’s super janky. I got it by spamming the “smart cam” over different fauna. It took me 3-4 tries at different locations before it popped randomly.

which aircraft would you reccomend trying?

I did it in a Cessna 172 but anything you can fly low and slow should work fine. Good luck. Let us know how it goes.

ill give it a try later

Mind did the same thing and was frozen for weeks. It randomly started counting them for a few days and is now frozen again.