So guys, guys please no children aka fanboys, let’s stick to science…

I have used quite a lot MSFS lately, had some ridiculous bugs which are not subject of the discussion here, and had fun for what it is today, I did not use Xplane for a bit as I am working to port some of my commercial stuff over to MSFS.

However today I launched Xplane 11 as tomorrow I am off flying after a year off thanks to you know what, finally, I fly an Eurofox (well certified on a few types in over a decade) and the model on Xplane 11 is just as real as it gets down to the unthinkable details of the flight dynamics of this flaperon equipped aircraft. Honestly? I felt super dumb…

On MSFS you always do perfect turns you have no reason nearly to use the rudder in flight, there is no adverse yaw whatsoever, I consider this basics as much as the propeller spinning and aircraft modelled with wings in a home simulator. Even when you touch the rudder the movement in MSFS is super guided, and if you try to kick the rudder it just sort itself out way way too quickly as if glued to the sky. No need for rudder when increasing power suddenly or decreasing it either, there is no movement of the aircraft.

Again not asking for some fancy stuff that there were achieved with years, this is truly ABC for anything with a “Simulator” on it that involves flying.

I tried several models and mods on MSFS and literally this is not simulated at all, barely scripted… probably, along with prop drag, one of the two massive let down of the current arcade flight model.

Of course not a biggie for people who do not care about realism, fine with that each person uses it as it suits them best, however after a bit without using the competitor I do think they really need to spend more time in sorting out things that matter instead of pointless enhanced regions for gamers, as only a gamer would want to get a few POI vs actual realism.

Not sure if that was flagged as I read something already on social media, especially from Pilot as the average Joe (including the Joes that took two flight lessons) may not know what I am even talking about

if you don’t this is what it is: How Adverse Yaw Affects Your Plane | Boldmethod

Hopefully is the right place to flag this.

Have fun, I go back feeling dumb with the rudder before my check flight tomorrow!

I have had a few lessons in my day but you are right, adverse yaw is lacking so is the need for right rudder on climb out in single-engine propeller airplanes. It seems like they sold us all on graphics and they’ll fix the rest later which I firmly believe Asobo will do.

…adverse yaw is lacking so is the need for right rudder on climb out in single-engine propeller airplanes.

Have you used MSFS since SU IV? I’m asking because right rudder is definitely required (at least on the aircraft I’ve flowns since then) e.g. the 152, 172, Extra and Pitts.

@Trustdesa81 are you using the modern flight model?
On my sim there was a weird problem after upgrading. The Extra and Pitts didn’t require any right rudder. Not on takeoff, not during climb, never.
I had to switch to the Legacy FDM and back to the Modern FDM to get the correct FDM back.

Adverse yaw is definitely there e.g. on the 172 at low speed (and contrary to e.g. IL2, there’s nothing ‘scripted’ in the FDM), but it has to be increased and it is WIP.

If you don’t need rudder e.g. in the 172 to keep the ball centered when entering/rolling out of a turn, there’s definitely something wrong with your setup.

Don’t agree with your lack of required rudder application with power changes either.
I need to e.g. retrim the rudder on the TBM after every change.

There is an existing topic in Bugs for adverse yaw: https://forums.flightsimulator.com/t/still-no-adverse-yaw-effect-on-c152-and-c172/148616

Hi there,
You might want to check this out from the last Developer Q&A regarding adverse yaw and Sim Update 5 (3:56 into the video): 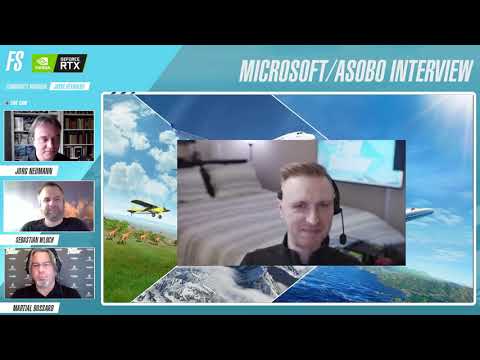 You’re absolutely right, and they acknowledged the lack of adverse yaw in a dev Q&A a long while ago, I think it was still in 2020. If I remember correctly, it’s been there all the time, but on a ridiculously low level. It’s on a plane by plane basis, so they planned to include it along with the other flight dynamics improvements in Sim Update 4 in May, but by mistake it didn’t make it into the release.

Now it’s on track for Sim Update 5 in July, finally.

I would really like if someone would explain this from a technical point of view, as it relates to the implementation of the flight model itself. As far as I could understand, the FS2020 flight model calculates the airflow over each of those 1000 surfaces. So to me it would seem obvious that things like this simply come for free with the airflow implementation. But that doesn’t seem to be the case. Is the airplane’s movement not taken into account? Is this just a basic wind tunnel like model which always considers the wind to be of laminar flow and axially aligned with the plane?

I would also have expected that when the calculation (let’s call it so) notices a change of the chord line by adding flaps or aileron to the airfoil, it would adapt the drag value to this change. if this is happening assymmetrically (like for ailerons) then adverse yaw is just a logical conclusion that in my understanding shouldn’t have to be elaborated additionally. if it pulls on the left side the nose will swing to the left. Depending on the overall stability of the airplane (by the size of the vertical stab for example and the airflow around it). I’m not an aviation engineer so this is just “an idea” but there are engineers that can be asked

There is no adverse yaw in FS2020 modern flight model.
look on this movie I made with C-152 over a strait road:
the red line represents middle of the aircraft.

In real aircraft and in the flight simulator I tried to enter a turn without using rudder: 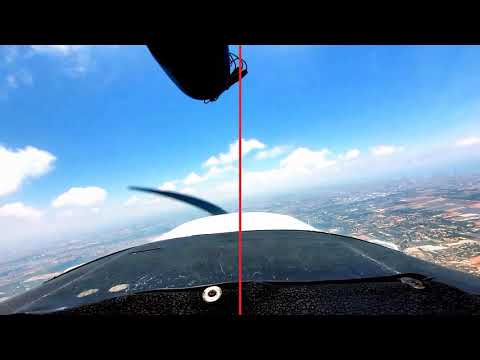 Real aircraft: the aircraft first yaw to the opposite direction and then enter the turn.
Flight simulator: the aircraft roll on the same far point like the pilot use both stick and rudder.

this mandatory behavior used in old FSX, P3D and Xplane is very important for flight students and it must be fixxed.

I wouldn’t say there isn’t any at all, maybe not enough.

Here you are initiating the turn, at 01:04. You can see the red line has moved of the left, not quite getting to the road though:

So the nose did move to the outside of the turn, but not by much, almost getting to the left end of that row of white/grey buildings, and not anywhere near as much as the real plane did.

This is like flying in GTA-V. You really can’t do anything wrong.

I wouldn’t say there isn’t any at all, maybe not enough.

Adverse yaw is indeed modeled and does arise out of the grid sampling multi-point flight model naturally.

Early on in the sim development, a numerous amount of academic sources were obtained as well as flights done with footage to compare to the sim. So, based on that data, numbers were obtained for tail lift coefficients to establish tail stability. Early in the alpha process the adverse yaw was higher, but there were a number of pilot and user complaints about the stability of the aircraft. The base coefficient was increased a bit as a result.

However, in looking at new test footage, Seb found that instead of 2-3 degrees of adverse yaw, some planes can get up to 5-10 degrees of adverse yaw, depending on the airfoil and aileron shape. So, that’s what sparked the SU4 changes for some of the planes’ lowering of the tail effectiveness. The process is not totally complete yet for two reasons:

Thank you for mentioning Legacy mode. Notice right away that the turn and bank indicator on the G1000 actually moves in Legacy. For me at least it seems a little more realistic in legacy, thanks.

Forget legacy mode. That’s a definite no-go! You might be able to adjust the flight model the old fashioned way, but it ruins everything else.

The forum is full of ‘bug’ report due to people using the Legacy flight model.

This shouldn’t be a selectable option at all.

This shouldn’t be a selectable option at all.

Number of complains because legacy mode is selected is huge

I flew the 172 Classic last night and the winds were calm but on takeoff I needed left rudder instead of right rudder, which is opposite. Anyone else have this happen? I am on Modern, no take off assists.