Yeah - It’s starting to look like a lot of the “magic” done to get better performance was really just about pruning down the visuals, lowering the LOD and upping the pop-in amount.

Visually the game is a mixed bag for me from where it was pre original release and then now a year after that.

It seems to keep getting slightly watered down – sort of a boiling frog approach here. 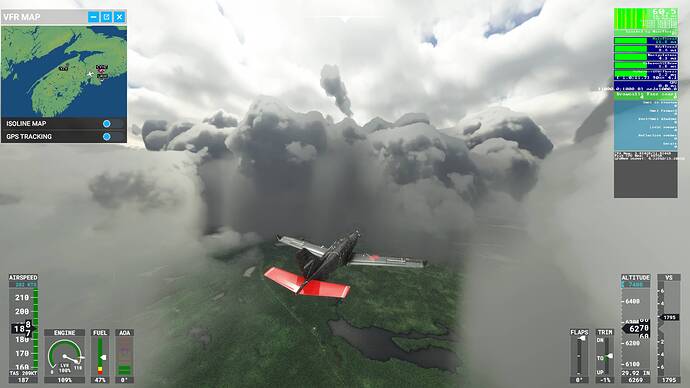 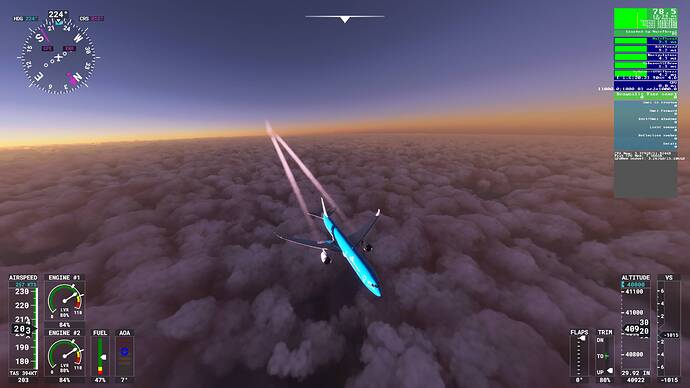 After SU5 the in-game sky/cloud lighting became a bit muddy. By that I mean the underside of some clouds have a purple/green color banding effect. Its something I noticed across PC and Xbox and in others screenshots as-well. The muddy effect persists with ColorGrading set to both on or off in the UserCfg.

purple/green cloud shadows in SU5 with ColorGrading set to 0

A comparison set. SU4 vs SU5. This time with ColorGrading set to 1 (on). Ingame time and weather preset matched.

SU5 has a noticable increase in highlight brightness and visible color banding in the sky. The uncompressed pictures also have the color banding.

Issue started on Sim Update 5. Currently i’m on hotfix 1.18.14.0 running the Steam version of the game.

Actually it looks more realistic to me.
A big complaint dor the past year was it to dark.

Check below vid and just check the new lighting in the comparison screens.

Looks better … more realistic ( sure not perfect ). And even the new is to dark when you compare in real life. I always need sunglasses big time ( c152 lessons ) 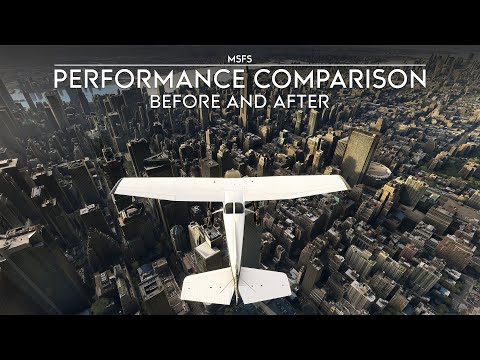 I guess my complaint with the brightness was it felt I was loosing the detail inside the clouds because of it. And to also see the detail in the shadows of clouds getting muddy felt unfortunate. But I do see the case for it being brightened to mimic that intensity. Thanks for pointing that out. What’s good is the CFG tweak gives the option for less cloud brightness for those that want it. I think if the color banding and muddy shadows were fixed up I’d probably begin the really like the new brighter clouds.

Uploaded these shots to reddit as well. Some people are suggesting this muddy/color banding issue may be the result of a mismatch between HDR content and a non-HDR monitor or vice versa. The user said with their HDR monitor and HDR on they are not seeing this color banding issue. I did verify that full RGB was on in the Nvidia Control Panel.

The issue could just be the game lighting not adapting for non HDR play.

The new clouds look as if a max brightness point was chosen but did not take into account the light rolloff in order to make that look natural. The highlights are clipped revealing a muddy purple effect. Photoshop curves waveform for demonstration

That first cloud photo of yours is — dreadful.

I mean - that looks simply horrific.

What the heck are we doing here Asobo?

I just saw some screenshots of an Xbox player and the color banding is nonexistent on there. Now I don’t know if my mind is just playing tricks, or if it’s just a PC problem. If so, I’ll soon lose patience :(.

Where did you find the sunglasses? I search the whole C152 cabin for them.

I need them so urgently as the brightness of the sky is eye hurting, especially in VR.
Everyone knows the golden rule to never look at the sun or bright sky without proper eye protection. 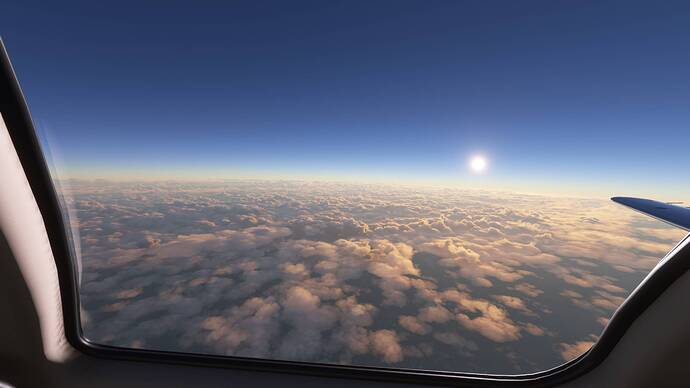 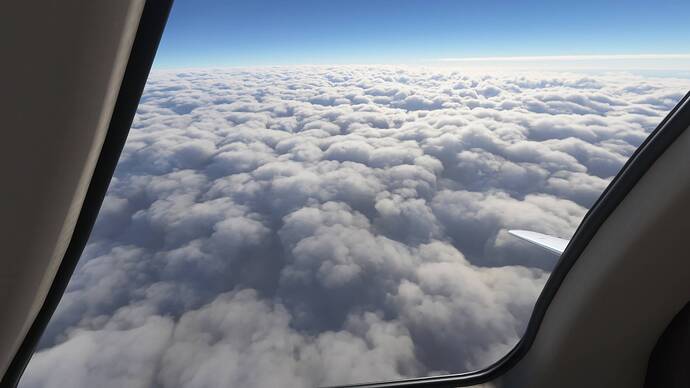 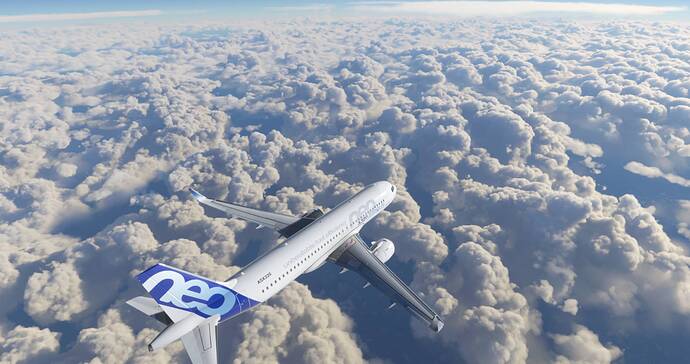 Not gonna lie, those look very nice as well. It seems it largely depends on the angle of lighting.

am goona be sick the cloulds look like mash potatos

Pretty sure that’s the issue. They have forced HDR optimizations on all screens regardless if they are HDR or not.