Are you on Steam or Microsoft Store version? Store

Brief description of the issue: After SU5 the bush trips I had completed had been reset to 0% completion. This was annoying, but I decided this would be a good opportunity to complete them once again, so I started doing the “Breckenridge to Mariposa Yosemite” bush trip. I completed it to about 50%. Now, half a week after SU6 I now noticed that the completion was gone AGAIN.

Detail steps to reproduce the issue encountered: The progress might have disappeared for you. Otherwise wait for the next sim update I bet…

Build Version # when you first started experiencing this issue: SU5

I have had the same problem. On the Nevada Bush Trip the landing is not recognized, and yes it is the correct airfield. I have verified on little nav map, also on Swiss lakes trip leg three . All after update 5.

Issue - The problem seems to be a corrupted / incorrect SPB file in a bush trip leg’s save folder. You can tell by the improper size of the SPB file which should be the same as all other SPB files in the other save folders. The bad SPBs were 29 KB while the good ones were 62-63 KB.

Fix 1- The fastest / best fix might be to copy a good SPB file from another folder to overwrite the bad SPB file and then start where you left off at the unrecognized landing. You will know it worked if normal navlog directions appear when you start the new leg. This swap should take just a minute including searching your computer for the save folders.

Fix 2 - If the navlog does not appear, then delete / rename the last save folder(s) with the corrupt SPB file(s) and re-fly the last leg(s). In my case the last two legs got corrupted. The bush trip menu will still show you have completed the “deleted” leg(s) but re-fly anyway and you will get a good save folder for each leg. I flew a bee-line directly from airport to airport but another thread mentions entering and exiting developer mode to hop airports.

Background - My issue happened on October 21 where I landed at Truckee Airport but nothing happened. I re-flew the leg but nothing happened again, so I re-flew the previous leg (Bodad to Sierraville) and landed but it was unrecognized as well. I backed up another leg (Susanville to Bodad), re-flew and landed okay but when I continued I had the same problem with an unrecognized landing. I gave up for about a month until I came across a thread that mentioned deleting the whole bush trip folder and starting again. But I was already fatigued by this bush trip so I thought to just rename the last two legs that were giving me problems and that worked.

As you can see from the images I renamed my NEVADA_SAVE_0018 and _0019 folders with ‘old’ and the sim created new replacement folders when I landed. I re-flew leg 17 (Spaulding to Susanville) in hopes of getting a new leg 18 save folder and that did work. I got an updated folder for leg 17 too but I’m not sure why.

As I was flying each leg there was an autosave folder that updated itself at least every minute and disappeared when I landed.

When I landed at Truckee airport for leg 20 I got a completion message - finally. 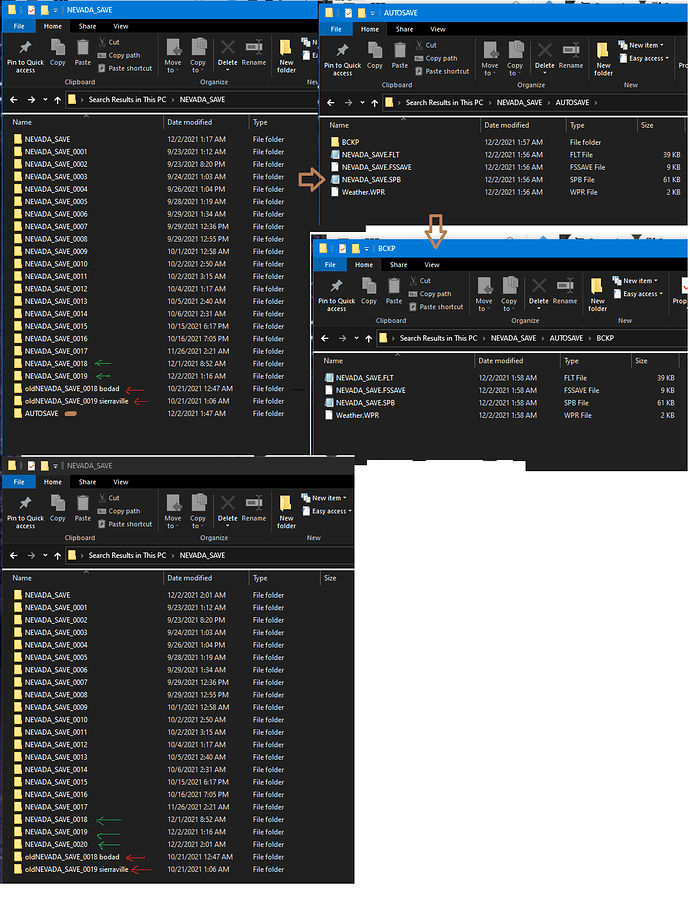 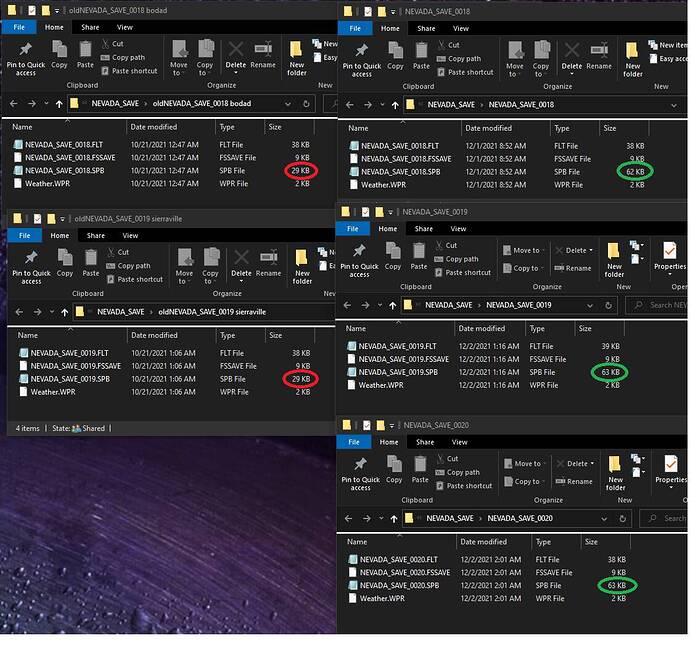 Great response, thanks ! I’ll definetly try your workaround this WE.

Great info an excellent work around I will try it out. many thanks