While viewing the cabin windows from the interior of the cabin you will see them glitch and move.

This is how I remember it was many months ago when I last flew it. I can only assume this glitch has returned? So it was fixed at one stage?

I’d never seen it before now, but I seem to recall reading something along these lines some time ago.

This seems to be the only set of patch notes I can find yet mentions nothing of this glitch, the official discussion thread has been closed down as well which I don’t understand. It is to me looking like this isn’t really getting any more support based off how quiet the discussion is. Seems to be falling into the “Old and Outdated” black hole.

the official discussion thread has been closed down as well which I don’t understand.

All forum threads close automatically if there have been no new posts in 30 days. We didn’t close down that thread; people just stopped posting to it.

I thought “Official” type ones were the exception as well as Wishlist and Bug Items, my mistake.

Would there be a chance to reopen one, just in cases like this when new stuff comes up… rather than opening a new one?

You may request a topic to be reopened by sending a private message addressed to @moderators with the reason you’d like to have it opened.

@NixonRedgrave, I’ve been trying to replicate the issue and can’t unfortunately but maybe a clue in unto itself. What model, livery and what Airport has this occurred? 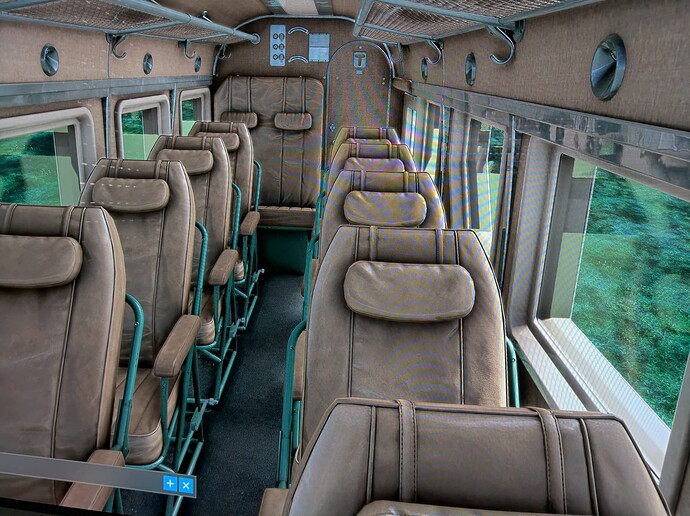 I repeated it twice at two different airports.

KSBP & KPRB C&D, rain preset weather, the aircraft engines need to be started or it won’t do it. I also had the beacon, nav and fuel tank lights on, but I’d cycled them off once the glitch started to see if that had any bearing on the issue — it didn’t.

I’ll test it out on my main Series X connected to my 4K 60Hz display, which has HDR, but not Dolby.

For the record, I have the Premium Deluxe sim, all WUs, WT G1000 NXi and Junkers, Staggerwing & Twin Beech installed. No other Marketplace content.

Ok, I tested this again — KSBP, rain, C&D, engines running — on my primary simming Xbox and I get the same effect.

If I shut down the engines the issue goes away.

If I switch the weather to live, it goes away, but this is probably because it’s clear blue skies here. If it were raining, perhaps the issue would remain.

Switching back to a rain preset causes the issue to return. All of this is done without leaving the aircraft, but by using the weather settings via the toolbar.

In summary, the issue seems to be related to rain and the engines running together.

Hmmmm. Maybe I’ll try spawn in at a place that’s live raining, see if that has any effect. Seems some kind of conflict or possible correlation at play with using those presets? I wonder if the same thing happens using that SOFLY weather add on. I don’t have it so can’t test it.

Maybe a SFX problem on the cabin windows, I can’t remember if those windows show rain droplets, not that I think I’ve ever encountered rain flying the Junkers anyway.

Seems to only occur in rain. Tried Live weather rain and happening also. Bug happened without starting any engines or systems as well.