The OP was asking if we need a PRO version for the simulation crowd and let the arcade fans play the current version. I think we can have both in one. Even the arcade fans will benefit from a solid simulation.
If you want to barnstorm with your XBox controller you can do that now with assists turned on and crashes turned off. We just need Asobo/MS to get the base squared away so the serious “study level” developers can do their thing.
Previous versions of sims never had the potential we have here, once the ‘world’ it is in gets humming. Real live weather, real live traffic, real world outside the window for VFR navigation and more.
Once we have real quality aircraft none of the serious simmers will ever launch a default airplane again.

. Not sure if you can call the F104 an aircraft though, that thing is more like a rocket. And regarding solid arguments, there are plenty. Regarding the flight model I have done a lot of objective tests, comparing data with the approved aircraft flight manual. There are some good threads out there, but some are indeed ■■■■.

No, you shouldn’t (not that it would actually be evidence). And at the same time, you shouldn’t expect your arguments to have any more weight than anyone else’s just because you write on an internet forum that you’re a “real life pilot” or the real life CEO or Airbus.

I find it amusing how many of the loudest “pro-simmers” are claiming they don’t care about “eye-candy”, yet in other threads they cry about specific graphical details…

I find it amusing how many of the loudest “pro-simmers” are claiming they don’t care about “eye-candy”, yet in other threads they cry about specific graphical details…

I find it amusing when people define themselves “pro-simmers” or similar things to be honest.

If some took themselves a bit less seriously, they’d probably enjoy the sim (or any product really) a lot more.

If it comes to assesing the flight model for example it definitely matters if you are a real world pilot or not. If you don’t have real world experience, what are you gonna compare the flight model to? Other simulators? But on the topic of a “pro-version” could use some help voting these up:

I don’t know if anybody else noticed, it’s kind of funny in a way and sad at the same time considering Asobo don’t seem to understand how a localiser works. I was flying the TBM on arrival (base) with the ILS frequency tuned on both sets and bearing pointers set to NAV 1 and NAV 2. I noticed they were actually pointing towards the airport. I’m talking about the bearing pointers here (blue needles) and NOT the CDI. That is weird obviously as in the real world bearing pointer will never point to…

FD lateral mode not working with AP OFF on any aircraft! Aircraft Systems

This is a a bug affecting nearly all aircraft in MSFS: When flying with Flight Director ON but Autopilot OFF and any lateral mode selected (HDG - FMS - VOR - LOC doesn’t matter), the Flight Director commands wings level and does only respond to the active vertical mode. When selecting autopilot ON the flight director starts responding to the active lateral mode and the autopilot starts following it. Of all the aircraft I’ve tested so far only the Airbus A320 seems to be unaffected but …

And a solution to the inacurate ATC phraseology:

Hello everyone, I’ve completely re-written the ATC text-to-speech to reflect European radiotelephony phraseology within the limits of the current ATC system. Both VFR and IFR closely resemble European RTF phraseology with this mod. Download: ATC Phraseology Mod V1.3.zip.pln (3.6 MB) Big thanks to @Usoska for simplifying the installation process! After downloading, remove the .pln form the file name, unzip and execute the .bat file. The installer will automatically create a back-up of the or…

You can have my votes. I’m all for this sim being improved.

Just another false statement. I don’t believe for a second that this game was released with solely the simmer in mind. The guy making this statement back in 2019 may have truly thought that was what they were working for but their goal sure did shift at some point. There’s no way he can make that statement, then at release we get half functioning aircraft, many of the aircraft not even close to their real-life counterparts in terms of performance, no support for many cockpit builders hardware, ect, ect ,ect.

It seemed like a couple of the other guys on stage started looking very nervous, like they were almost thinking omg, why is this guy saying what he is saying!

It is just so hard for me to believe much of anything they say after releasing all the previews and that whole discovery series. Then the initial release didn’t have half of the features they had been advertising, aircraft didn’t perform even though they had advisors from the different manufacturers, avionics were absolute garbage, and on and on.

Like Always I don’t Claim This Game Won’t Get There EVENTUALLY! It just was not anywhere near the level of hype and completeness that Microsobo had claimed for the past year and a half.

Seems like a majority of the people clamoring for a “pro” edition are not even aware of Flight Simulator 2000 Professional edition. There was nothing “pro” about it except additional aircraft. Essentially what Deluxe and Premium Deluxe are to Standard. 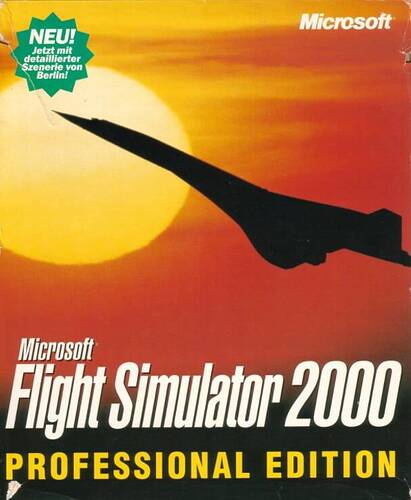 Now I have talked about how some of the graphics don’t seem to work or are some issues with but I have stated several times that I believe the graphics have always been an area that I thought Microsobo had done very well, truly next gen in so many ways. Not everyone that discusses those LOD issues are being critical in a negative way like you are suggesting. My gripe has and will always be on features that had been advertised pre-launch and were completely absent or bugged at release. Avionics, live weather, aircraft performance, and the watermasking (particularily areas that were showcased in Discovery series). No excuse for those issues to have been as bad as they were.

People asking for a PRO edition, then requesting items in that edition that were already stated to supposably be in the version that Microsobo already launched.

Not sure if there is anything that could come close to a “pro” edition without a hydraulic cockpit and certified instrument panels.

As far as what was promoted by the marketing department and what we actually got. That seriously needs to be rectified.

There are some simmers out there that can take the basic version of the software and make it “Pro” with their homemade cockpits though. Wish I could count myself among their ranks.

Microsobo had claimed and advertised they had the advanced weather and the nav data covered in their game though. So the price should come down but I do definitely understand where you are coming from. If someone truly wants a full flight sim experience it is going to cost a lot more than just the initial sticker price of the software.

MSFS is to cheap to be realistic.Look my post 20mn ago

Just another false statement. I don’t believe for a second that this game was released with solely the simmer in mind.

They never said “solely.” What you just did is a strawman argument.

Their statement looks entirely accurate, on the other end, strawman arguments are inherently false.

As for the rest of your post, by that logic no simulator in history has ever been made with the simmers in mind, because those problems are common to ALL at release. They’re inherent to the complexity of this kind of product.

If you don’t know that, either you have not played a sim at release before, or you don’t remember.

Not only the software cost a lot more. A powerfull PC is required for treat all the programs together. I am flight simmer sinds 2012 and 63 years young. MSFS is yet to basic for me and the many bugs make it impossible to learn seriousely about flying because no one aircraft is not correctly configurated and mostly the airliners. I give a example: The 747 MSFS can not fly more than 8 hours, the real 747 can fly 21 hours.The 787 MSFS can 35 hours,the real 787 15 hours because they have invert Kgrs in Lbs. I have watch the interview video, the team look not so happy and i think that they have underestimated how complicated it is. Asobo’s team know nothing about structural and physical aspects of aeronautic.