This is how fog should be, were realistic at release. 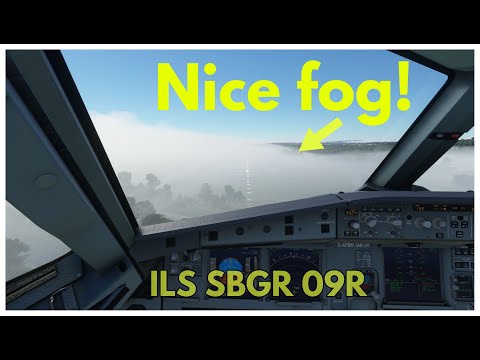 Yes, agree, that is the way it should be. I bet if that video was taken 5 min prior, you would be able to see that bank of fog from a distance, not suddenly appear out of nowhere…

Love how “patchy” it is - just like real life.

They HAD it correct. I still don’t know why they changed it.

I still don’t know why they changed it.

Programmer had a job well done, and nothing left to do but twiddling his thumbs. Boss came by and said “Get to work!”.

Not only does haze layer show up abruptly, it can also disappear abruptly

Upvoted, had this issue on approach yesterday to MMUN. Weather looked clear until the runway was in sight, then all the sudden a nasty haze layer came into transition. It was clear it was the haze layer associated with the METAR, but like others stated, applying the haze layer to only the METAR radius makes for a very awkward transition and approach.

There should be some type of blending of the METAR with surrounding weather to prevent this. You should be able to see the haze layer well in advance and not be caught off guard during final.

From elsewhere in the video recording I calculate the transition time as about 17:47 UTC on August 4, 2022. The last METAR at that time would’ve been:

This was mentioned in the latest update released today. Good to know it still has issues - I haven’t tested it on my end yet.

Well, the fog/haze layer needs to appear somewhere. I thought pre su7 this should have been blended into the Meteoblue weather. But METAR uses a completely different system it seems.

I expect it to be visible from a greater distance, not to appear suddenly.

This issue should no longer occur with the new 1.27.13.0 build, so I’m going to mark this thread as #fixed-on-live.

Please let me know if this issue is solved for you, or if you continue to experience it.

A video by Vibstronium above shows that it is still an issue with the 1.27.13.0 build.

Thank you! I missed that when I was checking the thread. I’ll pass @Vibstronium’s video along and let the team know this issue is still occurring.

Fog seemed to pop up further away in my testing. I was also slewing my plane so was travelling significantly faster than normal.

It seems that no visibility information is pulled from meteoblue. This is very apparent in NZ where we only have 3-4 METAR stations that register in MSFS. NZAA was blanketed as per the METAR correctly however looking at meteoblue maps the fog layer should extend significantly further out along the coast and off shore. 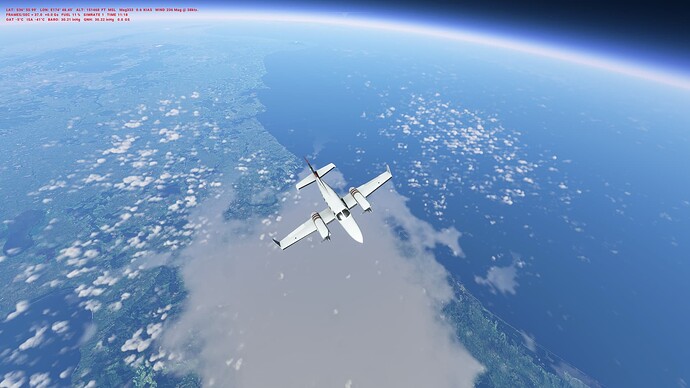 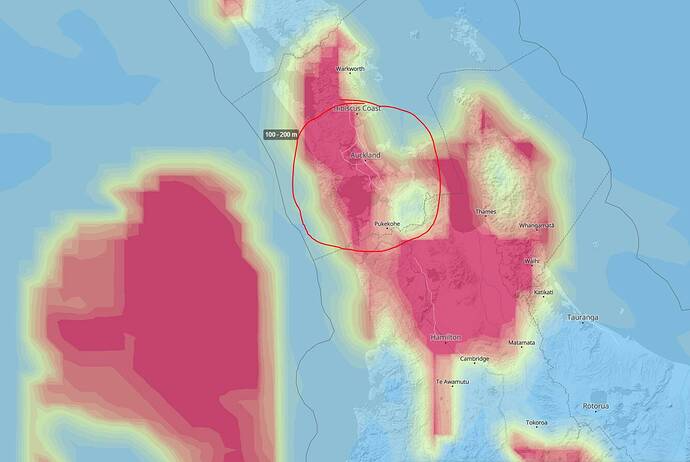 This is likely why we notice these big areas of haze in some areas where METAR coverage is sparse because only areas in the vicinity of METAR reporting stations can display visibility data. If the meteoblue data was actually used by the sim we would have seen a more gradual buildup along the coast so that the METAR haze layer wouldn’t have stuck out like a sore thumb (or materialize when you’re right over it).

Yes, and you know for sure the airport is located in the center of that fog. It’s like a point of interest marker. Would have been much better blended with that visibility you showed there from Meteoblue.

Interesting cloud formations though, they sort of match the extent of the meteoblue fog, it’s almost like the sim is rendering non METAR visibility with clouds. These weren’t low enough though so probably just a coincidence.

Could be. Have you checked if meteoblue reports fog in the area on the weather today page? I’ve noticed if it does we can see fogclouds over ground.

Seems they changed the speed of the transition from abrupt to fading in. Maybe it’s not so easy to make transitions go away completely with the new weather engine.

TAF is quite literally made of Meteoblue or equivalent forecast, plus some human magic dust but only if the TAF is actually generated manually. Often TAF is auto-generated.

Ideally, if VOBL, VOMM, VOHS, VOTP, VOCP… all are reporting less visibility then it shouldn’t be a rocket science to figure out that the region as a whole has similar visibility. But then, you’ll see all those airports having a METAR bubble around them and clear visuals outside their vicinity which looks cartoonish. I still don’t understand what sort of interpolation is going on here as part of SU10 beta.

That map from meteoblue is not accurate at all. Many a times, real and METAR reported visibility would be low but this map would show clear conditions. In my region, it usually indicates low visibility only if there’s precipitation.