Is the Intel i9 10900k not powerful enough? Limited by Main Thread

What are your AI settings?

When maxed out (as in the screenshot) and spawning at O’Hare I get 40FPS, and this increases to 70FPS when I turn everything off. 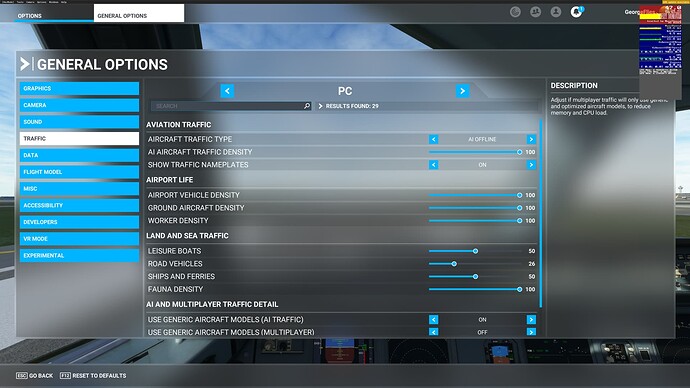 I’m not using offline AI like you show in your settings. I’m using real-time online. As I sit there, slowly setting up the A310 for a flight, the airport fills up almost completely and my fps just keeps dropping.

It seems like real time traffic aggressively fills up large airports. I’ve never seen O’Hare with all the gates filled at once in the real world.

I definitely wouldn’t set offline AI to 100 though. I think you’re guaranteed to crush performance at a big airport.

Ah, I didn’t know about that thanks. I’ve been reading up about it and people are saying it’s not as resource intensive as AI, which I guess makes sense as it uses data rather than compute power, but that was an old thread and things are have probably changed since recent updates as you say.