It doesn't move for an hour from the startup screen

After the mystery update happened …Is there any improvement plan? 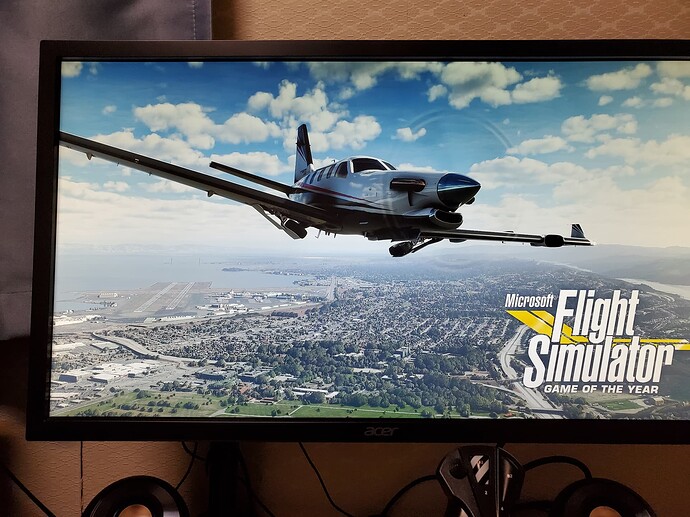 im unclear what ‘mystery update’ your referring too
we had 2 updates last week, on thursday we had the delayed WU number 8 listed here

Start exploring the coastal nooks of the Mediterranean and Atlantic, the heights of the Pyrenees, and legendary architecture of cities like Lisbon and Madrid with World Update VIII: Spain, Portugal, Gibraltar & Andorra. Fly over the Basilica of the Sagrada Familia to appreciate its architectural details, admire the innovation at the Aqueduct of Segovia and the richness of the City of Arts and Sciences in Valencia. In Microsoft Flight Simulator World Update VIII, this region has been enhanced wi…

then 1-2 days later? (location dependent) we had a Dev update shown here

[emerald isles] Screenshot by pommes_l (Twitter) World Update 8: Iberia is officially live! Click here to for full release notes and check out the trailer below: ﻿ Thank you to those who made it out to our monthly Dev Q&A yesterday. The full video can be found in the Twitch section below. Coming up next week: our Local Legends #3 aircraft, the Dornier Do J Wal, will be released to the Marketplace on March 29th, 2022. - MSFS TEAM - [image] MARKETPLACE CHARITY CAMPAIGN We would like to ta…

admittedly the dates dont line up exactly, since the first update was delayed

is this on pc?
its tagged as xbox but that looks like a pc monitor, possibly used for a console?
you should give as much information as possible, there are many help topics with Many solutions for this issue

There was an update to WU8, that deleted some duplicate files apparently.

We just released an update to WU8 to the Content Manager that removes some duplicated files. Installing the update will free up approximately 5GB of space. There are no changes to the World Update itself.

ohh yea i see that, maybe it was that rather than an actual dev update i thought it was
i appreciate the clarification thanks

I use translation because I don’t understand much English, but I use xbox ss.