Hi. I don’t know who to write about this but I will give a try here, since neither Microsoft, Zendesk or Asobo would give me a propper answer. Zendesk just automatically send me to Microsoft and they just give me the same 14 days policy automated bot answer they always give for refunds. Here there is a explanation of the matter:

It turns out that I bought, the same week that the game launched, a “Premium-Deluxe upgrade” within the Microsoft Flight Simulator 2020 in-game marketplace which said that it included the base game PLUS everything else. So I, and a lot of other people, we thought that this included absolutly everything from the game since the description from the marketplace product it’s exactly the same of the one in the MS Store (guess what the MS Store description of the product it’s also changed) as you can see in the pictures below. When my Game Pass ended I couldn’t access the game, and not only that, Microsoft Store won’t let me ask for a refund for that “upgrade” which turned out not to include the base game + the upgrade, even though the description said it does (this description today is changed with a clear big note that says it DOES NOT INCLUDE THE BASE GAME which IT WASN’T THERE BEFORE) but meanwhile many people, including me, we have a totally useless “upgrade” that does not allow us to play the game and all this because of the disgusting and totally misleading marketing that product claimed to have in the beginning.

You can search the forums here, reddits, etc., and there are a lot of people having the same problem.
And what it’s really confusing it’s that there are people that got the refund even after the 14 days beacuse of this problem.

Thanks for your time and sorry for my anger and bad English. Don’t get me wrong I love this game so much but I don’t know what to do anymore I’ve been fighting this for months. The economy of my country it’s dying and even if I get a refund I already lost like 35% of the original price if I want to buy it again. I just want a good explanation of how this is not a marketing fraud. 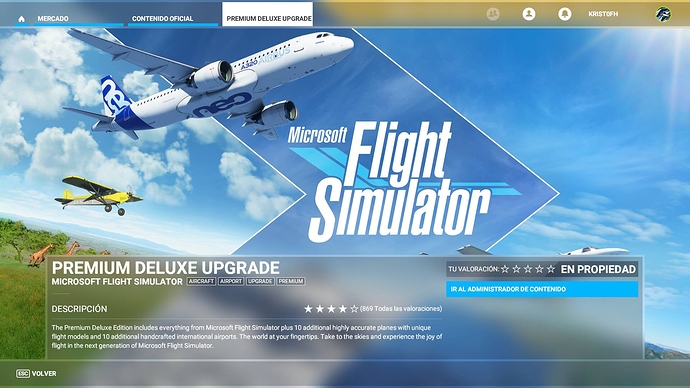 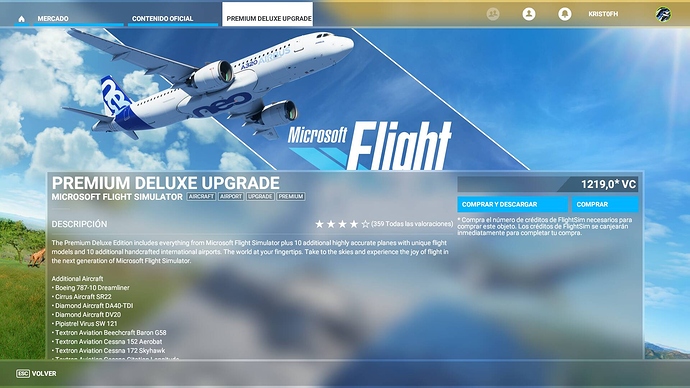 Best is to start a live chat with Microsofts helpdesk. Nobody here will be able to help.

Krist0fh back on August 15, you made a post enquiring about exactly this question:

Are you sure if buying the upgrade are we getting the full game. Some people says that when the game pass ends you have to buy the standard edition to keep playing. But I didn’t found any official word about this.

The responses to your question made it clear that the upgrade didn’t include the base game.

Ok, that being said.

What about people who have said…ok, we get it. If we purchase standard version from MS Store, then do we get the upgrade we paid for?

ALL marketplace purchases I make should carry over if I have purchased standard edition from the MS Store or Steam, and then end gamepass. This includes, aircraft, sceneries, and yes, even upgrades.

I have the gamepass edition, and upgraded via market place, and later discovered that I didn’t own the full copy. Ok, I get it, my bad. But if I have purchased the standard edition and decide in the future to end gamepass, my purchases in the marketplace should be tied to my xbox account, and as a result, should appear in the standard edition after I end my gamepass subscription.

I have heard reports…

So link them. Then maybe there might be something to discuss. I for one aren’t interested in threads containing nothing but vague assertions about things that might possibly have been said somewhere else…

I will look for a link where this was discussed., but I think my own post was clear enough to provide a definitive answer.

If I purchased the upgrade in the marketplace while using the GamePass subscription, and then later purchase Microsoft Flight Simulator Standard Edition from the MS Store or Steam, When I end my game pass subscription, will my upgrade carry over to the standard edition I have since purchased?

That’s a pretty straight forward question and NOT vague assertion.

The thing is that I bought the upgrade before those replies were made. I bought it on Aug 19. And there was no words from anyone about that matter that confirmed the point before I buy it. Neither the product was described as expansion or DLC. In the exitement I just bought it thinkin it was the right thing.

As for the answer, I don’t know. Which is why I asked for a link, since you seemed to be claiming that you already knew what the answer was.

Krist0fh I can understand that. When did you ask for a refund?

I agree with you…I did much the same thing and found that I was mistaken. My contention is, if they will not offer a refund or provide one, based on the fact that you purchased the upgrade under misleading information, then the LEAST they should do is honor the upgrade you HAVE purchased if you purchase the standard version. Yes, you’ll end up paying more. ($60 + $90 = $150 vs $120, if you had just purchased it outright). But that’s better than being asked to pay $90 + another $120.

For refunds and compensation please direct your communications to Zendesk. Unfortunately there’s nothing that can be done in this regard on the forum. As such, I’ll be locking this thread.

Thanks for understanding, and all the best